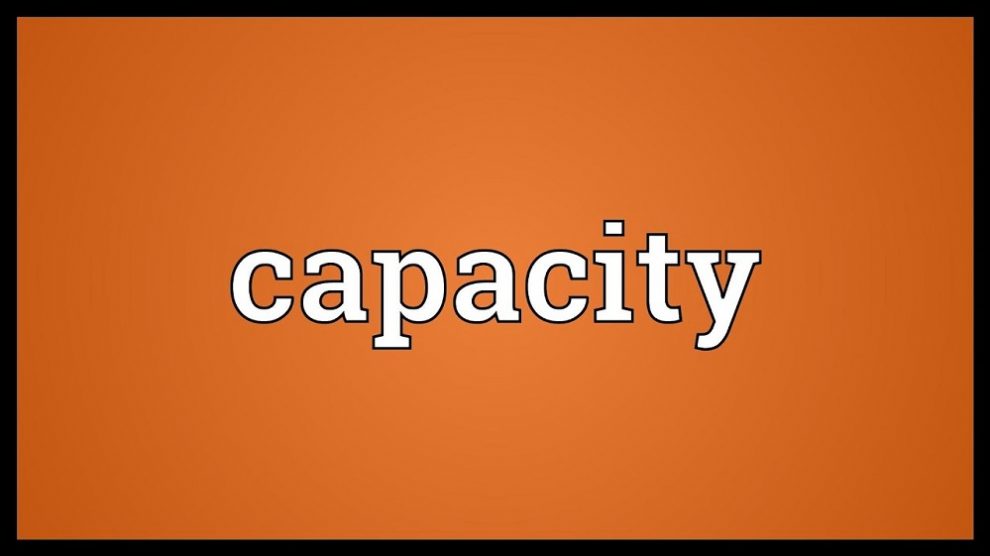 We normally use the word ability in a very wide range of contexts and with similar but different meanings. In general, these meanings have to do with the possibility or the suitability of something or someone to carry out a job, serve a task or resist some type of phenomenon. Everything will depend on the area to which we refer. What is capacity.

The word capacity is obtained from the adjective capable, and etymologically these words come from Latin respectively: capacitatis and capax, both derived from the verb capere, translatable as “take” or “collect”. Hence, capacity has to do with the possibility of something harboring something else inside.

Thus, for example, in the world of physics it is common to use “capacity” as a synonym for volume: a fuel tank of a vehicle usually has about 40 liters of gasoline. This clearly means that above this capacity, the liquid will overflow and spill.

With that same logic in mind, one can also speak of caloric capacity, when we speak of the amount of heat that a body can store, or electrical capacity, when what is stored is electrical energy by a conductive material. As will be seen, they are different senses of the same mental principle.

Something similar happens when we speak, in other contexts, of cranial capacity: the amount of gray matter that fits in our skull (or in that of other species). On the other hand, the channel capacity is the amount of information that a communication channel can withstand, transmitting it reliably. Above this capacity, information quality is lost.

A slightly different meaning is the one that involves other uses of the word, such as when speaking of aerobic capacity or anaerobic capacity. In this case, instead of containing something, we refer to the possibility of the body functioning in the face of different types of efforts: one rich in oxygen (aerobic) and the other low in oxygen (anaerobic).

Our body has the ability to work efficiently in both contexts for a certain time, before presenting symptoms of fatigue. We could think of this as that our body can “store” (figuratively) only a certain amount of effort of each type, before being “overwhelmed” (although in reality, it lacks the energy to continue with the effort).

Must Read: Assemble a computer or buy a ready one?

In terms of civil law, we speak of legal capacity to refer to the possibility that a person is the holder of legal relationships or that he acts on his own in civil life.

This is evidenced when someone’s incapacity is declared, that is, their inability to respond to their obligations and to look after their own interests, as occurs with minors, or with people in an irreparable coma, or with people suffering from disabling mental illness.

There are, in general, two forms of legal capacity:

Legal capacity for enjoyment, which is the ability to have both civil rights and obligations with respect to the group. In principle, every natural person has this ability.

Legal capacity to exercise, which is the ability to enforce ones own rights and contract new obligations on a voluntary basis.

It is also common to speak of ability, or rather capabilities, when it comes to qualifying the personality and / or way of being of an individual. Specifically, this term refers to certain types of individual characteristics that allow someone to perform efficiently in the face of a responsibility, and that can be differentiated from each other as follows:

Capabilities. They are the basic conditions or skills, mainly intellectual or personality, that enable a person to do something or at least learn to do something. A certain linguistic ability is required, for example, to learn other languages.

Skills. They are the aptitudes, innate or learned, that allow a person to do, that is, to fulfill certain tasks having what they have at hand. For example, a person with manual skills will be able to carry out repair or construction tasks much more fluently than someone without them.

Competence. They are the capabilities of excellence in carrying out a task, that is, the possibility of carrying it out in an efficient, unique, original or singular way. Competencies are often the product of talent and learning, that is, the sustained development of one’s own abilities and the acquisition of useful skills along the way. 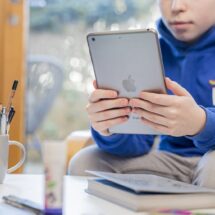 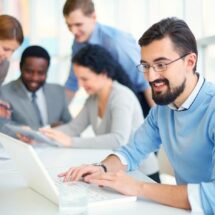