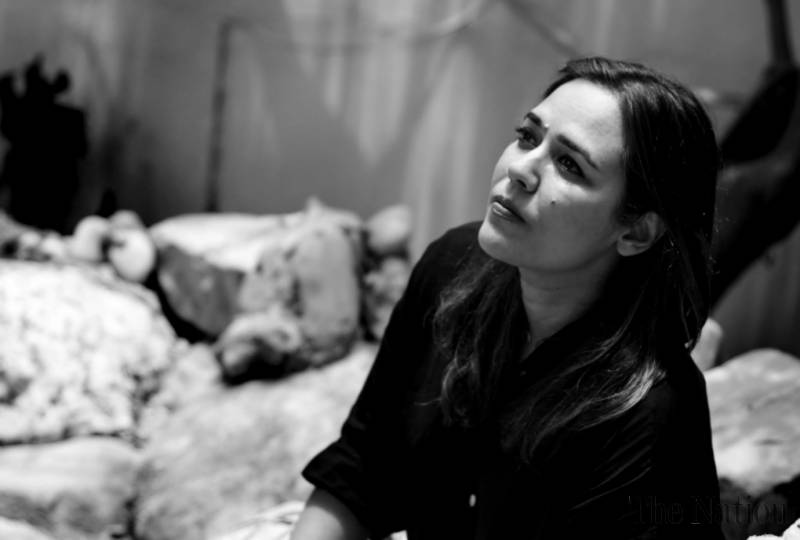 Mehreen Jabbar, Pakistan’s most creative and imaginative director/producer has joined RINSTRA’s Content Advisory Board. She will be advising the board and the management on content creation, while mentoring the young and emerging filmmakers on content treatment and digital storytelling. RINSTRA is Pakistan’s first short-form digital media platform for on-demand streaming and for creation of user generated original content.

Mehreen is a Pakistani ­ American director,who is a 20-year veteran of the industry, with a prolific career as Director/Producer of gritty, hard-­hitting films and TV series for Pakistan and South Asia, which have earned her both critical and commercial success.

Mehreen agreed to be part of the RINSTRA platform to set the direction for the board for relevant content creation. Mehreen is also making a web-series for RINSTRA, which will be a psychological thriller. The series is being shot in New York. The cast includes Naeema Butt, Tania Kazi, SheziSardar, and Nida Hussain. The web-series, written by Shah Yasir, will be a unique suspense thriller for the viewers of Rinstra in Pakistan and beyond. The viewers will be able to see the series on RINSTRA.com later this year in December 2020.

On joining Rinstra’s Advisory Board, Mehreen Said, “it is an absolute pleasure to be part of this amazingly creative platform that has the option for young film makers to showcase their work to the world”. She further said, “I am looking forward to share my stories with the emerging filmmakers in Pakistan”. “it would be a great opportunity for all of us to create this new digital system for Pakistan”, she added.

The Co-founder and Chairman of Rinstra Technologies, Dr. Adil Akhtar shared his thoughts on Mehreen Jabbar’s joining and said “we are proud of the work that Mehreen has done, she is no-doubt the flag career of Pakistan at the international film makers arena. Her commitment to excellence and diversity in topics selection are not only inspirational but encouraging as well. We hope this joining will help our emerging filmmakers to improve their storytelling skills”.

Misbah Ishak Khalid, the Chief Creative Officer of RINSTRA, while welcoming MehreenJabbar on the Board of Advisors, said, “this is a great opportunity for the emerging film makers in Pakistan, as they can gain great insights from the work, wisdom and knowledge of such an international big star like MehreenJabbar. We will create opportunities for the film makers associated with the Rinstra platform to have a direct interaction with Mehreen to learn from her experience. This interaction will be both online and offline accordingly”.

After, directing her first play in 1994 when she was just 23 years old, Mehreen went on to create work, which ranges from short independent art films to commercial serials for television. Her work has appeared in many film festivals around the world. At home, in Pakistan, her unconventional style of storytelling has earned her much acclaim and several awards.

Mehreen has also made a number of narrative shorts that have been screened internationally in film festivals as well as on TV. Her award winning short films and TV series include ‘Daughters of the Late Colonel”, “Beauty Parlor”, “Doraha” amongst others.In 2008,Mehreendirected her debut feature film titled ‘Ramchand Pakistani’ for which she was awarded the ‘Global Film Initiative Grant’. The film premiered in competition at the Tribeca Film Festival and continued a successful festival and theatrical run. The film was awarded the ‘Fipresci Prize’ by the ‘International Federation of Film Critics’, the ‘Audience Award’ at the ‘Fribourg Film Festival’, Switzerland and an ‘Honorable Mention’ by the 13th Annual Satyajit Ray Award at the London Film Festival. In 2010,Mehreenwas invited to screen her film at the Museum of Modern Art, New York.

MehreenJabbar has received numerous awards for her directorial work. Mehreen has been a member of the National Board of Film Censors in Karachi and a founding member of the KaraFilm Festival in Karachi, Pakistan and WAR (War against Rape). She was invited to serve as a juror at the Leeds International Film Festival in 2002, at the HUM TeleFilm Awards in 2012 and at the ARY Film Awards in 2015. She was also the Artistic Director at the Maisha Film Lab in Uganda in 2011 which is ­ a non­profit training lab founded by director Mira Nair.