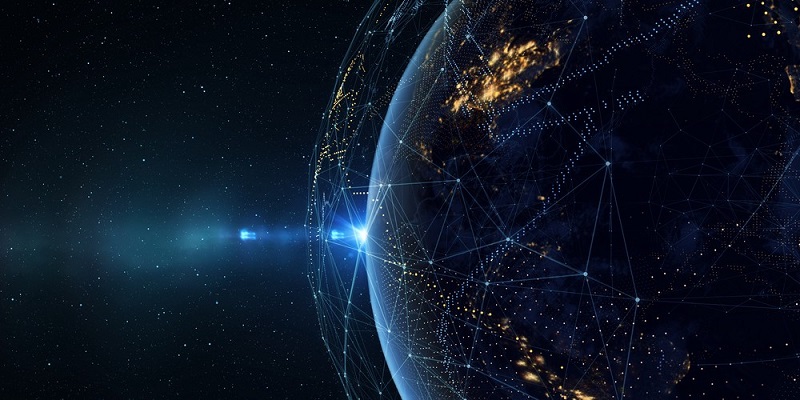 5G is the network of the future that the world has been dreaming of for the last few years. However, still few people really understand how it really differs from all sorts of 3G, 3G + and 4G. That is, from what we already have, even here in Ukraine. Today I will try to explain what exactly awaits us in the case of the introduction of such a desirable 5th generation network.

For starters, what is 5G? And what are the advantages of new networks? The fifth generation, it seems to most, will bring us just faster internet. No, very fast internet. They promise peak values ​​of 5 Gbps (!!), which will allow you to watch 40 4K views on YouTube in real time. Isn’t this the most beautiful thing in the world?

However, now you probably thought, why should I watch so many videos? I already have LTE, or even 3G, which is enough to please and walk on. And if it’s set up properly, I can safely not only watch YouTube, but also play with toys, and even turn on the Wi-Fi hotspot to do the same thing from an old laptop. And in general it is so, but if we dig a little deeper, we will see that even the number of devices we have today is more than enough to fully load existing networks. As a result, we get significant connection delays, frequent departures, when the smartphone tells you that the network is as it is, but “sorry, while you do without the Internet.” Well, or even a complete disconnection from the network.

Is the Internet exhausting itself?

And imagine what will happen if thousands or even millions of small devices of the same smart home are hooked up to existing networks. I am silent about a smart city. Yes, again, this is exactly what does not surprise anyone now. Smart outlets, light bulbs, microwaves and refrigerators have been around for a long time, and I wouldn’t be surprised if a couple of them work at your grandmother’s house. But all of them are currently working through a Wi-Fi connection. Oh, by the way about Wi-Fi. I think it’s no secret that the home internet, which is familiar to all of us, exhausted its resource last year. I mean the mass transition of providers to the ipv5 protocol.

What is the reason?

The reason is simple – the range of addresses of the previous generation protocol, banal, is exhausted. There are just too many connections, and each new device connected to the World Wide Web must get its own, unique address, and… These addresses have expired. The situation is similar with the mobile Internet. If you connect too many devices, the network will not last. No fall, there will be no general collapse, which scared us Apple. However, the ping in your favorite toy will increase, and the video on YouTube will constantly slow down and it will be annoying.

Of course, we understand that the example of toys or YouTube is far from critical. Everyone, one way or another, will survive it. But what about, for example, traffic lights, which, in the long run, must also be connected to a specific server with artificial intelligence. Although… let’s not occupy the vulnerable brain of Elon Musk, and paraphrase. Which, in the long run, should also be connected to a specific server with a set of algorithms that will be used to regulate traffic based on the situation on the roads. This server has to control hundreds of the same traffic lights, and here already, in case of long delays, or even failures in data transfer from our artificial set of algorithms, most likely there will be a local micro apocalypse in which many cars in which there will be many will gather. people who have a lot of devices. Well, you know what I’m talking about. And this is exactly the problem that the 5th generation network should solve.

5G is not just about speed

However, 5G is not just faster internet. This is a network that operates on completely different frequencies, the norm for which is a delay of 1 ms. For comparison – a person, on average, responds to anything, about 200-300 ms. The average, or normal, delay for 4G coverage is about 150 ms. And 1 ms, which we are promised at 5G – this is the transfer of information almost in real time, which at a speed of 20 Gbps, opens up just incredible possibilities.

For example, interacting in virtual reality with other users. Remote operations, control of robots or the same drones, which, for me personally, is a very acute issue. Well, in the end, you just imagine that on Skype you can communicate OK, and not play a simulator of data transfer to the ISS.

That’s just the flip side of the coin. As I said, 5G uses completely different frequencies for data transmission. These are radio waves in the millimeter range. It is planned to use a segment from 30 to 300 ҐHz. If it’s simpler, the radio waves in this range go out very quickly, and 300 meters from the transmitter, you lose the signal. Plus, such waves will not be able to “break through” the wall or even the human body, and the signal is significantly worsened in rain or snow.

It is currently planned that such transmitters will be small and even mobile, and will consume very little energy. However, from the need to place them no further than 250 m from each other – nowhere to run. And in crowded places will have to put more special reflectors. This is something like the current Wi-Fi transmitters. But their task will be solely to reflect the signal, even without amplifying it.

What is the conclusion?

Hence the only logical conclusion – the 5th generation networks, these are the privileges of only the inhabitants of settlements. Three hundred meters in the field? Hello LTE and goodbye to virtual reality and the opportunity to have a heart transplant at the other end of the world. We will have to settle under the nearest haystack, and come to terms with the role of a simple overseer, relishing the good old 4G, which, I recall, under ideal conditions covers an area of ​​10 square meters. km.

By the way, you have never wondered why, if it is possible to cover such a large area, base stations in cities are much denser than one per 5-7 square meters. km. And the fact is that this standard supports the connection of only 1 million devices to an area of ​​about 500 square meters. km. And even for us this is already a problem. After all, the population of Kiev is over 3 million, 840 square meters. km, and do not forget that we are not talking about connecting people, but about devices, which, per capita can be 10. Smartphone, tablet, laptop, coffee maker, air conditioning, refrigerator, several smart outlets, 2-3 light bulbs and everything, internet nut. And add traffic lights on the streets, navigators in cars and the like. The overload is obvious.

What will 5G give us?

Does 5G solve this problem? Yes, the new standard will also be able to connect 1 million devices to the network. But this time, per 1 sq. Km. km, ie 500 times more than its predecessor. Here you can at least stick with all sorts of sensors, the base station does not even move in your direction, and the system administrator will be able to safely finish their sandwiches without being distracted by rebooting the system.

And here from such dense arrangement of transmitters some more problems arise. First and foremost, doctors around the world are sounding the alarm, fearing that when all these devils are turned on, our brains will simply roast like in a microwave. However, we will not climb here.

The next problem is more obvious – maintenance and prevention of local network failure. Imagine that you have a task to cover everything within a radius of 500 meters from your home with a 5G network. It doesn’t matter if it’s the private sector or a high-rise. The main thing is that you have a signal at any point in this area. Now count how many base stations and reflectors you need to have a steady signal in a house or apartment in every room, outside behind every wall, on the roof, well, or what if you had a party at home in honor of launching high-speed Internet? Let me remind you that even one person, standing near the transmitter, will greatly weaken the signal. Have you counted? Next, imagine that one of these base stations has failed. What area will remain uncovered? Then we scale it all to the size, even a small town, and get a lot of insanely burning hemorrhoids.

However, if you think I’m trying to scare you, then no, it’s not your problem with us. It’s all about understanding how the Internet will work in the near future. Very smart guys and girls have been sweating over 5th generation networks for years, and all these problems will definitely be solved. And just when this time comes, we will take another, confident step into the future. In the future, in which you will sit under a haystack, watch 4K videos on YouTube, a happy system administrator, eating his sandwiches, will smile sincerely, because all traffic lights are working, and Elon Musk will rest on Mars, remembering that in his native Earth, everything works exclusively on sets of clearly defined algorithms.