Home » Education » Why are young people so vulnerable? 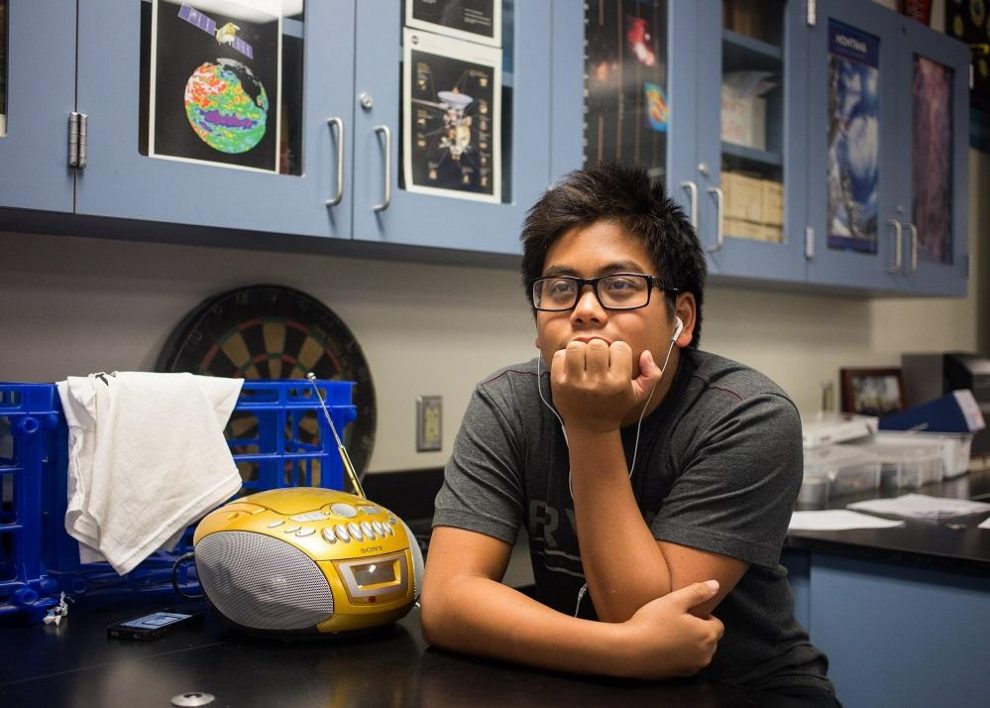 Many parents wonder why their teens are so vulnerable to social influence. Emotional instability and the willingness to adapt make it easy to influence your teens.

Why are young people more vulnerable? Adolescence is the stage of development in which we begin to shape our identity. That is what defines us and at the same time distinguishes us.

However, in general, young people do not want to stand out. The fear of being different makes them emotionally insecure, making teenagers more susceptible to social influences.

Young people want to adapt to their social environment. He wants to feel part of society and peer group. This issue is of particular importance at this stage of life. Until then, their parents are role models or guides for children.

However, with the advent of adolescence, other peer groups of children and their parents become the point of reference.

When we say teenagers are easier to influence, it’s not something completely negative. For example, young people can choose to continue their university education thanks to a good subject teacher in high school. Or, for example, they join sports teams or other sports or recreational activities thanks to their friends.

Many parents wonder why their teens are so vulnerable to social influence. Emotional instability and the willingness to adapt make it easier for you to influence your teenagers. Today we will discuss this issue in more detail.

So what is social influence and why are young people more susceptible to it?

The science of social psychology breaks down social impact into two basic types:

Informative. When it comes to adolescence, different contexts can influence this type of social influence. For example, when young people observe others in order to obtain information from their surroundings or when they feel uncertain about a certain situation.

Must Read: Warning: what are the effects of smoking on children’s health?

Normative. The period of adolescence has long been considered a period of rebellion. However, the survival instinct at this stage is even stronger. Young people instinctively adapt to their environment and must accept its norms to fit in with society.

Social Compatibility According to Solomon Asch

Solomon Asch was the first scientist to study social conformism. In his experiment involving linear comparisons, Asch demonstrated the influence of social groups on individual individuals.

In his study, individuals had to answer questions alone or in a group (the rest of the group were substituted actors). The experiment showed that the respondents changed their answers depending on whether they were alone or in a group of other people.

These results showed how the group’s opinion influenced the respondents. The group exerts pressure on the entity to the extent that its opinion is consistent with that of the group, even if that opinion is incorrect.

Social conformism is a kind of normative influence. Thanks to this theory, we can understand why young people behave differently when they are at home, at school or with friends.

Young people, despite their own opinions, change their opinions depending on the pressure they feel from others. Therefore, they behave differently towards their peers than when they are alone.

The motives leading to social conformism are diverse. For example, young people can make comparisons with their friends by accepting their criteria. They also do this to avoid social mockery for fear of being alone.

When young people feel pressured by their social groups, they may end up doing something that, deep down, they don’t want to do. Teenagers change their values ​​because they want their friends to accept and value them. They adapt to feel part of the group.

As such, it is important for parents to know how to help their children cope with peer pressure:

Young people are also more susceptible to social pressure because, by discovering themselves, they also try to fit in with the world around them. For this reason, adolescents must strike a balance between being themselves and adapting to their surroundings.