Home » Article » What is intelligence, where does it come from and how is it measured? 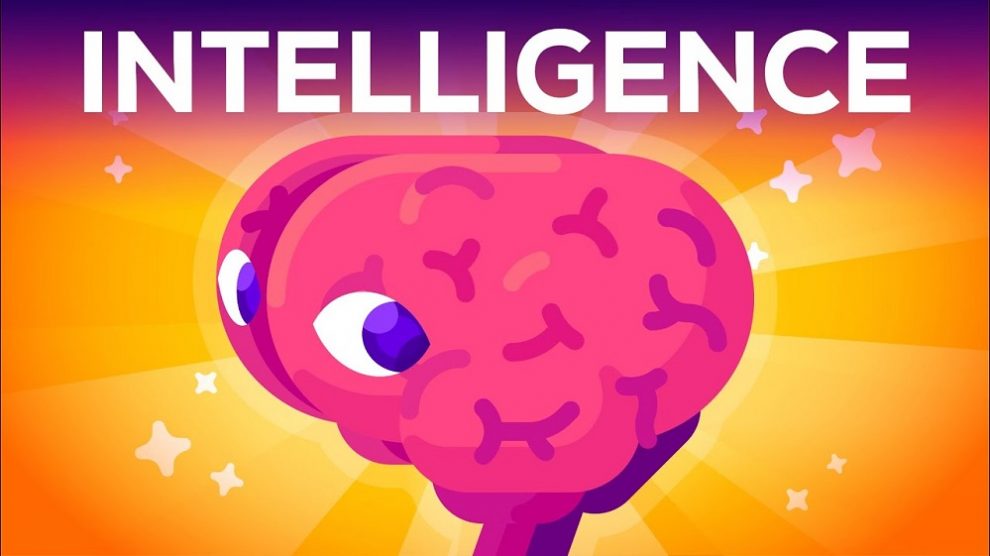 What is Intelligence is not about solving difficult tasks or having complex disputes. If this were so, our civilization would be a pile of rubble, on top of which there would be an intelligent discussion. Some say … that’s the way it is. So what is intelligence and how is it measured?

What does intelligence mean?

Genes or environment – what shapes intelligence?

Back in the 1990s, scientists were of the opinion that intelligence is solely a matter of genes, that it is one hundred percent hereditary. In 1998, the first gene responsible for general cognition was discovered. And yet it turned out later that man does not come into the world with a certain potential, with all abilities.

A newborn baby has a complete set of neurons, but a complete lack of connections between nerve cells. The number and location of these connections (called synapses) change throughout life. Genes influence them in the early stages of development (infancy), and then they are influenced by the environment and ourselves.

According to today’s estimates, 50% of intelligence is determined by genes, in 20 – fetal life, and in 30 – environmental. It follows that intelligence can be developed, but it depends on innate abilities how easy it is for us.

Intelligence and the brain

Intelligence does not depend on the size of the brain. If that were the case, the most intelligent creatures in the world would be elephants with their 5 kg brains and whales with 10 kg brains. It also does not depend on the brain index, i.e. the ratio of body weight to brain weight. In humans, it is not the smallest: it is 50 in this respect, we are ahead of the bat (with the coefficient of 30) and the sparrow (with the coefficient of 25).

Must Read: School trip: a great way to relax a child or a relic of the past?

Intelligence also cannot be inferred from the degree of brain folding. So is evolution enlarging and folding human brains in vain? No. Brain size is related to intelligence, but in a different sense. From the perspective of millions of years, human brains have indeed undergone a magnifying-perfect evolution.

Chemistry and physics of intelligence

Studies of chemicals produced by the brain and brain cells show that intelligent brains, however, are different from less intelligent ones. If a function of the brain, such as the ability to solve logical tasks, is better developed, the quality of connections between neurons increases. In addition, it has been found that the more alkaline the environment in the cerebral cortex, the greater the intelligence, as this is related to the speed at which excitation travels along the nerve fibers.

Other studies (analysis of waves sent by the brain) directly indicated the intelligence center in the brain. It is the side part of the so-called frontal cortex. It also turned out that the brains of more gifted people use less energy. So that the less capable circuits simply overheat.

In 1904, the French, Binet and Simon, developed the first intelligence test, containing over a dozen different commands. In 1912, the American Stern introduced the concept of the Intelligence Quotient: the ratio of mental age to biological age multiplied by one hundred. The IQ quotient is an indicator of the development of a person’s mental level. It is calculated on the basis of the test result of the intelligence test (the number of correctly solved tasks in a given time). Such a test includes verbal (reading, writing), spatial (arranging blocks, detecting similarities between figures) and mathematical skills (solving problems).

For at least 25 years, it is no longer believed that the height of the IQ indicates human intelligence. IQ only indicates certain abilities (for example, a flair for solving logical problems) or the lack of them.

Home intelligence tests that appear in various publications and on the Internet, allow you to calculate your IQ. After checking the number of well-executed commands, the “quotient” is checked using a table, or the computer program does it for us. IQ calculated in this way has little to do with the real IQ, which psychologists calculate from several categories of tasks, plotting graphs and taking an average.

In each population, the mean quotient is 100. Minor and greater values ​​indicate a plus or minus deviation from the mean

An IQ of 69 and lower indicates mental retardation

70–79 is the quotient on the border of the norm

80–89 is a quotient below the average

Mensa is an association of eminent intelligent people founded in England in 1946. Today it has branches all over the world. To become a Mensa member, you must complete a specially designed test with a score of 148 or more. Most often, candidates for Mensa members overestimate their intelligence and achieve a score of just over 100. According to estimates, only 2% of the population can achieve a score above 148.