Home » Education » What is an atom? 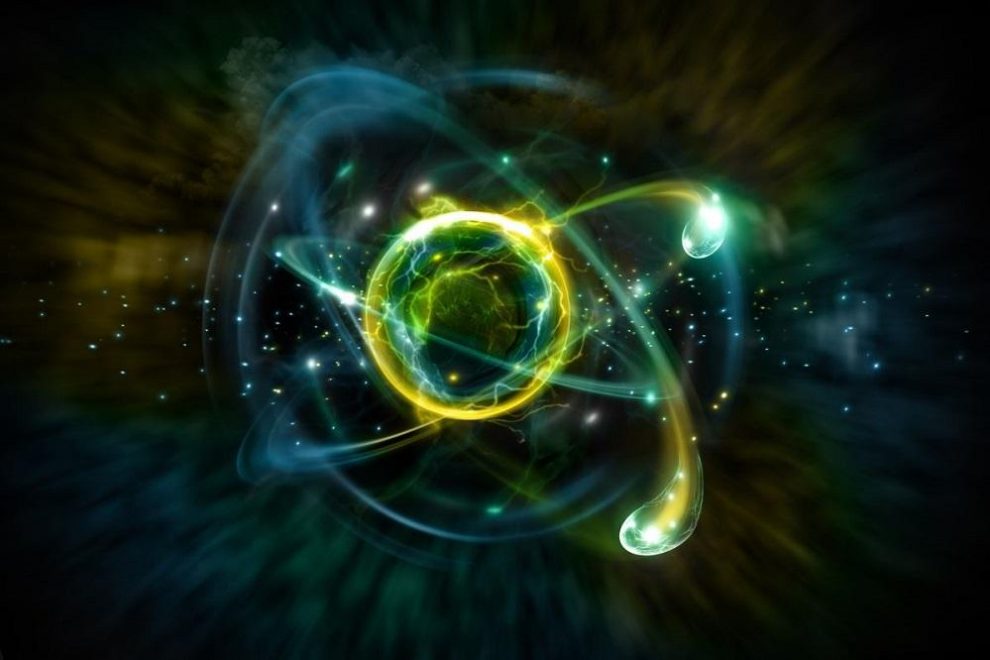 The word atom comes from the ancient Greek (atom, “without division”) and was coined by the first philosophers to theorize about the composition of things, that is, the elementary particles of the universe. Since then, with the emergence of atomic models, the way of imagining them has varied enormously, as one atomic model succeeded the previous one through the centuries, until we reached the one we use today. What is an atom.

Atoms have the properties of the chemical element that they compose and, in turn, the elements are organized and classified according to their atomic numbers, electronic configuration and chemical properties in the Periodic Table  of the elements.

The same chemical element can be composed of different atoms of the same class, that is, with the same atomic number (number of protons that each atom in the element has), although their atomic masses are different.

How is an atom made up?

Atoms are made up of a nucleus and one or more electrons (which have a negative charge) around it.

How do the atoms combine?

Atoms can combine with each other to form chemical bonds, which happens when they share their electrons in one way or another. Chemical bonds can be covalent, ionic, and metallic, which gives rise to covalent molecular compounds, ionic networks or metallic compounds (although it is important to clarify that no chemical bond is absolutely covalent or ionic). In this way, atoms can combine to form simple molecules like water, as well as to form complex macromolecules like proteins, DNA, and RNA.

Must Read: realme claims to be one of the Top 5 smartphone brands in 15 regions

Although atoms are distinguished from each other thanks to the configuration of their particles, it is also true that all atoms of the same element are exactly identical: the hydrogen atoms in the Sun are the same as those that make up our body, and Carbon atoms in a dog’s body are identical to those that make up a diamond. The difference is in the way in which atoms combine to form the different chemical compounds that make up the organs and organ systems in living beings, the materials generated in industry, and all the matter that makes up the universe.

Parts of an atom

Atoms are made up of two essential parts:

The nucleus. About 99.94% of the mass of an atom is concentrated in the nucleus, where the protons and neutrons (which together are called “nucleons”) are held together by strong nuclear forces, which prevents protons they repel each other, having the same electrical charge.

The atomic orbitals. An orbital describes a region of space surrounding the atomic nucleus in which the probability of finding an electron is very high. These regions have different forms that are obtained as a result of solving the stationary Schrödinger equation. Erwin Schrödinger was an Austrian scientist who developed this equation in 1925 to calculate the evolution of a subatomic particle, such as electrons. Thus, the electrons form a kind of “cloud” around the nucleus, which is represented by the shape of the atomic orbitals. On the other hand, each atomic orbital corresponds to a certain energy value for electrons, so they are organized according to their energy values. The following figure shows the shapes of the first atomic orbitals:

History of the atom

The first to formulate the idea of ​​the existence of atoms was the Greek philosopher Democritus (5th-6th century BC) from purely imaginary speculations (as science was understood at that time).

His studies were taken up by later philosophers such as Leucippus and Epicurus, but it was ignored during the Middle Ages, overshadowed by the creationist explanation of the world, which attributed everything to God.

It took until 1773 when the French chemist Antoine de Lavoisier postulated his theory on the non-creation or destruction of matter (it only transforms) or the Law of the Conservation of Mass, which allowed John Dalton to formulate the first theory in 1804 modern atomic.

Successive students of physics and chemistry were inspired by his work to propose better and more complex systems for understanding the fundamental particles of matter. Subsequently, new atomic models were proposed to reach the most currently used.

The contemporary accepted structure is that derived from Rutherford’s experiments in 1911, together with the formulations of Niels Bohr, Schrödinger and Heisenberg.

A molecule is known as the union of two or more atoms through chemical bonds to form a more complex and electrically neutral structure. Chemical bonds can be covalent or ionic.