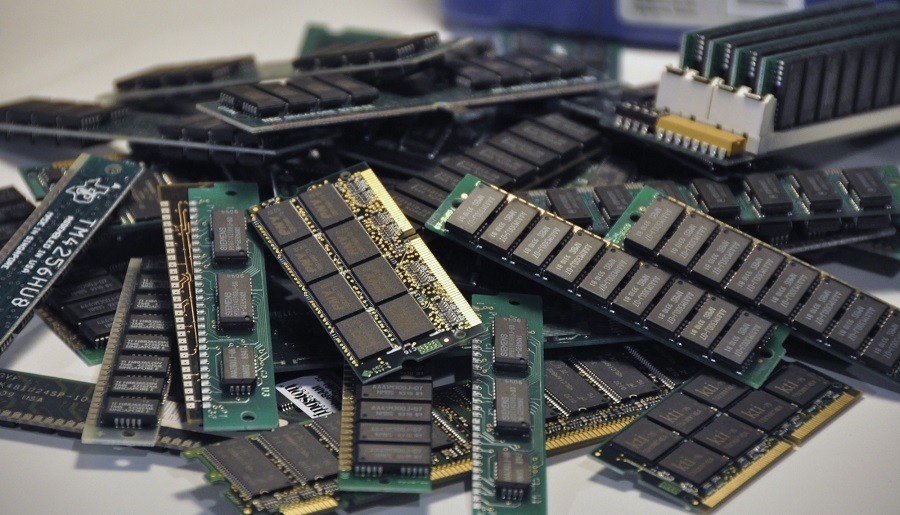 Determining the desired specs for a new laptop (or upgrade for an existing one) can be difficult. It is known that you want to spend as little as possible without losing the functionality of the equipment. One of the key elements you will have to decide about is RAM. So how much do you need and should you save on it?

Before we answer these questions, however, let’s briefly explain what RAM is. Your computer uses temporary memory (RAM) to store data, such as when you open applications, work with large files in Photoshop, and even when you juggle dozens of browser tabs, data is stored in the system memory, not on your hard drive. The more memory-consuming tasks you perform, the more RAM your computer should have. Therefore, the amount of memory directly affects the responsiveness of the entire system.

So how much RAM should the new laptop have? We’ve tried to present some typical configurations and some tips for a purchasing strategy.

In the case of modern computers, 2 GB of RAM does not allow smooth, fast operation. Not only will you not be able to run several programs at the same time, it can also be a challenge to open multiple browser tabs. Currently, most laptops with Windows operating system installed have 4 GB for a reason.

If you encounter a laptop with 2 GB of RAM – it may be an older model – for example, sold second-hand. It will only be worth buying if you can immediately upgrade the memory to 4 GB or more. This means that the laptop should have user-accessible SODIMM sockets. Ideally, one of them should be free so that you can immediately add the other module. Even with Chromebooks famous for optimization, 2GB of RAM is a significant limitation.

When you buy new equipment on a limited budget, you can start by browsing laptops equipped with 4 GB of RAM. This configuration, combined with an SSD drive designed for data storage, will provide a responsive computer that can efficiently cope with basic functions – for example, with several programs of low intensity and several open browser tabs at the same time. You can start with 4 GB to stay within the budget and add more memory later, as long as the laptop is expandable.

Chromebooks with 4GB of RAM should easily support a decent number of browser tabs, so when faced with choosing more memory or a faster drive (i.e. SSD instead of eMMC memory), go for the faster drive. This will make ChromeOS run generally smoother.

Most people on a moderate budget (PLN 2,000 or more) for a laptop should aim for a device with at least 8 GB of RAM. We recommend this amount of memory for most people who do office work and other basic tasks, and gamers. 8 GB RAM should provide you with the comfort of using the laptop throughout its life.

When it comes to Chromebooks, the more “luxury” models usually have 8 GB of RAM. This is not strictly necessary, but will contribute to a high overall responsiveness as other components in such systems are usually on par with similar Windows-equipped laptops. The same goes for models with 16 GB of RAM.

For those who work in the office or play games, 16 GB of memory can be a golden mean between current and future needs. Maybe you are creating simple spreadsheets in Excel now, but later you will be working on complex documents overflowing with data. More RAM will allow you to later juggle with other programs, more demanding games, and open many tabs in the browser. Remember that not every laptop has the option of memory expansion in the future. By opting for the 16GB variant, you’ll be better prepared for the future.

However, for content creators (and people who have dozens of tabs open on multiple browsers), 16GB is the starting point. A good example is 3D image rendering applications, which actually eat up memory.

People considering more than 16 GB of RAM should actively use programs that are known to eat up system memory or require optimal performance. Video editing software is a good example here. Users working on many projects, where the time of a given project counts, would give a lot to finish their tasks faster.

But what about top tier players, you ask? While some top gaming laptops come with 32GB of memory, that amount has little to do with gaming needs in this regard. A cynic could call it a way to justify horrendously expensive setups.

When you are wondering how much RAM to buy for a new computer, make sure that the model you choose allows its expansion by the user. Laptops may come with soldered memory which means it is attached to the motherboard and cannot be updated. Fortunately, there are laptop models on sale that are based on SODIMM modules, which can be inserted and removed just like the RAM in a desktop computer.

If the laptop memory is soldered, choose the amount that will last the entire life of the device when purchasing the machine. For example, if you anticipate that you will be performing tasks that require more RAM in the future, buy 16 GB immediately. It will be a cheaper solution than replacing your laptop earlier than you anticipated.

If your laptop’s memory is user-updatable, you can protect yourself by selecting the smallest amount of RAM needed for your current workloads and wait to add more as needed. For example, you can start with 4GB of RAM on an inexpensive laptop and then upgrade to 8GB later, saving some money in the beginning.

One note for gamers: If you’re running games on a laptop that uses only integrated graphics to generate an image (such as Intel UHD graphics, Iris Xe graphics, or AMD Radeon graphics), you may want to increase the amount of system memory. Integrated graphics uses RAM to store game image data while gaming, this reduces the amount of memory available to other programs such as web browsers or capture software.

For older laptops with expandable RAM, start by determining how much memory is already in your system. Also make sure what work you do on your equipment. Perhaps the amount of RAM is sufficient in your case, and you might want to consider another upgrade instead. For example, if your computer still has a mechanical hard disk instead of an SSD, change it before adding more RAM.

If you think you can take advantage of more RAM, first check what SODIMMs are already installed. If you only have a single die, you can buy a second one, which will increase the efficiency and speed of the equipment thanks to the dual-channel configuration. If both slots are already occupied, you should purchase a larger capacity kit to replace both modules.