Home » Technology » Vtubers or virtual youtubers: everything you need to know 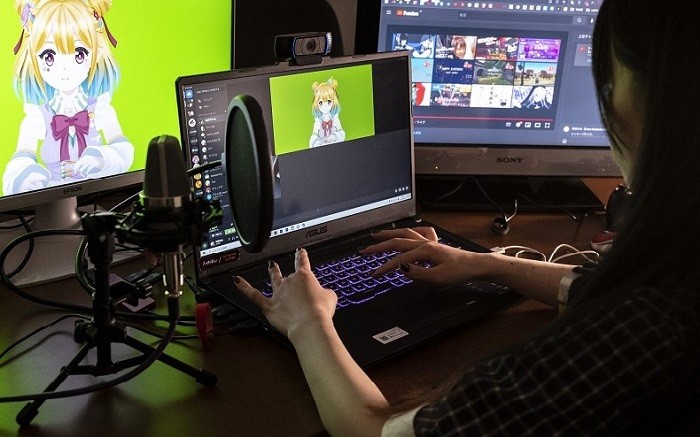 YouTubers began by sharing recipes, video games or anecdotes from their daily lives. Little by little, they have become great references in the entertainment industry. This phenomenon has transcended with the arrival of vtubers, innovative content creators who are even revolutionizing the way we relate to virtual reality. Find out below how they came to be and what the future holds for them.

vtubers are animated avatars. Their name is due to the fact that they behave in the same way as youtubers. That is, they create content on the YouTube platform on different topics. For example, video games or tutorials. For this reason, they are also known as virtual youtubers.

In fact, they also monetize through this platform, among other social networks such as TikTok, Instagram or Twitch. This is thanks to the fact that their popularity makes them images of certain brands.

On the other hand, it is necessary to clarify that vtubers are 3D avatars, which are created with virtual reality and intelligence technology. To communicate they use the voice of a real person. However, his appearance is quite similar to that of an anime character.

It was Kizuna AI who first used the term virtual youtuber. This is an avatar created by a Japanese production company that has achieved great popularity since 2016. Currently, it has more than 4 million subscribers. This growth in its audience paved the way for the creation of other vtubers, becoming a phenomenon that crossed Asian borders.

According to a study 3 out of 4 virtual YouTubers have emerged in the last two years. Now, they are also born to give the content creator an opportunity to remain anonymous. In addition, this allows you to get the maximum potential of the character around the brand you want to advertise. For this reason, your content could change the course of marketing products.

What is the future of virtual influencers?

Thanks to their reach, even on different platforms, they are the new virtual influencers. Without a doubt, its future is promising for different reasons. First, it is a multi-billion dollar phenomenon in Japan. Thus, Gree, a Japanese application developer, planned to invest 88 million dollars to develop agencies for this virtual talent. In short, it is an entertainment industry that could become a new stage for the Internet (BBC, 2018).

However, this trend in a short time reached other continents. In fact, just a year later, the virtual influencer of American origin, made her appearance at Coachella, one of the largest music festivals in the West.

There is no doubt that virtual youtubers are advancing by leaps and bounds in the world of entertainment. Which, in turn, is an opportunity for brands when implementing new marketing strategies with the potential of these virtual influencers.