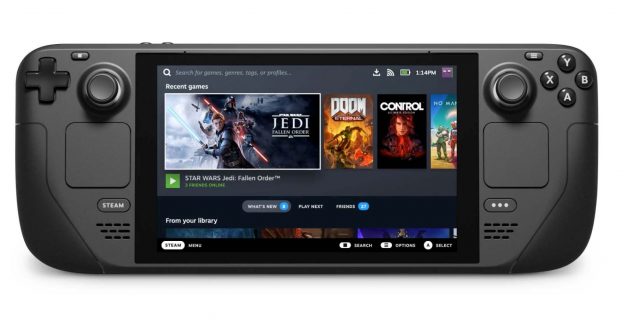 Steam Deck with Windows? It is possible now. Valve just released drivers for their portable computer.

Steam Deck is a miniature portable computer in the form of a console. By default, the SteamOS operating system, which is a proprietary version of Linux, is installed on it. Thanks to the Proton software, he can run Steam games, as long as they are properly adjusted.

However, from the outset, Valve argued that installing Windows on Steam Deck should not be a big deal. It’s really a computer and the fact that it looks like a handheld does not change anything. Now it has become extremely easy, because the creators of the device have released official drivers for the Microsoft operating system.

At the moment, all major drivers are available, including GPU, WiFi and Bluetooth. Only the audio drivers are missing, but these are already being prepared. Additionally, in order to install Windows on Steam Deck, you will need to completely wipe your portable computer. At the moment, the device does not support dual-boot, although it will be possible in the future.

If any of you would like to install Windows on your Steam Deck, you have to turn off the device and then turn it on with the volume up button pressed. This will take you to the boot menu. It should be easy from there.  Very importantly, The Steam Deck only supports Windows 10 at the moment, but the news is that  Valve can  work on a BIOS update that will allow Windows 11 to be installed.