Home » Education » Use of computer information technologies! In the main functions of management 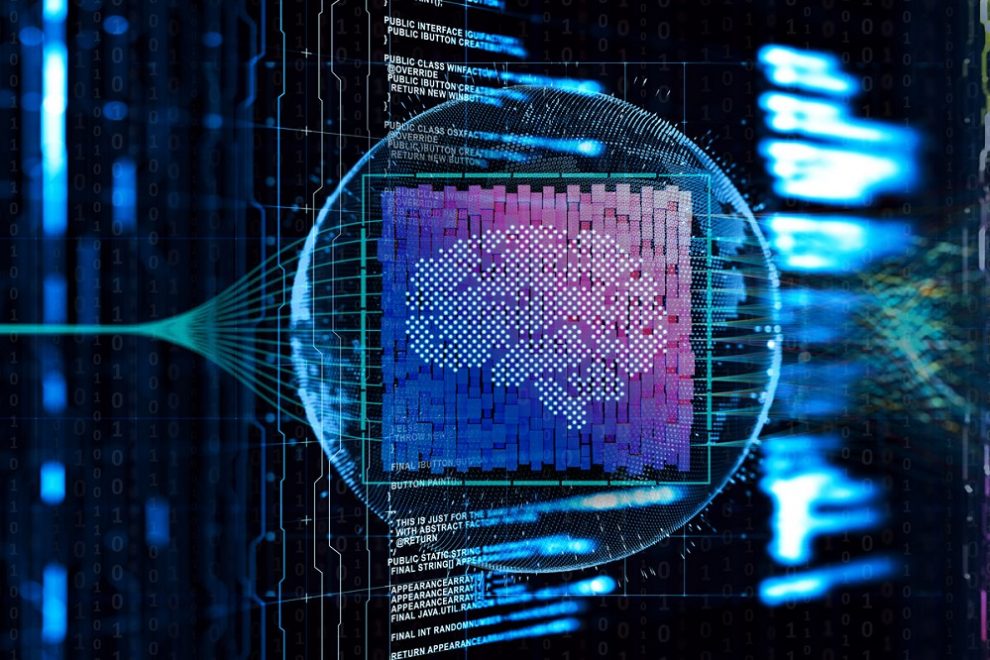 Information technologies – a system of methods and ways of collecting, transmitting, accumulating, processing, storing, presenting and using information based on the use of technical means.

Management activities in any organization are based on data processing and processing of source information, which implies the presence of technology for converting source data into productive information.

Specific information technology for its implementation involves the presence of:

Appearance in the second half of the 60’s of 20thcentury. Large productive computers (in computer centers) was the beginning of the formation of “electronic” or “computer” technology.

The concepts of application of automated control systems (ACS) formed in the 60’s do not always and not fully correspond to the task of improving control and optimal implementation of information technology components, in some cases far from the real mechanism of operational control.

In existing ACS, the concept of “system” does not include a crucial link of management – the user. Ignoring this fundamental circumstance led to the fact that the expansion of the ACS network and increase the capacity of their computing facilities provided due to large arrays of primary data improvements mainly in accounting management functions (reference, statistical, tracking). Accounting functions allow you to determine only the past state of the control object and do not allow you to assess the prospects for its development. With the advent of personal computers and their networks (including the Internet) on the “crest of the microprocessor revolution” is a fundamental modernization of the idea of ​​ACS: increasing the homogeneity of information processing technology and decentralization of management. This is reflected in decision support systems (DSS) and expert systems (ES), which characterize the new stage of computerization of organizational management technology, in fact – the stage of personalization of ACS. Systematic – the main feature of DSS and the recognition that the computer itself cannot replace a person.

Must Read: Four sentences to avoid in teaching

The capabilities of the computer are expanded by structuring the user’s tasks and replenishing the knowledge base, and the user’s capabilities – by automating those tasks that were previously impractical to transfer to a computer for economic or technical reasons. It becomes possible to analyze the consequences of different decisions and get answers to questions such as “what if …?”, Without spending time on a time-consuming programming process.

The most important aspect of DSS and EU implementation is the rationalization of the day-to-day activities of management staff. The structure of information technology:

As a part of a complex of technical means of maintenance of information technologies allocate means of computer equipment and means of organizational equipment.

Modern computer equipment can be classified as follows:

Personal computers are computer systems, all resources of which are entirely aimed at ensuring the operation of one automated workstation (AWP) of a manager.

Corporate computers (mini-computers) are computer systems that provide joint activities of many managers within one organization, one project, one area of ​​information activities using the same information and computing resources. These are computer systems for many users, which have a central unit with high computing power and significant information resources, which is connected to a large workstation with minimal equipment (video terminal, keyboard, positioning device type “mouse” and possibly a printing device – printer, ADC, plotter, etc.).

In principle, personal workstation computers can also be used as workstations connected to the central unit of a corporate computer.

The scope of use of corporate computers – the implementation of information technology management in large financial and industrial organizations, the organization of various information systems that serve a large number of users within one function (exchange and banking systems, booking and selling tickets to provide transportation services, etc. ).

Supercomputers – are computer systems with the ultimate characteristics of computing power and information resources. Used in the military and space spheres, in basic scientific research, global weather forecasting. The given classification is rather conditional as intensive development of technologies of production of electronic components and considerable progress in perfection of architecture of computers lead to blurring of borders between the specified classes of means of computer engineering.

Software tools of modern information technologies are generally divided into system and application.

System software is designed to support the operation of computer systems as such. They include:

Test and diagnostic programs are designed to check the performance of individual computer components and components of software and file systems and, possibly, to eliminate the detected failures.

Antivirus programs are designed to detect and possibly eliminate virus programs that disrupt the normal operation of the computer system.

– Systems of intelligent design and improvement of control systems;

Problems of improving the efficiency of office staff can be solved using the concept of the so-called electronic (automated) office. Integrated use of modern technical means to automate procedures and management functions (word processing, editing, storage and retrieval, transmission of information from telecommunication channels inside and outside the office, information services to office staff, some aspects of the process of preparation and decision making, etc.)  Software support, approaches to the design of office space, staff safety, etc. Despite the relatively short time, the concept of e-office has already gone through two stages in its development, and is currently successfully implementing the third.

The first stage was characterized by the focus on the automation of routine, often repetitive operations performed by secretaries or technical staff of the office, institution. A typical example of such operations are typewritten works. To increase productivity in their implementation, so-called word processing devices were created (organizational machines) that allow you to quickly correct and edit various documents, as well as create and use templates when preparing documents.

In the second stage of development of automated offices, individual devices were combined via internal communication lines into a single network, which allowed to perform a number of additional functions, such as automated communication between different workers, collaboration on documents, automated control of document execution and more.

The third stage of development of electronic automated offices is associated with the widespread use of personal computers and the creation of workstations based on them. Workstations are combined by means of communication into a single system (network) that has access to all computing resources of the office, databases, as well as external sources of information. At the same time the possibility of information exchange between users of a network considerably accelerates, some traditional operations connected with reception and sending of correspondence and other documents on communication channels are automated.

A typical workstation consists of a PC equipped, if necessary, with additional devices that expand its functionality, and peripherals (printer, scanner, graph builder). In addition, each workplace is equipped with appropriate office equipment in relation to the functions performed in this workplace.

For each employee (group of employees) workstations are developed and equipped, professionally oriented to perform specific management functions. This orientation is implemented by selecting and installing the appropriate software.

Text editors (or modern word processors) proved to be the first component of an e-office, as the problem of word processing and its conversion is one of the main tasks of office work.

The appearance of the next component allowed to implement with the help of a computer the function of information exchange, which is inherent in the system of telephone and mail telegraph. An e-mail system for exchanging information between users on multi-user computers and then on networks has become such a component.

A little later, database development systems (a kind of electronic files), as well as spreadsheets (later called spreadsheet processors) were used to perform various (sometimes very complex) calculations. In the future, offices began to use business graphics systems, necessary for the clarity of office procedures. All the listed components of office activity of office staff correspond to the specialized packages intended for complex automation of the mentioned functions.

One such package is the Microsoft Office system. All programs and products of this system are not only unified, but also integrated with each other, which allows you to exchange information as part of a business problem, regardless of what type of document you are working with.

The use of PC in the office does not exclude, but on the contrary, enhances the role of organizational equipment developed on the basis of the latest advances in electronics, such as: scanning devices (scanners), fax modems and network cards, copiers, fax machines, slide printers, etc.

The practical implementation of the concept of e-office gradually leads to a change in management style and methods, to the revision and redistribution of personnel functions, increase productivity when performing a number of clerical operations.

At the same time, the introduction of e-offices has some negative consequences. The main of them is the negative impact on the human body of electronic equipment, intensively used in the workplace. In addition, the opportunities for personal contacts of office staff are deteriorating, which affects the overall psychological climate in the team.