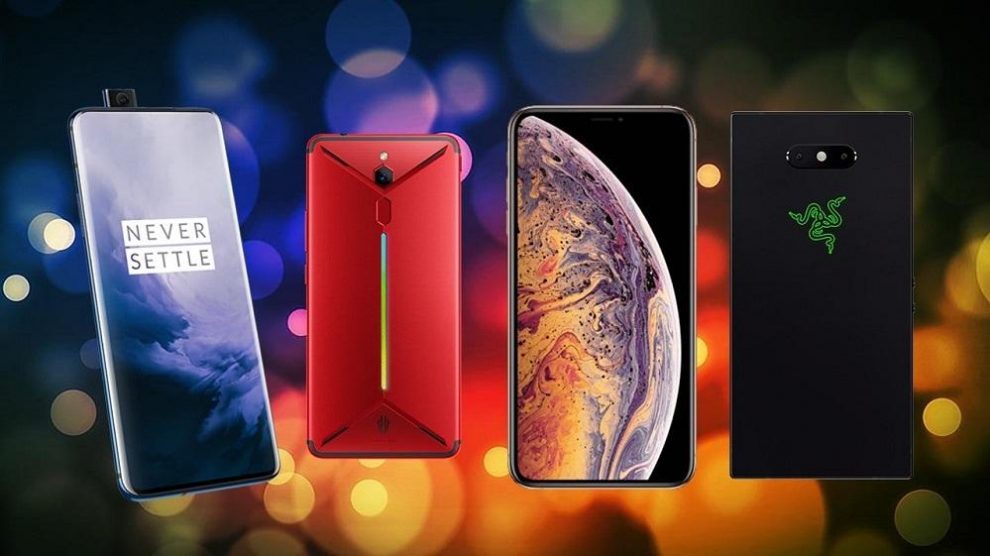 The iPhone 11 Pro is one of the best mobiles for gaming simply due to its chipset. The A13 bionic packs quite a bunch coupled with its dedicated graphic processing cores, it’s sure to deliver amazing performance. It loads up games extremely fast (compared to most other Android flagships.) has two sizes to choose from. The iPhone 11 is also known for its spectacular build quality and its super-efficient chip has also led it to have particularly wonderful battery life. Other key advantages are an AMOLED Display, variable storage options and arguably one of the best handheld cameras in the world. It is definitely one of the best mobiles for gaming. Top 3 mobiles for gaming 2020.
Must Read: Is it safe to re-open schools in a pandemic?

The Razer Phone 2 was one of the first phones that brought a gamer-specific brand to handheld mobile devices. Its second iteration addressed much of the issues the first one had. Its main selling point is its powerful chipset, large battery and a super-fast 120 Hz refresh panel that very few phones have, this allows pro-phone gamers to use their blazing-fast reactions to score an advantage. Moreover it has proper dual surround sound stereo speakers and support for external controllers and various other gadgets with huge customization options in regards to gaming, battery-life and performance suiting every tweakers need. This definitely puts it in one of the best mobiles for gaming list.

The Samsung Galaxy S20 are the high profile android flagships that directly compete with an iPhone. You get 8 GB’s of ram and either a Snapdragon or an Exynos chip depending where you live. But rest assured, you get a super-fast 120 Hz screen, with huge 4000 and 4500 mAh batteries supporting an AMOLED panel which is QHD+. This phone is meant for gamers who want their games to look their best on their handhelds, as Samsung is one of the best display manufacturers in the world. With a wonderful chassis and design and a great emphasis on looks and performance, this phone too is one of the best mobiles for gaming.