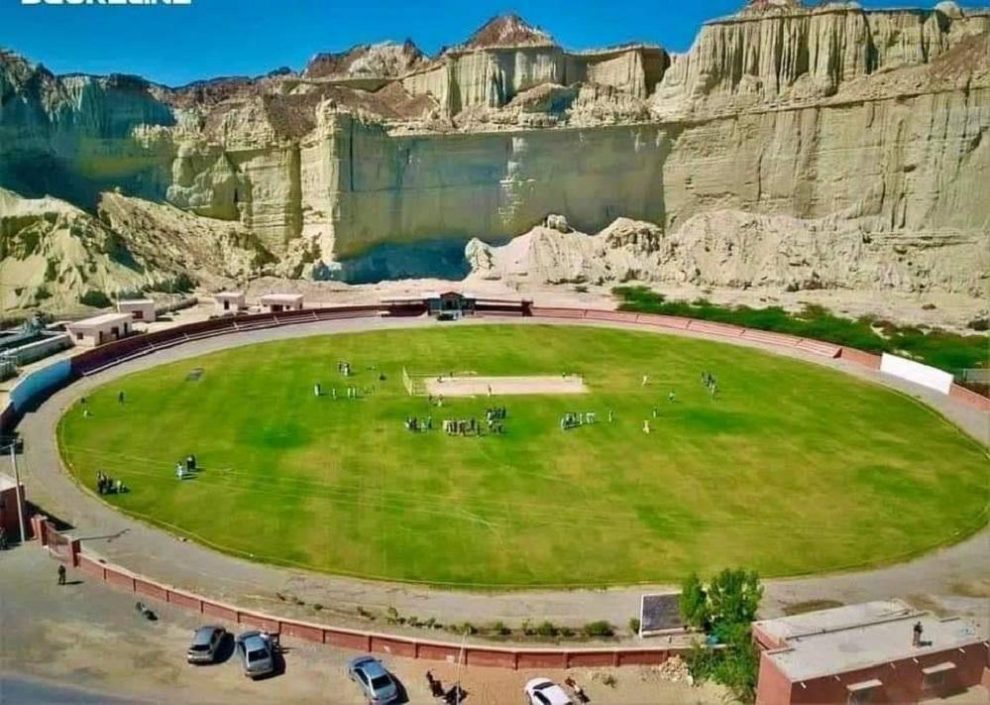 The newly inaugurated Gwadar cricket stadium which is set against a backdrop of the white clay Koh-e-Mehdi hills and blue waters of the Gwadar Bay in the southwestern coast of Baluchistan, has not only received praises from ICC – the governing body of cricket, but has also left cricket enthusiasts across the globe stunned with the picturesque sight which makes it one of the seven scenic cricket stadiums across the globe.

The stadium after receiving recognition from cricket enthusiasts is now all geared up to host the first ever exhibition match on Friday, featuring the star-studded celebrities of Pakistan including the person who introduced the world to this picturesque venue, Fakhr-e-Alam – a popular singer, songwriter and anchor.

This exhibition match which promises to be a treat for all cricket enthusiasts, has been possible following an alliance of English Biscuit Manufacturers (EBM) and Aaj Entertainment, it is pertinent to mention that the idea of hosting this exhibition match at the scenic cricket stadium was conceived by Fakhr-e-Alam, who in his way of exploring the beauty of Pakistan, stopped at this stadium to introduce the world to this beautiful cricket stadium.

With the much hyped Gwadar Cricket Stadium set to make waves on social media, the official hashtags would be as follows: #SooperhaiPakistanCup #Gwadar #Firstevercricketmatch #BeautifulPakistan #SooperhaiPakistan