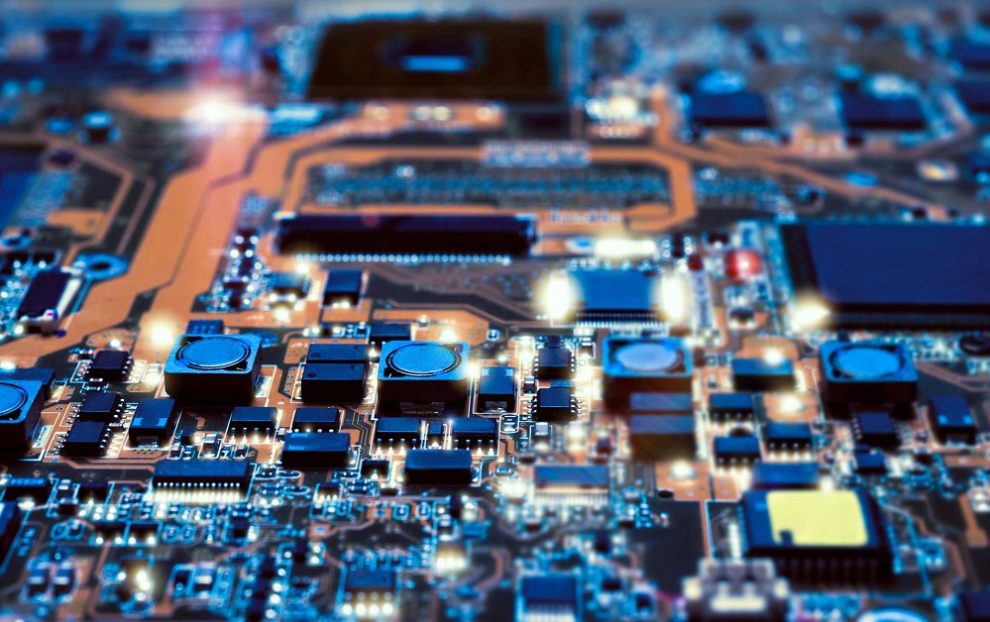 The types of hardware include the basic computer system: monitor, motherboard, power supply, keyboard, and mouse, among others.

It is known as the equipment for all the electronic or electromechanical components that make up a computer. Through the screen, keyboard, and mouse we can interact with the computer. In this sense, we provide the machine with information and observe the results of the computational process through the screen.

Different types of hardware allow us to interact quickly and efficiently with a computer. The microprocessor (CPU) executes instructions and controls all actions that take place inside the machine, while memory devices store instructions and data during operation.

Hardware serves as a system for delivering software solutions. Computer hardware changes infrequently, compared to software and data, which is “soft” in the sense that it is easily created, modified, or deleted on a computer.

The processor is a very small and thin silicon “plate” that is enclosed in a ceramic chip and then mounted on a printed circuit board. Processor speed and performance are one of the most important factors in determining how well a computer is running.

Processor speed measures in gigahertz (GHz). The higher this value, the faster the processor can run.

However, CPU speed is not the only measure of its performance, various processors have built-in performance technologies that can increase data throughput in several ways. A fairer comparison between two different processors is the number of instructions per second they can execute.

A type of memory, called random access memory (RAM), forms the central group of memory that a computer uses. The more RAM your computer has, the more programs you can open at once without exceeding your computer’s performance.

More RAM can also make some programs work better overall. Memory is measured in gigabytes (GB). Today, most basic computers have at least 4 GB, while more complex computer systems have 16 GB or more.

Like the processor, memory consists of small thin silicon “plates” enclosed in ceramic chips and mounted on printed circuit boards.

Read-only memory (ROM) is the permanent and long-term memory of a computer. It does not disappear when the computer turns off, it cannot remove or change.

However, there are types of ROMs called PROMs that can be changed as P is programmable. The memory ROM aims to preserve the basic I / O system that controls the startup or startup process.

The cache is a buffer (consisting of a small number of very fast memory chips) between the main memory and the processor. Temporarily stores the latest or frequently used access data, allowing faster access to data.

The motherboard is considered the most important piece of hardware on your computer because it connects in the right places among all the other components of the computer, so it “tells you where to go.”

The motherboard has a microprocessor that provides the necessary connectors and slots that connect to all other types of computer equipment. Therefore, the motherboard serves as an “intermediary”, a channel that allows components to work together. It considers a complete unit of work.

When the computer is turned off, what’s on the hard drive stays there, so you don’t have to restart the software every time you turn on the computer. The operating system and its applications download from the hard disk to the memory where they run.

Hard disk capacity measures in gigabytes (GB). A typical hard drive can be 500 GB or even 1 TB (1 terabyte = 1000 GB) or more. Most hard drives sold today have a traditional mechanical type that uses metal drives to store data with magnetic polarity.

Depending on the type of computer, the screen can integrate or can a separate device call a monitor with its power cord. Some screens have a touch screen, so you can use your finger on the screen to access the computer.

Screen quality measures the resolution, ie the number of pixels (individual color dots) that make up the screen with its highest resolution. The default resolution for a laptop is 1920 x 1080. The first number is horizontal resolution and the second is vertical.

Optical discs get their name from the way they write and read on the disc. The laser light shines on the surface and the sensor measures the amount of light that restore from a certain point.

It uses to connect to the Internet. This capacity can build into the computer or add to the computer through an expansion card or a device that connects to the port.

If high-speed Internet service is not available in your area. You may need to use a dial-up modem to connect to your home phone line. Remote access modems are not the first choice. They are old and slow technology, and they tie Internet services to the telephone line.