Home » Article » The impact of television on children: pros and cons 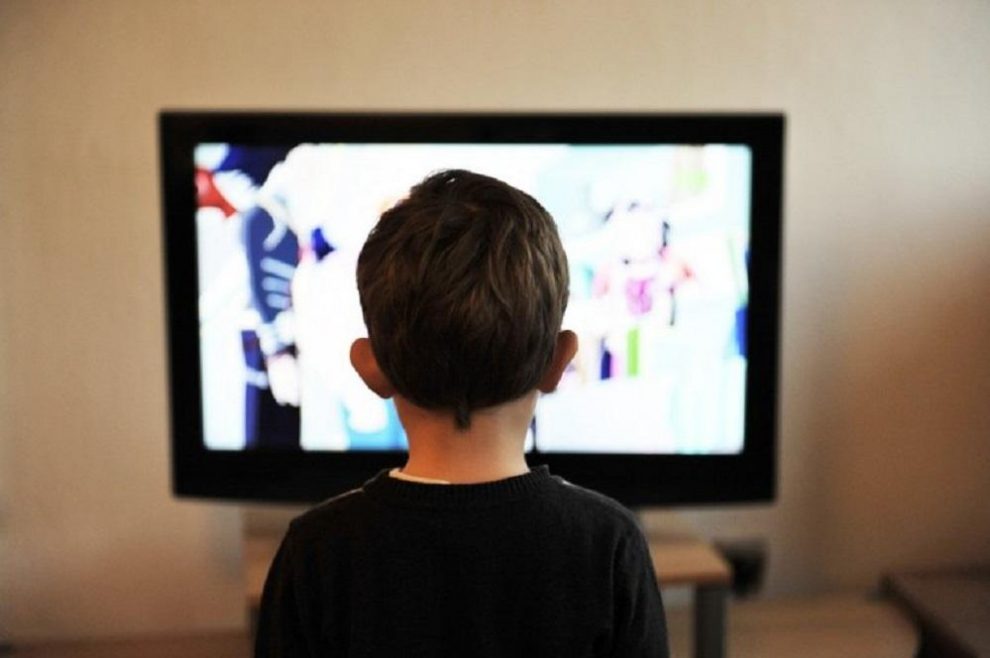 Television plays an important role in every child’s life. Thanks to him, children are immersed in a world full of magic, adventure, superheroes, and live in it. Sometimes this is a concern for parents – depending on what movies and TV shows children watch. The impact of television on children.

Television shapes the character and personality of a child, it can even change his outlook on life. If you can take some precautions, your child will watch TV without being negatively affected by television.

When a child watches crime dramas or horror movies and then suffers from nightmares, he or she develops negative habits related to television. Children spend much of their free time in front of TV screens, and this shapes their personality. Proper television programs give the child the necessary information about the world around him and society, as well as ensure his social, emotional and cognitive development. It is important to strike a balance between watching TV, playing games and learning if you want your child to stay physically active.

The positive impact of television on children

Watching TV shows has a number of benefits for children. Consider some of them.

Children’s TV shows teach children different skills: to cope with complex emotions, to communicate with peers, to get out of difficult situations. By watching entertainment shows and quizzes, children develop imagination.

Educational programs push children to action. If a child does not like traditional teaching methods, educational programs can be a great way to get them to learn. Such programs develop children’s problem-solving skills and analytical thinking.

Watching sports programs (football, basketball, etc.) can arouse a child’s interest in sports and outdoor games. Sports shows motivate children to be physically active and lead a healthy lifestyle. As a result, it leads to physical and emotional well-being.

Does your child like to explore the world around him and travel? With the help of cultural TV programs and travel shows, she can get acquainted with all the wonders of the world. The study of different cultures contributes to the social development of the child. She becomes more tolerant of other cultures and begins to think more holistically.

Television programs can cover any topic: from cooking and various crafts to music and theater. TV channels about art and some programs about music, fine arts, etc. encourage children to seek their vocation and show creative abilities.

Responsible TV viewing leads to the emotional well-being of the child. This, in turn, leads to improved performance. Researchers claim that children who watch informational and educational programs outperform their peers in academic performance.

Watching TV is a healthy way for children to cope with the stress they receive at school. Television in reasonable doses can improve a child’s mood and help him overcome emotional problems.

If your child is learning a foreign language, you can help them understand vocabulary and grammar through educational TV shows or movies. In addition, positive programs teach a child healthy emotional behavior and social skills, which in the future will play an important role in his success in life.

If your child is constantly running around the house and can’t sit still for a minute, let him watch TV. This will save her from boredom. The child will be interested, and television content will develop its cognitive sphere. However, you should make sure that this is practiced only occasionally and is not a habit.

Children who see positive characters on TV try to imitate their behavior. This applies to both tasks related to rivalry and cooperation with people. For example, if a child’s favorite character studies well, plays sports, participates in social events, the child will try to do the same. Thus, television helps the child in social development.

Must Read: How to teach children to grow and eat vegetables

Watching TV shows develops a child’s independent and non-standard thinking. These skills are very important in a world where creativity and diverse thinking are valued.

The negative impact of television on the child

Watching TV can also have a negative effect on a child. Consider the main disadvantages of television for children.

Children who spend too much time in front of the TV may lose the opportunities that life gives them. By paying too much attention to watching TV, the child spends valuable time that could be devoted to more important things: communicating with friends, doing homework, playing outside, and so on.

You may think that this point contradicts what has been said about the benefits of television. But television really hurts children under two. At this age, the child’s brain develops. The child develops social and emotional skills. The problem is that the TV, unlike people, does not smile, talk or interact with the child. During this period, she is vulnerable, so television affects the mental state of the child. Even at a later age, extra time in front of the screen can limit a child’s social interaction. In the long run, this may negatively affect its linguistic and social development.

If a child is constantly watching TV instead of playing outside and exploring the real world, he will not be able to develop his imagination well. Children who are accustomed to watching TV cannot stimulate their imagination, to formulate ideas on their own. They consume passively, not create.

Children who spend 2-3 hours or more in front of the screen every day often suffer from attention deficit at school. Such children are more likely to develop attention deficit hyperactivity disorder. The child cannot concentrate and concentrate. This applies not only to education, but also to sports and other areas. The child may not want to participate in creative activities.

Productivity is the key to life. If a child is constantly watching TV and doing nothing to achieve academic, social or emotional life, he is wasting his time.

Children who watch too much TV are at risk for obesity and other health problems. Often the habit of spending all free time behind the screen continues in children and adolescents.

A child who abuses TV may develop “lazy eye syndrome.” It is a blurred or weakened vision that cannot be corrected with glasses or lenses. Television abuse also leads to low physical activity and a sedentary lifestyle. This can affect the cardiovascular system and the brain. Over time, this can lead to cardiovascular disease and narrowing of the arteries.

According to research, excessive TV viewing can change the structure of the brain and provoke negative behavior, especially violence and aggression. Children who watch programs that are not suitable for their age are more at risk than others.

Television gives children a distorted view of the world. Shows that show an ideal life can lower a child’s self-esteem.

Children who watch TV programs that cover topics such as sex, drugs, alcohol abuse, etc., become emotionally vulnerable. They are too small to properly understand these problems, so they can get a distorted view of reality and be exposed to psychological influences.

If a child spends too much time watching TV, he or she is less involved in other activities. Sometimes children even miss lessons or don’t do their homework because they watch TV. Ultimately, this has a bad effect on their success.

Excessive viewing of TV programs can cause a number of problems: from underdeveloped listening and creative skills to fine motor skills. This happens when the child does not show mental and physical activity. If a child develops attention deficit hyperactivity disorder, she may not be able to focus on learning.

Consider specific actions that parents can take to prevent the negative effects of television:

Can small children be allowed to watch TV?

Children under the age of two should not watch TV because their brains are still developing and remain vulnerable. At this age, children develop emotional and social skills, so parents should communicate with them, take care of their emotional needs, and teach them to read, write and draw.

At this age, the child’s cognitive sphere develops, so it is best to keep the TV away from children under two years.

Later in watching TV it is important to know the measure. Make sure that the child watches quality programs and spends his free time productively – so you will ensure its proper development. Watching TV is a part of everyday life and, if approached correctly, it can benefit the child. 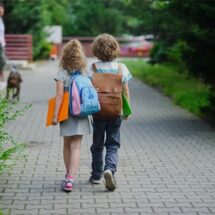 Children – how to successfully restore the routine after vacation? 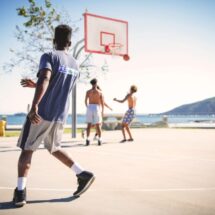 6 effective ways to teach a child to play sports