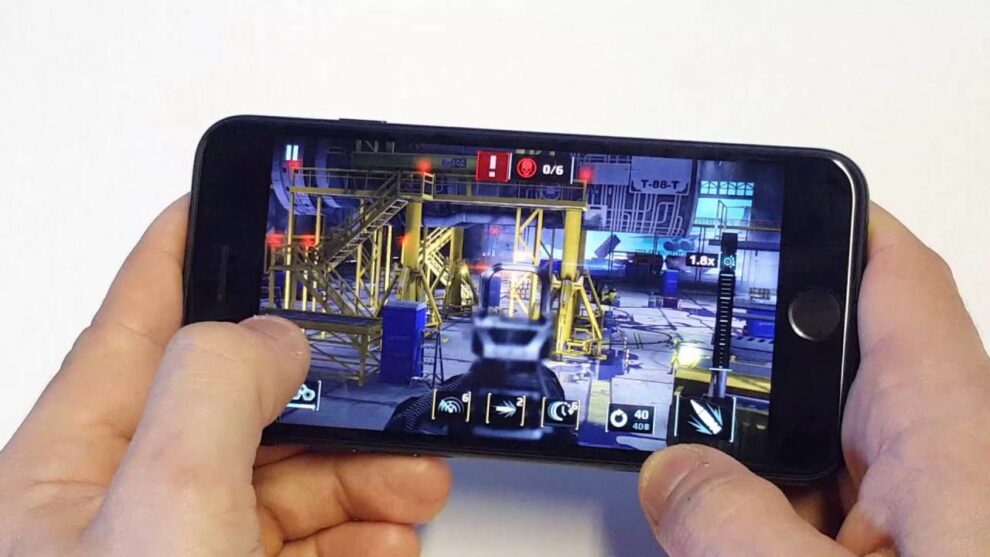 Fan of FPS and TPS? There is no shortage of free shooting games in the Google and Apple stores. If some like Fortnite Mobile are no longer to be presented, others are a little less known, but worth a detour. We offer you our selection of the best shooting games to discover or rediscover.

Looking for a free shooter on mobile, but dreading touch controls? Whether you’re used to the mouse-keyboard combo on PC or controllers on consoles, know that there are excellent shooters available for free download on Android and iOS.

If some games like Fortnite Battle Royale or Call of Duty Mobile are no longer to be presented, other free mobile FPS are a little less known and worth a look. We offer you our selection of the best shooting games, to discover or rediscover.

The best free shooting games (FPS and TPS) on the Play Store and App Store in 2021:

Editor’s note: When a AAA game derived from a huge license lands on mobile, generally, “it’s make or break”. In the case of Call Of Duty, good news: it works. Ideal for pushing your smartphone’s graphics chip to its limits and perfect if you’re looking for a portable shooter, Call of Duty: Mobile is an efficient game that offers a very complete experience, especially for a mobile free game. . Even for this year 2022, he remains unbeatable.

Even if you have to manage to take your marks (touch screen requires), this FPS is rather pleasant to play on a smartphone. It also has a relatively short matchmaking system compared to games of the same genre, perfect for a quick game. Several modes are available, from the classic Deathmatch, to the Battle Royale mode (Blackout style of Black Ops 4), via Domination or Search and Destroy. It is also possible to customize your equipment, without necessarily having to go through the microtransactions box, the game being rather generous on the loot recovered at the end of the game.

Editor’s note: Apex Legends is a free-to-play, multiplayer Battle Royale shooter for consoles and PC and, since March 2022, for smartphones and tablets as well. Your goal, like all games of this style, is to stay alive, but for that you can also count on your teammates. Indeed, Apex Legends is played in teams of 3 players against 60 other players online in 3v3 mode. The Battle Royale mode parachutes you alone into a hostile area.

Of course, you will first have to select your character from the profiles of fighters with different skills. It will be necessary to show strategy, team cohesion and of course, to whistle the balls on your opponents. The combat zone shrinks as the time runs out regardless of the chosen combat mode. Different weapons, protections and accessories will be scattered on the map and you will have to seize them before your enemies to take the advantage.

Editor’s note: Released a few years ago, but regularly updated, Modern Combat 5 is the latest installment in one of Gameloft’s most famous franchises. Playable solo or in a team, the title allows you to choose between 9 customizable classes, all playable in solo or multiplayer mode, from the commando to the grenadier, through the sniper, etc. Each class has its own abilities and skill points, in addition to many customizable elements such as weapons or outfits.

Whether in multiplayer or in the single-player campaign, Modern Combat 5 is a free FPS with particularly easy-to-use touch controls (something rather rare on smartphones, let’s be honest). Especially since they are customizable, and that is an excellent point. Only small downside: the sometimes unstable multiplayer connection when playing with cellular data.

Editor’s note: As its name suggests, PUBG Mobile is none other than the smartphone port of Player Unknown’s Battleground, one of the benchmarks for Battle Royale type games. It includes all the features of the game, all with touch controls. Movement is done using a virtual stick while aiming is done by moving your finger on the screen. Several additional keys allow access to the backpack, the viewfinder, the crouching or prone position or the jump. As always, the objective will be to be the last survivor among a group of one hundred players on an island whose viable area is gradually shrinking.

Of course, touch controls are less obvious than with the keyboard-mouse combination on a computer. Especially since we quickly press the fire button when we are only trying to look elsewhere. However, we will console ourselves with a well-designed protection curve, the publisher Tencent having indeed added many bots for the first games, in order to familiarize you with the touch controls. The game remains effective with good doses of adrenaline.

Editor’s note: Released in 2018, Shadowgun Legends propels the player into a futuristic universe where he embodies a warrior (a “Shadowgun”) destined to defend humanity against ill-intentioned extra terrestrials.

Shadowgun Legends is a shooter that plays in the big leagues: we could compare it to a Destiny, mobile version. Its strong point? Its different game modes: single-player campaign, cooperative missions, but also PvP multiplayer. Another appreciable point, its RPG touch, with different skills to unlock, but also skins and pieces of armour. The game is not burdened with a class system, the player can create the Shadowgun he wants and thus enjoy a unique style of play, supported by more than 600 different weapons. An FPS with high-end graphics, taking advantage of particularly successful tactile handling.

Editorial opinion: An island, a pickaxe, 100 players, chests, guns and a Battle Bus… Is it really necessary to present Fortnite, this huge video game phenomenon? Both a third-person shooter and a multiplayer action game, Fortnite is above all a colourful and highly addictive Battle Royale that has constantly renewed itself since its release in 2017. Playable solo or in teams (2 or 4), the goal of a game of Fortnite is to survive on an island against 99 other players, using weapons and harvestable resources. Small specificity, the title integrates a system of construction of walls to defend and better hide.

Thanks to addictive gameplay, a system of weekly quests to do, a regularly updated map and regular additions (emotes, skins, guns, etc.), Fortnite is an excellent free action game to have on your smartphone.

Remember, however, that Apple has blocked the ability to update or install Fortnite on devices running iOS. Players who have already downloaded Fortnite at least once on their Apple devices can still play version 13.40 by reinstalling it from the App Store, through the Purchased section.

Editor’s opinion: Served by an inimitable disturbing atmosphere, the action FPS that is Into the Dead 2 is on target. After the success of the first part published in 2010, PikPok has indeed put the cover back (successfully!) in 2017 with the sequel to the zombie runner.

The player will have to survive in the heart of an apocalyptic world filled with zombies, fighting their way between the undead using a vast arsenal of weapons that makes shooting particularly addictive. If the scenario may seem classic at first glance, the game nevertheless has an evolving story, with multiple purposes: each player creates his own adventure. From misty forests to abandoned military bases, the scary atmosphere is very successful. Enough to afford a few cold sweats on your mobile!

Editor’s note: Developed by the Gameloft studio, to whom we already owe the Modern Combat FPS game series, Blitz Brigade is a free multiplayer shooter. Up to 12 players can compete on battlefields full of weapons, armour, tanks and bombs. FPS fans will find what they are looking for with more than a hundred weapons to exploit, vehicles and a super mecha called the Crusher to defeat your opponents in seconds.

You will first have to choose your champion from 7 available classes. From dedicated medic and powerful soldier to sniper and strategist, you can find out what skills you excel at. It will also be possible to develop these skills and unlock new ones. Several game modes are offere: deathmatch, domination, capture the flag, melee, etc. A single player mode allows you to test your skill and practice before embarking on multiplayer games.

Editor’s note: In Dead Trigger 2, as you can imagine, you’re going to knock out zombies. Although the subject of the end of the world and the zombie invasion is a bit “warmed up”, Dead Trigger 2 renews this style of play with neat graphics and more than sixty scenarios and battlefields. No less than ten regions must be freed from zombies and your firepower will not be enough, it will take thought and strategy to overcome them. During the story, you will meet other characters who can help you resist and survive.

Different game modes are offered. And players to complete their military arsenal to eliminate all the creatures that want to devour them and turn them into zombies. From simple assault rifle to rocket launcher, you will need to upgrade your weapons to survive the zombie apocalypse. And if you feel strong enough, you can take on other snipers in the Arena.

Editor’s note: In this top-down, Futuristic-Looking FPS, players will have to roam the corridors and rooms of a laboratory. Looking for mutants from experiments gone wrong. They will have to explore the area with a flashlight and shoot anything that moves and looks hostile. Each destroyed monster will bring points. Which will allow the player to climb the rankings, improve their weapons and level up.

To kill mutants, your weapons will be your best allies. You will also have a substantial arsenal both for attacks and to protect yourself. Of course, your equipment improved via credits to spend in the game shop. Killed mutants can also bring you equipment, items and special powers. Xenowerk also offers a progressive difficulty system that increases according to the level reached by the player. 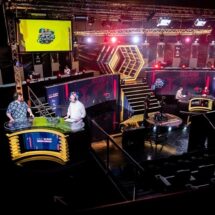 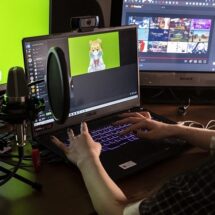 Vtubers or virtual youtubers: everything you need to know 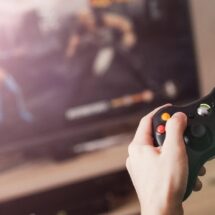