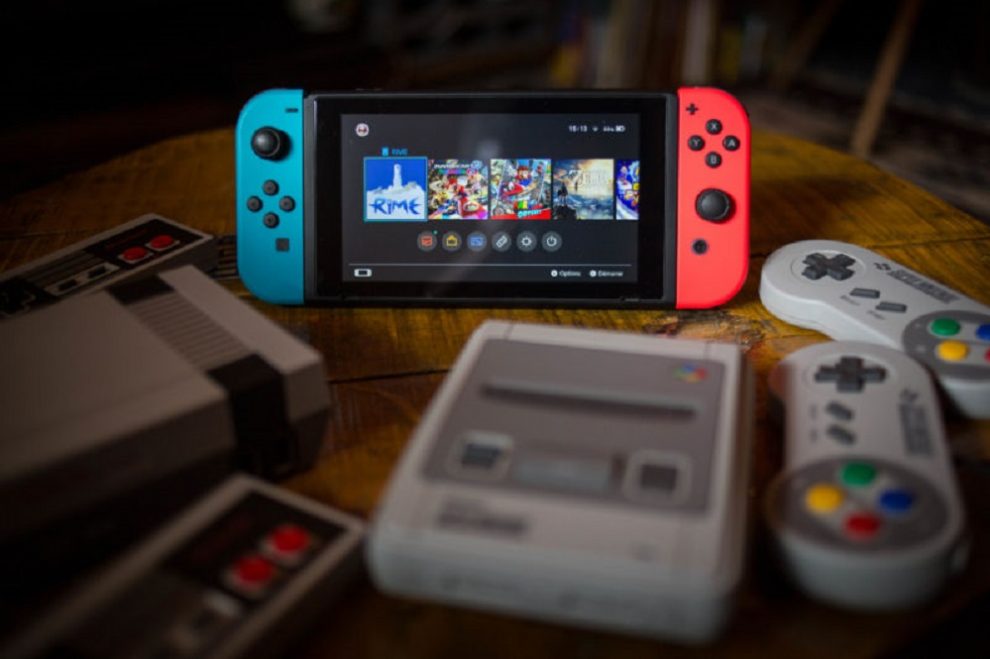 The world of gamers has changed significantly since the days when they could choose between no more than one or two consoles. Before, the choice was relatively easy – Mario’s fans chose Nintendo, while Sonic’s – Sega. But decades from now, things are not so easy. Of course, each of the consoles on the market has its own exclusive titles, but most games come in versions for all consoles. 6 Best Game Consoles.

Sony’s latest generation console has sold 64 million units worldwide and holds 62% of the market share. The latest and most powerful model from the generation PlayStation 4 Pro or PS4 Pro for short is expected to be the most popular on the market.

The model has increased productivity and the frames in most games easily reach a stable 60 frames per second.

In addition, the console supports 4K resolution and video playback. The power of the graphics card is doubled compared to the standard PS4.

The PlayStation 4 game library currently has about 1,700 games, all of which can run with more frames and higher resolution in the Pro version of the console. The model is especially suitable for multimedia – it can play Blu-ray discs, stream TV, video, movies, music and more thanks to the additionally developed applications for the console.

Due to the huge popularity of PS4 Pro, you can be sure that even online multiplayer games will be heavily populated by players.

With their Xbox One X console, Microsoft responded to Sony for their PS4 Pro. As expected, the X model is an improved version of the well-known Xbox One and is the most powerful console on the market at the moment. A

If you want to get the best gaming experience at the highest possible resolution and with as many frames per second as possible – this is the console for you.

The Xbox One X is actually the only console on the market of the current generation that has enough performance to display games in 4K resolution at 60 frames per second.

Thanks to this, the latest and most up-to-date games look real and with very high details – from dynamic shadows and sun rays to moving hair and clothes.

The console is fully compatible with all Xbox One games. Titles that do not support 4K run at 1080p, but with more frames and more detailed graphics.

In addition to all this, on the console you can play classics from older generations of Microsoft consoles – Xbox and Xbox 360 thanks to backward compatibility.

With its release, Nintendo’s console made a request that it could be used for mobile gaming, as well as at home on TV – something that is not common.

This is an innovative console that allows you to play anywhere – on the go by attaching portable controllers or at home with friends. Over 50 video game publishers are working with the Nintendo Switch, which means already there is a rich library of games and such will continue to come out.

Games like Mario Kart 8, Mario Odyssey and Legend of Zelda: Breath of the Wind are among the exclusive hits for the console.

The model is great for playing with friends at home, for playing on the go, and even for a multimedia tablet after unplugging the portable controllers.

Nintendo is known for making excellent consoles that are best suited for children, so their latest Wii U is no exception.

Most console games are suitable for people of all ages, and the titles themselves have catchy gameplay and are extremely fun.

The model uses a controller with a built-in touch screen, which allows children to play on the console, while adults use the TV for something else.

The Wii U library contains some of the funniest family games that allow local multiplayer such as Mario Kart 8 and Super Mario 3D World (both for up to four players).

Best of all, the console is backward compatible with Wii controllers, so if you have the old model – no need to buy new controllers for family and friends.

The Xbox One S is a good investment for people who want a state-of-the-art console without paying too much and don’t mind sacrificing a little performance for it.

However, Microsoft took an even more logical approach to budget gamers, who don’t mind playing only digital games, and released the Xbox One S All-Digital. The console comes in only one version – without an optical disc reader and with a 1TB hard drive. Due to the lack of a blue-ray reader, the console is cheaper in price and lighter.

In reality, with the purchase of such a model you get the opportunity to play only digital games, downloaded to the console hard drive. This is a double-edged sword because you get a console at a lower price, but you don’t have a blu-ray reader to watch movies or play physical copies of games. But if you don’t mind playing digital games and your collection is in digital rather than physical format, you won’t miss out on buying an Xbox One S All-Digital.

Microsoft is so good at providing gamers with three free games with the purchase of this version of their console: Minecraft, Sea of ​​Thieves and Forza Horizon 3.

Nintendo was the king of portable consoles when he first sat on the throne in 1989 with his Gameboy console. Now with its latest model from 2017 called Nintendo 3DS XL – proves it again.

The console has two screens and is fully portable with real 3D capabilities and a library of over 1200 games and backward compatibility with Nintendo DS games.

Nintendo has come a long way from the 8-bit Gameboy to the powerful and reliable Nintendo 3DS XL, which has a face tracking system, 3D capabilities, Wi-Fi and other extras.

What to look for in a console?

The latest consoles can be relatively expensive, but that doesn’t mean you have to spend a lot of money to have fun. For example, the Nintendo Switch console is cheaper than other consoles in the same class, and offers no less fun. You can also buy a reissued version of a classic console for little money and replay or try time-tested games for the first time.

If you have an older generation console and are considering replacing it with a newer one, see if it will be backward compatible with your old one. This will allow you to replay your old games from the collection.

For example, the PS4 can’t play games from older PlayStation consoles, but you can play them again thanks to the PS Now streaming service.

On the other hand, the Xbox One has backward compatibility and you can play many of the classic Xbox and Xbox 360 games on it.

How important is it for you that the console supports games in 4K resolution? If the answer is “very important” then you need a 4K console such as Xbox One X or at least PS4 Pro.