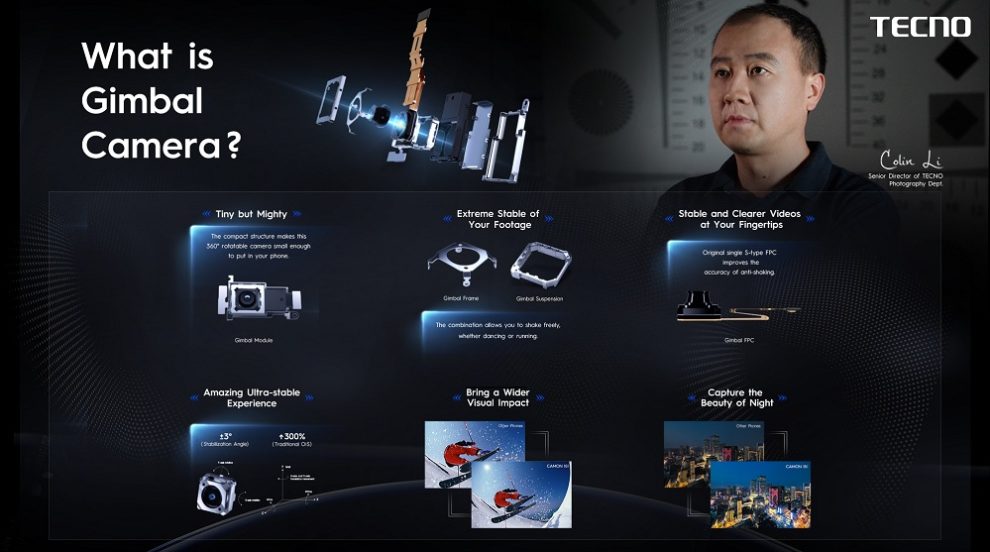 TECNO has finally started promoting its first Gimbal Camera phone –CAMON 18 in Pakistan. After its successful launch in the global market, local users have highly anticipated the phone.

CAMON 18 comes as with the most exclusive features from TECNO so far. The phone shall support a Stabilized Gimbal Camera and 60x Zoom Technology. The Professionals are using many features for high-class videography. Apart from this, CAMON 18 series will have three variants coming to Pakistan; CAMON 18 Premier, CAMON 18P, and CAMON 18t. The series will be a premium one, engaging not only the mid-range segment but the high-end users.

As CAMON is TECNO’s flagship photography series, hence camera is going to be the main feature of this new phone. The phone launched globally and got immense popularity due to its enhanced Camera Technology. This is the first time gimbal technology is being introduced in any TECNO phone and this will be a game-changer for mobile photographers & videographers.

“This is the first time TECNO is introducing such high-class features in any of its phones. The gimbal technology will immensely help mobile photographers and videographers to get professionally stable and smooth pictures. The 60X zoom is also a first in our phones and you can say that both features combined, this phone is going to be a hit among high-end users.”

Looking at the teasers, CAMON 18 looks like a promising device. The phone will have expected to hit the markets soon to become famous among photographers and high-end users. The launch date did yet not announce so stay tuned for more.