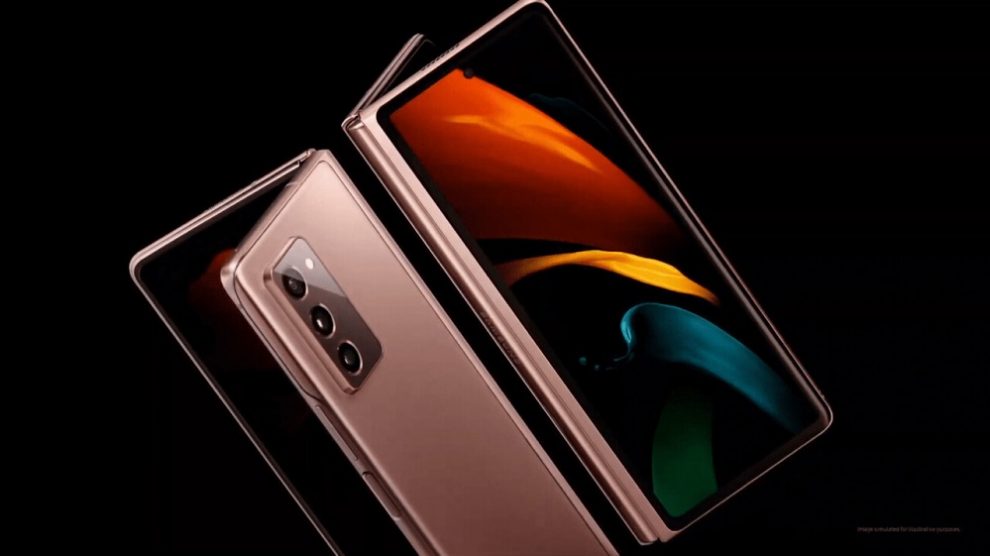 The Samsung Galaxy Z Fold 2 is one of the best phones ever released. It has an extremely innovative folding concept and Samsung has learnt a lot from their previous design of the fold and improved on the previous version the Galaxy Fold in numerous amounts of ways making the phone quite capable to become a daily driver for a lot of users due to its absolutely innovative sleek design and its actual practical uses. the most innovative phone of 2020.

The phone was announced on the 5th of August 2020 and has a weight of 282 grams and can be folded and unfolded according to the current use case a user has. It features a nano sim or an e sim and also has Samsung pay. The display is foldable dynamic with 2 Amoled screens with a 120 Hz refresh rate and HDR 10+ certified display. The display when unfolded has a size of 7.6 inches with a resolution of 373 ppi. The cover display is 6.23 inches which is a super amoled.

The phone in itself is running the latest version of Android 10 with an all-powerful Qualcomm snapdragon 865+ based on a 7nm+ node architecture. It has no internal code slot but stores plenty of storage in terms of 256 GB and 512 GB. It features a triple camera setup with a wide telephoto and ultra-wide camera. It has an LED flash HDR and panorama capabilities.

Must Read: Atomic Energy Jobs in 2020

The Z Fold 2 also features a selfie camera which is 10 megapixels with another 10 megapixel wide camera. The phone has quite great speakers which are stereo. The Galaxy Z fold 2 has no headphone jack but has audio that is tuned by AKG. The technologies in the Z Fold 2 present are wifi and Bluetooth 5.0 with aptx HD. It also has GPS NFC and USB Type C 3.2

The phone has a side mounted fingerprint sensor and the Z Fold 2 has good battery life with a 4500 mAh battery. All these features combined turn it into one of the best phones in 2020.