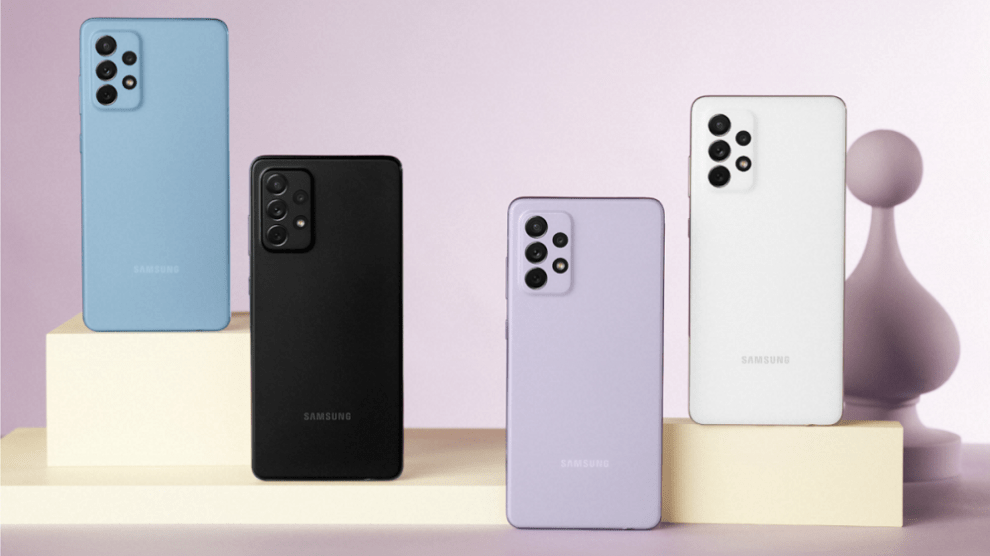 I think Samsung has launched its best mid-range mobile so far with this A72, but … will it be enough to fight in a market that is increasingly complicated? We tell you our opinion about the Samsung Galaxy A72 in this analysis in which we review all its characteristics, its strengths and also some things to improve in future generations.

Samsung is the company that sells the most phones, and it has achieved this thanks to a very good track record and, above all, due to its ability to retain users in its different ranges. In the highest range they have a clear strategy and every year they offer the best with their Galaxy S and Galaxy Note, but in the mid-range they were somewhat more lost.

Xiaomi broke into that segment with force and, although it has taken them time, Samsung has managed to react with its basic ranges -the Galaxy M- and also with the mid-range, some Galaxy A that offer characteristics halfway between the mid-range and the high-end.

This year they have launched mobiles such as the Galaxy A52 -analysis- or this A72 that we analyze below which are, in our opinion, the best mid-range of the company in its history not so much because they are the last, but because they have finally begun to understand this segment. Now, will you be able to compete against mobiles that offer something more for less money? We see it in this review.

And we are going to start talking about design, since here we begin to see those decisions between two waters of the company. We have the Galaxy A72 in white and, the truth is, I think it is beautiful. Of course, in this range they bet on colors and we have other shades (lilac is also very beautiful), but they also bet on plastic.

It is not a particularly premium plastic. There are times when we can like a plastic body a lot because of its finish, its touch or its appearance. And, honestly, if you are not going to offer fast charging, I do not see it necessary to mount glass if you put a good plastic on me, which was what the Galaxy S20 FE had -analysis-.

Must Read: Inverted classroom technology: the art of practical use

The traces do not remain, but I already said that the feeling is too plastic, far from what the touch should suppose in a mobile of this price. In fact, if you slightly squeeze the back cover, we see that it sags a bit.

What to like is that the camera module is very well integrated into that set. It does not stick out too much and the set is pretty. Good here, Samsung, because it contributes to creating that sensation of an ‘expensive’ mobile in sight … although when you touch it I already say that we feel something else.

The sides are made of plastic with a glossy finish and we have the entire button on the right side. In the upper part we see a micro and the DualSIM LTE slot that we can use for two cards or for a SIM and a microSD of up to 1 TB and at the bottom we have a 3.5 mm jack, another micro, USB-C and one from the speakers.

The other speaker is at the top, using the call headset and the audio is one of the best points of the mobile.

It is a large terminal 165 mm high with a width of 77.4 mm and a thickness of 8.4 millimeters, something that is explained by the capacity of the battery (5,000 mAh), but what does not ‘weigh’ a little more is … well, weight. They are 203 grams that are noticeable in hand, and that in a plastic mobile is quite a lot.

Its 6.7 “panel in 20: 9 format will not make it easy to handle the mobile with one hand, but it is something you get used to, especially if you like to consume content, since it is the strong point of this terminal.

Before talking about the screen, it should be mentioned that we are IP67 certified, which allows us to submerge the phone for 30 minutes at a depth of one meter. We do not recommend swimming with it for granted, but you can afford to use it in not very intense rain or in environments where there is sand in the environment.

Now, let’s talk about the Galaxy A72 panel because it is the strong point, along with the battery, of the mobile. As I said, we have a 6.7 “screen that occupies 84.4% of the front. The frames could have been more used, but hey, you get used to it and, although the chin is asymmetrical, the good thing is that it is not one of those wide chins that we have had on other mobiles.

The panel is SuperAMOLED and has a refreshment at 90 Hz, and it was about time Samsung took advantage of its ‘good’ panels for its own mid-range. The Galaxy A52 mounts a SuperAMOLED at 120 Hz and here we have those 90 Hz that still seem like a substantial improvement over the 60 Hz panels.

The content looks very, very good and thanks to that large screen you will enjoy video games, series, YouTube, Stadia and xCloud. The colors are somewhat saturated, typical of Samsung, but without going overboard and, in addition, we have different panel configuration options to change the tone and intensity of the color.

The viewing angles when we are viewing content with a white background I think they can be improved, but in the rest of the cases we have a very good panel. The sensitivity is correct and the 90 Hz is greatly appreciated.

And another thing that has surprised us is the brightness. The automatic brightness sensor works well and the system is quick to adjust the brightness of the screen depending on the ambient brightness, but outdoors it also behaves very well.

Samsung speaks of a peak of 800 nits and we have measured 614 Lux on average with a deviation of 2.5 Lux. It is a good figure that allows the content to be viewed correctly outdoors.

If you are one of those users who love the Always-on Display, you should know that you can activate it and have it always on. Notifications appear correctly and it is not something that affects the autonomy too much thanks to its huge battery.

It goes unnoticed when there is color on the panel, but when we are reproducing something with black side stripes, the truth is that the silver ring that Samsung has placed draws a lot of attention.

The multimedia system is complemented by stereo speakers that I have loved, in a nutshell. It has a high volume, it is resounding and I think the bass could be a bit more powerful, but the truth is that the sound quality is very, very good.

At the heart of the team we find the Snapdragon 720G, a processor that has a time. their backs and yes, it is still solvent, but it is not the most efficient, the most powerful and the most modern, in short, that can be assembled right now.

However, even though the power is there, I think the mobile is a bit lazy, and that is OneUI’s fault. I think Samsung is turning OneUI into what it tried to leave behind with Touchwiz, a very, very heavy layer that was poorly optimized and that was regular even with the most powerful processors.

We have OneUI 3.1 with Android 11 and everything is updated to the latest version … and we noticed that there is lag in the system. Discover, curiously, I am doing reasonably well, but I notice that the mobile takes longer than necessary to respond to my gestures and keystrokes.

It is a somewhat lazy terminal in this sense and it does not matter if we have 90 Hz activated, since with 60 Hz it is also the same. It is not that it cannot be used, but it is a mobile that definitely does not give you that sensation of speed that its direct rivals have (and much cheaper).

And I am convinced that the fault lies with the OneUI and not the hardware because there is some error that I have had in this two week use that should not have occurred. And, I think that the RAM is not well managed and there are times when the phone is very slow with a few apps in the background and returns to its normal state (which is still slow) when we close those apps in the background.

It is something that had not happened to me in any modern mobile, the truth, and it is true that the first time I met it I did not know what to do. I closed YouTube and when I reopened the app, the video was just as slow. I had to close all the apps and, as I said, everything was going as it should.

Of course, we are going to have a mobile with three major Android updates, something that is greatly appreciated and that puts Samsung at the level of Nokia in terms of software support. It is to applaud, but I do not know if a user with a mobile that feels lazy will take three years to update …

And finally, let’s talk about unlocking. We have a fingerprint on the screen and unlocking by photo and the truth is that I did not like one system or another. They are precise and I have not had to change the position of the finger to catch the fingerprint, and the camera with a little light in the room already unlocks, but it is a slow system.

Follow in the wake of OneUI in this regard and I don’t know if it’s because of the unlocking animation or because Samsung can’t find the key on the optical sensor (in the ultrasonic they do it better and better), but to put this unlocking on the screen I honestly prefer a capacitive sensor on the side.

Samsung likes to put the tag 5G on all its products compatible with this technology and, as you can guess, the A72 that we have is not 5G. For the price, we believe that it is another section in which they have fallen somewhat short.

And the thing is, there are mobiles, again, cheaper with 5G, but the A72 is a mobile that its buyers will want to have for two years, easily, and I think that in one or two years 5G should be mandatory in certain price ranges .

The camera is one of the main reasons for changing smartphones and before we could only find good (but really good, no, “decent”) cameras and sensors in the high and premium range, but the situation has changed a lot.

Mid-range mobiles increasingly offer better results in the photographic section and Samsung is a classic in these struggles. They lagged a bit behind a while ago, but it seems they want to redirect the path by offering competent cameras in all ranges.