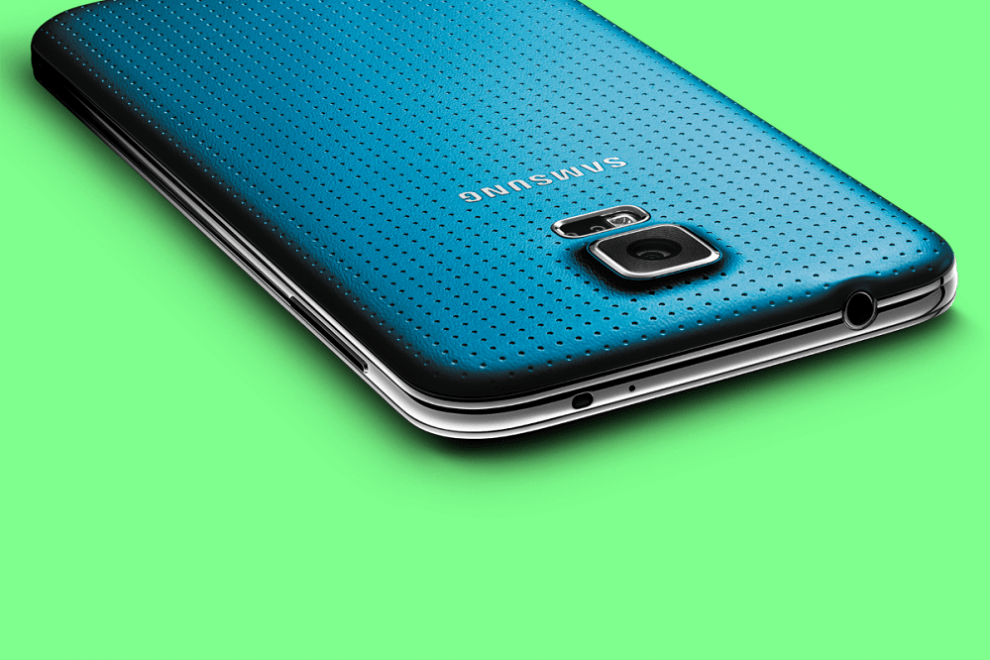 The Samsung Galaxy S5 was the last of the high-end Galaxy S to have a plastic body, also the last that reserved one of the options that has already disappeared from most phones: the possibility of easily changing the battery. The mobile debuted protection against water even though the back cover was removed. And this cover accumulated a lot of controversy: the finish ‘band-aid’, caused the mockery at the time. But how does it look now after more than five years of life?

It cannot be said that the Samsung ‘S’ family will remain stagnant after the Samsung Galaxy S5 as the brand has been evolving it based on generational leaps every year. And with the Samsung Galaxy S21 on the street, the distance between the S5 and the S21 is even more noticeable; without for this reason the old mobile has become a museum object. So, taking advantage of the fact that 2021 is bringing a good string of phones, it occurred to me to take up one of the mobiles in my collection, the Samsung Galaxy S5. Has time passed so much time for it to stop being usable? Let’s check it out.

The design maintains the classic Samsung style on the Galaxy: huge bezels above and below the screen, also quite large on the sides; physical Home button with the backward and last open applications of capacitive style; power button on the right side of the phone and volume button on the left side; micro USB 3.0 (double connector) in the lower part and protected by a watertight cover (it disappeared).

The edge of the Samsung Galaxy S5 is plastic and ribbed; staying covered by a chrome-look paint that peels off with use. And from behind, the rubber-like lid gains presence (now it is sticky) and micro-perforations; topped off by the unique camera, LED flash and health measurement sensors.

It is not excessively large in the hand, at least according to what we would consider today as large, it is not heavy either. Of course: it shows how well the phones have evolved in the use of the front since the screen, despite being of very good quality, would be much more grateful to access the ‘Infinity Display’ format.

Using the Samsung Galaxy S5, and pressing the physical buttons (especially the Home), throws a certain feeling of cheap mobile. Therefore, the Galaxy S5 loses a lot in touch and design compared to any equivalent mobile today.

The plastic in the construction doesn’t feel good, especially because of how badly it has aged. The paint has chipped in some areas of the edge, but the blows are not nearly as noticeable as they would be on aluminum (one thing for the other). In addition, it is a mobile that resists impacts much better: before the screens were not so easily broken (neither the back face of the mobile since the Galaxy did not use the glass). What did you drop the Samsung Galaxy S5 on the ground? It jumped the lid, the battery and little else: it was enough to mount everything again and run.

The benefits withstood the test of time

Despite the fears that have always existed with the AMOLED screens of the Samsung Galaxy, the panel of the S5 that I have in my possession is still intact. No burnt images or dead pixels or loss of detail: the screen could go through any of the 1080p that is now (saving the distances). Yes, it maintains the excess saturation so common in TouchWiz and Samsung at that time, something that does not finish adjusting from the screen options.

Used to analyzing mobile phones of all brands and prices, going back to a phone from almost six years ago has not caused me as many problems as I expected since it can perfectly pass through a current mid / low range, at least in terms of performance. It works without too many backsliding as long as there are not too many tasks running in the background, most current games continue to work, WhatsApp lacks problems and there are no drawbacks around the majority applications either. Of course, it has Android 6.0.1 and the latest security patch is from August 2017. Fortunately, there is still movement of compatible ROMs to continue giving it new opportunities.

Despite the fact that it no longer seems like a high-end after the six years it accumulates between the layers of plastic, glass and metal, the Samsung Galaxy S5 remains equipped with what many would like in their current ‘premium’ mobile. For starters, it has a Snapdragon 801 processor, a luxury considering the current Exynos. In addition, the Galaxy S5 boasts an infrared sensor to control from the TV to the air conditioning, includes a headphone jack, offers FM radio, the fingerprint reader is on the Home button (much improved compared to the current ones) and even it is resistant to dust and water. Nothing bad.

Samsung has always included good sound in high-end phones, and the Galaxy S5 is no exception. Quality audio in wired headphones, also in Bluetooth; not so much with the external speaker located behind: the placement is not the most suitable to enjoy multimedia content. Despite that, the external sound is at a very good level: high volume and without excessive distortion.

Must Read: What to Expect at the Launch of realme 8 Series?

It is a mobile that is still enjoyed in almost all hardware aspects. But in software … Well, the fact of having stayed in TouchWiz does not benefit him, nor that the latest version of Android that he has (officially) is 6.0.1 Marshmallow. Still, the phone is perfectly usable. I have even been able to download PUBG to play without too many inconveniences, always in medium quality.

Software lag is noticeable at every pixel, from the desktop interface to the look of reinstalled Samsung apps. Beyond TouchWiz and its major flaws (I did not remember the endless settings menu), Samsung allows you to install applications and games from the Galaxy Store, it is even possible to install Samsung Members. Of course, there is no Samsung Pay, it is a pity. Although it is possible to install other mobile payment applications, such as Google Pay.

A camera that keeps the type

Nothing of multiple cameras, neither optical zoom, wide angle or sensor of a gigantic size: the Samsung Galaxy S5 is ‘satisfied’ with a 16 megapixel mono camera and f / 2.2 aperture that offers acceptable performance despite its operation being somewhat slow (often too much). It takes a while to open, it tends to constantly refocus before taking the image and these inconveniences are aggravated as the light falls. Considering the years it accumulates, they are logical drawbacks.

Beyond the problems, the camera of the Samsung Galaxy S5 behaves appropriately. It offers bright and detailed photos in bright light and outdoors, has multiple shooting modes, offers manual HDR (does not look too artificial), includes a manual bokeh mode with background blur, and generally the colors are quite correct with respect to reality: it does not tend to saturation, but to overexposure (especially at night).

In night photos the results are quite lackluster, which is logical given the age of the phone. With uniform areas of light it does not do a bad job, at least with the rear camera: the front one cannot be used in selfies in medium and low light; at least as long as you don’t want a watercolor sketch.

An acceptable experience for a 6-year-old mobile

Not all mobiles withstand the passage of time the same. The Samsung Galaxy S5 is not a powerful phone today, nor is it far from up to date since it continues to present the old TouchWiz custom layer, but I could not say that, despite the logical drawbacks, it is no longer a phone suitable for the day to day. In fact, it has worked much better than I expected since none of the applications that I use regularly had problems. Not even games.

The touch is not that of a high-end as I would consider it today, that feeling is very bittersweet. Also the need to press a physical Home button: once you get used to the virtual buttons on the screen, and to the navigation gestures, having physical keys gives off a certain feeling of antiquity. Now, how nice it was to get the exchangeable battery back: I can fix the autonomy problems just by looking for a new battery in stores like eBay. No need to take the mobile to repair or risk disassembling the phone: remove the cover and that’s it. There is no doubt that with the unibody we have lost more than gained.

I would not recommend buying a second-hand Samsung Galaxy S5 considering the great mid-range we currently have. However, the S5 can be a perfect replacement mobile in the event that the main one fails. It can even be used in combination, so as not to leave the house with the main phone when there is a risk of it getting wet or breaking (on the beach, excursions to the countryside or bicycle trips, for example). Not only is it good for basic use, it maintains capabilities that are no longer seen on smartphones today.

Returning to the Samsung Galaxy S5 after more than five years since its launch was a small cure for humility since, despite the fact that I value Android updates, and that I insist on highlighting the phones that do not update, the truth is that a mobile can continue to provide good service despite being out of date with software.