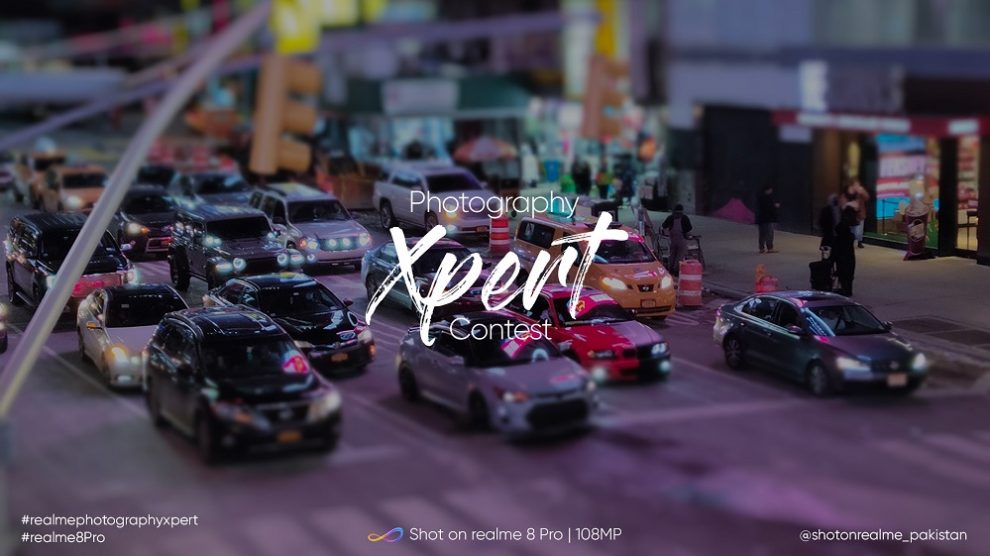 The smartphone industry is about to heat up with new entrants that will entice photography enthusiasts all over Pakistan. With a vision to Capture Infinity, realme is gearing up to introduce the all new realme 8 Series which sports a 108MP Ultra Quad Camera and tons of other remarkable features. The realme number series has always been a frontrunner of technological advancements as it brings flagship features for the youth thereby democratizing top notch technology for everyone.

The new realme 8 Series touts a 108MP Ultra Quad Camera in the realme 8 Pro that is equipped with Samsung’s new 1/1.52 inch HM2 108MP sensor. This sensor has a maximum resolution of 12000×9000, providing an ultra-sharp photo quality. And with a spectacular new technology of 9-in-1 Pixel Binning, the dim-light images take a whole new aura and give noiseless stunning imagery, even during nightfall.

The 108MP camera on the realme 8 Pro also has 3x In-sensor Zoom capabilities that map zoomed images over at 12MP by taking eight 12MP photos in a row, and then utilizes a clarity enhancement algorithm to further increase the image clarity. The end result is a 3x photo from the realme 8 Pro that is even better than some optical telephoto lenses in terms of sharpness.

Time lapses are gorgeously captured with the realme 8 Pro, as it sports an exclusive time-lapse video algorithm based on starry photos. The camera can take 480s to shoot 30 photos and then generate a 1s time-lapse video, the time-lapse mode can show the perpetual changing universes at 480 times faster speed. Now, how cool is that?

Must Read: TECNO to astound fans with the upcoming Spark variant and mysterious ‘Spark girl’

While groundbreaking photography is at the heart of the realme 8 Series, the brand is opening doors to infinite wonders with their realme Photography Xpert Campaign. The company is inviting realme fans from all over Pakistan to join in their #shotonrealme campaign by using their favourite realme smartphones. All they have to do is show their aesthetic prowess and upload it with the hashtags #realmephotographyxpert and #realme8Pro and tag the @shotonrealme_pakistan account.

This gets their work to be featured on all official realme assets, while a chance to win a realme 8 Series smartphone.

Apart from bringing the realme 8 Series, realme is also introducing a host of smart AIoT products such as the Buds Q2, realme Motion Activated Night Light and the other gaming accessories.

So, there is no time to wait as the realme 8 Series launch is just around the corner, so people can Capture Infinity right away. Catch all the action live on realme Pakistan’s official Facebook page and YouTube channel on Wednesday, April 28, 2021 at 07:00 pm.