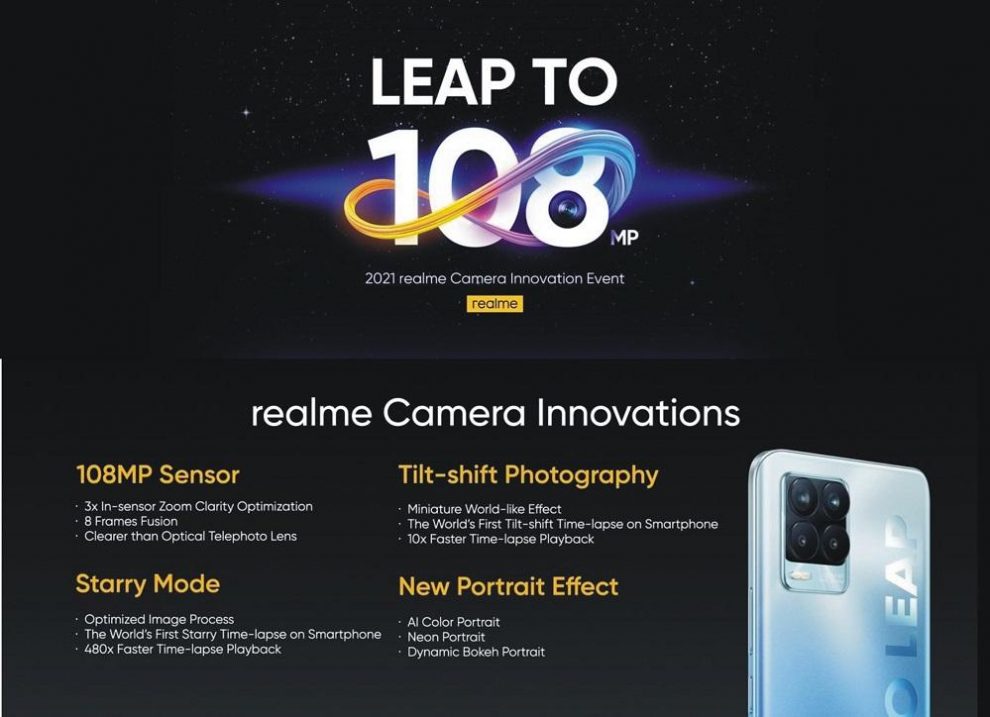 The 108MP photo taken by realme 8 Pro has a well-balanced overall exposure with vivid colors and sharp details in both bright and dark areas. The details are still sharp even after zooming in.

And based on the advanced 108MP sensor, realme provides lots of deep optimizations and exciting features.

In realme 8 Pro’s camera, 3x mode will activate a new In-sensor Zoom, the sensor will only use the 12 megapixels mapped with the zoomed part to generate an image. The imaging process is faster because of the smaller size on the 12MP photo, enabling realme 8 Pro to take eight 12MP photos in a row and then input them into the clarity enhancement algorithm to further increase the image clarity.

After such processing, a 3x photo from realme 8 Pro is even better than some optical telephoto lenses in terms of sharpness.

In the new Starry Mode, realme also launched the world’s first Starry Time-lapse Video on smartphones. Starry time-lapse videos are usually realized by shooting multiple clips via professional cameras, and then synthesizing and combining these clips by a computer through video editing software. Develop starry time-lapse video is facing a serious challenge in terms of the needed performance to handle the synthesis of the photos.

realme came up with an exclusive time-lapse video algorithm based on starry photos. It will take 480s to shoot 30 photos and then generate a 1s time-lapse video, which means the time-lapse mode can show the perpetual changing universes at 480 times faster speed.

realme also provides some adjustment options in the tilt-shift mode, such as the shape, angle, position, and size of the bokeh effect, and even the transition effect between the bokeh area and the clear area. You can conveniently choose and customize the bokeh effect as to best suit the scene.

As the star series of the realme smartphone portfolio, the realme number Series will focus on cameras in the future and bring the most innovative camera tech and feature, creating new trends in photography and providing a leap-forward camera experience to young users.

108MP camera and the new trendsetting photography features will soon be available on the upcoming realme 8 series, stay tuned with the launch event!