Home » News » National » Raise without penalties … But how? 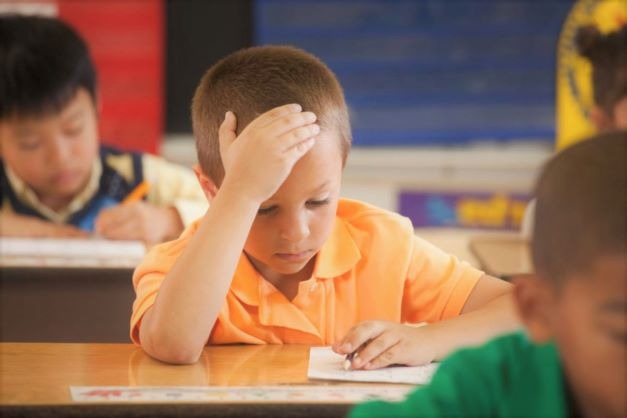 I am in favor of upbringing without punishment, because punishments weaken the parent’s position in the role of educator, undermine the child‘s sense of security, weaken his responsibility and make the child perceive the world as a space where the bigger and stronger wins. But what in return? Raise without penalties.

Will a child with impunity understand that there are actions that harm, harm? Upbringing without punishment is based on rules. It is the rules that organize life and only breaking them justifies the use of  that’s right. Penalty? Or natural consequences? First things first.

Establishing (or actually: setting) rules is a key educational mechanism. For a younger child, the information about what is allowed and what is not is understandable. The parent, who is undisputedly an authority and model for a little man, sets standards that are not discussed. Until, of course, but more on that below.

The rules concern very different areas: safety (rules of behavior in different places), health (nutrition, exercise, taking medications, clothing appropriate to the weather) and morality (respect for one’s own and others’ psychological space, the right to intimacy and dignity). For younger children who do not yet understand the complexities of these problems, we are talking more about boundaries than rules. For them, testing these boundaries is gaining knowledge and shaping attitudes regarding various areas of life. The role of the adult will be to consistently remind you of limits and answer countless questions: Why?

The benefits of setting boundaries:

In the case of older children, the responsibility for respecting the boundaries will gradually expand. However, also here the adult constantly watches, supports and explains the complexity of problems related to social life. She is always with the child, on his side. Also, and perhaps most importantly, when a child breaks the rules. Then it helps him understand the situation and supports him in correcting the wrong or changing his behavior. Setting rules for older children means including them in discussions about how to prepare for an event, visit, party, meeting, date, etc. Here, a clear message from an adult is not enough: I expect … I do not agree to … It is rather necessary to talk to a young person in which the adult asks the questions: How do you see it? What do you think can be done in this situation? How to plan this activity?

That children test limits and break the rules is an obvious developmental pattern. They are driven to do so by their curiosity about the world, lack of knowledge about threats, impulsiveness and childish egoism. We use punishments so that the child remembers that something is not allowed, it should not, that it has hurt us, has disappointed our expectations … Most often punishments are announced from the position of the one who has the power: I will not play with you today. You are banned from watching TV! Computer Zero! No going out to friends! What do we teach a child? The adult is right because he is bigger. He does not ask me what really happened, he is not interested in why I did it, he wants to show his strength … And there could be many reasons for “bad” behavior. Penalties, even the most severe ones, do not explain the situation, do not support the development of empathy, do not teach living according to the rules.

Consequences differ from penalties primarily in that they are predictable. They are not the result of emotions, but an expression of care and educational principle. We talk about consequences when a child knows a rule and consciously decides to break it. If he makes a conscious decision, he also chooses to bear certain consequences or to take action to redress the harm or harm. For example, the rule is: Lying is bad, so we don’t lie. The consequence of lying may be the need to tell the truth (to the same group of people in which the lie was previously told) and to apologize or compensate for the unpleasantness by giving the person some kind of pleasure. Such consequences are much more difficult to bear than a day without a TV set. They teach responsibility for their words, show that the word has power, but also – through the natural mechanism of shame – make the child think twice before lying again. The described situation is quite clear and unambiguous. But this is not always the case. What are the consequences of, e.g. hitting a friend? An apology – for sure. But it is not enough. You have to make up for the wrong. And here I no longer have a rule of what it means. If it is an adult who shows the child a way to make amends, he deprives the child of the opportunity to face responsibility for his actions. So maybe it’s better to ask: What is your idea of ​​rewarding your friend for that distress? And when the child comes up with a way, the adult will support him, and he will certainly praise him.

Must Read: Student’s backpack – a matter of great importance

What could it look like? When a child breaks a rule, I sit down next to him (or crouch so that my eyes are level with his eyes), saying calmly: The rule is… What are the consequences? If the child does not want to cooperate with us (because, for example, he is very irritable, agitated), I let him “evaporate” his emotions and go back to the conversation. Older children can ask: Can we talk? Do you need time to think about the situation? And so on.

This is the third element of upbringing without punishment. Praising children is the responsibility of adults. It is adults who know more about the world and people, so in the eyes of a child they are the authority in matters of what is good and what is bad. If a little man is praised at all or rarely, and with the precision of a Swiss watch, he is reminded of his mistakes and breaking the rules, he starts to think badly of himself. When to praise? Whenever a child does something right. Young children for appropriate behavior in a specific situation, for following rules, for new skills or attitudes towards others. Mature for specific activities, achievements, fulfilling household duties, supporting colleagues and friends or parents in everyday household chores. Praising is an important activity, so give it due attention. We are not praising, incidentally, in front of the TV – we should concentrate on it.

Immediately! Of course, it’s best to start from the beginning of your child’s life by setting boundaries and then formulating rules as best they can understand. However, if we have not done this, you can start at any time. It is important to implement the actions taken consistently. Every inconsistency weakens our position as a parent-educator. Every punishment – determined under the influence of emotions, disproportionate to the offense, incomprehensible and objectionable, weakens our educational position. So patiently, calmly, understanding the difficulties that the child has to overcome, we allow him to correct his behavior and repair the damage. We talk, explain and praise every good, responsible action. One of the wise moms once wrote to her teenage son: you know that in our home the place for improvement takes up the most space. There are no perfect parents, but there are and can be good and responsible parents who will allow a child to learn to be (or maybe better?) Like them. 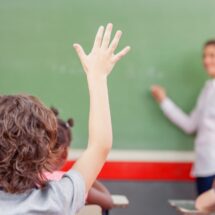