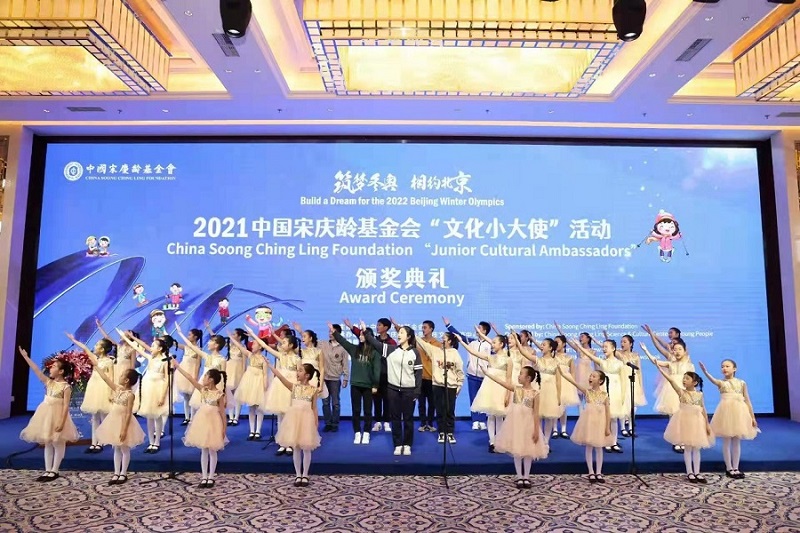 The “Junior Cultural Ambassadors” activity was officially launched in June 2021, with the theme of “Build a Dream for 2022 Beijing Winter Olympics”, inviting Chinese and foreign youth to carry out cultural exchanges online, which has attracted young people from all over the world to participate in the event. China Cultural Center in Pakistan, together with the Millennium Confucius Classroom and the Confucius Classroom at Cadet College Petaro, responded positively and enthusiastically participated in the event. Young people from 32 countries participated online and told their stories for Chinese historical civilization and Beijing 2022 through video sending best wishes for the 2022 Beijing Winter Olympics.

Among the 100 students selected for the primary selection, there are 6 students from Pakistan. After multiple rounds of selection by the event review committee and online voting, 30 winners of the global “Junior Cultural Ambassador” title, “Excellence Award” and 20 “Popularity Award” were selected. Among the 30 “Junior Cultural Ambassadors”, 10 are from China, and 20 are from 18 overseas countries. Hafna Khan, Amroz Ali, and Muhammad Hasnain Ali from the Millennium Confucius Classroom in Pakistan and the Confucius Classroom at Cadet College Petaro won the “Excellence Award”; Li Youyan and Han Mingsheng also won the “Popularity Award”.

At the award ceremony, Ali Shaheryar’s (Xie Rui) entry video was selected as an excellent work for the exhibition. In their acceptance speeches, Sukhen Fatima (Suha) and Ali Shaheryar expressed their ardent expectations for the Beijing Winter Olympics and their best wishes for the China-Pakistan friendship on behalf of Pakistani youth. China and Pakistan have made their own contributions to cultural exchanges and mutual learning and deepening China-Pakistan friendship. Ali Shaheryar (Xie Rui) said that “Junior Cultural Ambassador” is not only a title, but also an inspiration to him.

Click here to post a comment
China Cultural Center in Pakistan is celebrating the 2022 Happy Chinese New Year-“Year of the Tiger” through Online Activities
He wanted to punish the children. He turned off the Internet all over town
Comment