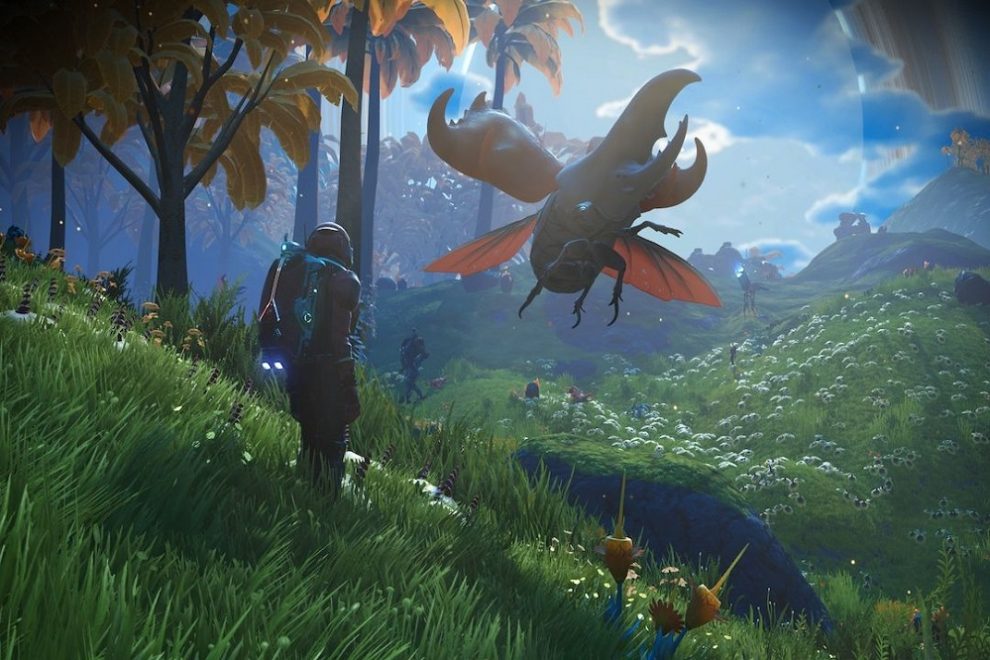 Hello Games has just released Update 3.12 for No Man’s Sky. The update mainly serves as a hotfix for some of the issues being encountered in the major Next Generation update released for the game a month ago. The public reception to the update was quite positive and except for a few bugs here and there, which are being ironed out with every consequent update. No Man’s Sky is a first-person space exploration game with infinite unique planets and worlds for you to explore. While the game promised a lot and could not deliver on them on release day; Hello Games have slowly upheld their reputation. They have a lot of the mechanics which were promised and generally polishing the game. No Man’s Sky Receives New Updates.

This patch has already been rolled out to the PS5, Xbox Series X / S, and the Xbox One as well. The PS5 has received updates the fixed the HDR issue that caused it to be overly bright. Moreover, the texture bug that caused artefacts in the terrain has also been fixed. Moreover, a large amount of other issues were also fixed that led to base screenshots being captured incorrectly on newer generation consoles. The Xbox also received a series of updates.

The first one was a bug that did not allow water droplets to be soon on the Xbox. Another update caused frame lag and hitching which was also fixed quite quickly. There were also some general fixes being implemented for the console. The first was that PSN friends were not being shown in games that were available to join. A memory related crash was also fixed on the Xbox One and another HDR related crash on the the PS5 was also fixed.

The No Man’s Sky Patch and New Updates have led to a large amount of players coming back into the game with zeal and vigor. You should tune into the game yourself and see the new features that have been added into the game including proper multiplayer support and new mobs that are being included in the new No Man’s Sky Update