Home » Technology » Microsoft is also putting this around its neck: this is what has happened in the Activision Blizzard scandal so far 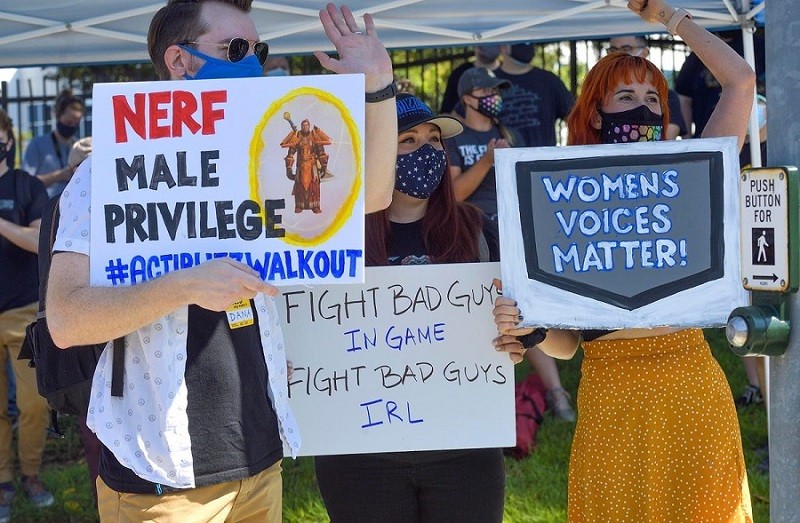 We’ll show you why you had to point out to Microsoft when you bought Activision Blizzard that they were building an inclusive culture in gaming.

While the impact is likely to be felt only later, the acquisition of Activision Blizzard could potentially make a big difference in the gaming market. With this, it can grow into the third largest company in the video game segment in terms of a serious business position, purely in terms of the value of the companies.

With the acquisition of the publishing giant, however, not only will Xbox staff get a plethora of talented developers and a favorite series of games, but they’ll also have to deal with one of the biggest scandals in recent years. We show you what developments Microsoft needs to recover from Activision Blizzard.

The wrath of the authorities

The series of scandals was triggered by a lawsuit by the California Department of Fair Employment and Housing in which the employment authority knocked Blizzard to the ground for making his workplace culture most similar to a university company where alcoholism, sexist remarks about women, or even unwanted sexual abuse offers were mundane.

In an extreme case described in the indictment, a female colleague who was sent a picture of her genitals around the company committed suicide. In comparison, forms of discrimination in the workplace in which women received less pay for the same work or were denied opportunities to advance were almost dwarfed – albeit equally illegal.

But DFEH is not the only authority with which Activision Blizzard is suing, a publisher who has also previously sued the publisher in another harassment case with another woman. In this case, it appeared that the parties could reach an agreement on damages, but DFEH, which brought the lawsuit in July, wanted to prevent this, arguing that the evidence in their case could be destroyed if an out-of-court settlement was reached.

Furthermore, the U.S. Stock Exchange has begun to sniff about whether Activision’s handling of the scandal and silence on such matters has caused harm to shareholders and the company’s management. Finally, due to various investments, treasurers of several US states have also expressed concern about the scandal.

After denial, sound promises – this is how the management reacted

The first reaction from senior executives at Activision Blizzard was downright hostile, with the charges, for example, being called unfounded and speaking out against a public hearing of the company’s internal affairs. Roughly a week after the scandal erupted, however, CEO Bobby Kotick acknowledged that they needed to change the corporate culture and listen respectfully to the victims ’stories.

The extremely well-paid CEO of the company also reveals himself in an November report that he was actively working to close the harassment cases at the publisher with as little prominence as possible. While it won’t have many consequences, the company’s former executives, Mike Morhaime and Chris Metzen, have also expressed regret that they haven’t acted against the toxic culture before.

Towards the end of the year, Activision Blizzard’s current management, with the release of statistics, signaled its intention to turn the publisher into an inclusive workplace, proving that everyone at the company has a chance to succeed. This new Blizzard, on the other hand, will be built without many previous employees, including key figures, the company’s HR manager had to go along with the former creative manager of WoW, the director of Diablo IV stepped down, and finally Blizzard president J. Allen Brack.

The latter was apparently progressively appointed by two co-chairs, a man and a woman, but Jen Oneal resigned after only three months because she had not been given real power, but was ironically pushed into the background also because of her femininity.

The cleanup also affected Activision Blizzard’s games, removing references to staff (specifically the name of one of the heroes) involved in the harassment scandal from Overwatch in addition to World of Warcraft.

The crisis has forged workers

As expected, Activision Blizzard employees were thoroughly worn out that the reputation of their workplace fell to the dust from the top of the gaming world in the blink of an eye, but of course there were / are much bigger problems with the company. From the very first moment, they were dissatisfied with the management’s response to the scandal, and since then they have held several demonstrations to squeeze out significant responses from their superiors.

The layoffs and other joint actions have united the company’s employees so much that they have formed an advocacy group called Better ABK, i.e. A Better Activision Blizzard King, which is not ruled out of becoming a union. In addition to changing the corporate culture, the employees jointly called on CEO Bobby Kotick to resign, but also strongly supported the improvement of the situation of testers and other quality assurance staff, who also work in poor conditions.

One ongoing thread in this case is that Raven did not renew the contracts of several outsourced testers after they were promised full-time employees, although that is why some of them moved to the city where the studio is headquartered.

The protest soon became a strike, joined by several other studios. And if, despite all the resistance, the publisher’s workers manage to unite, it is possible that we will see a similar exhibition even more often.

In addition to work ethic and Activision Blizzard’s reputation, the publisher’s professional activities have also plagued the scandal series and its handling. In addition to media outlets and content producers, professional organizations and sponsors have also severed ties with the company, as LEGO, for example, is dancing back from its partnership with the Overwatch franchise.

For many, of course, what matters is what happens to the games. The new content from Hearthstone and World of Warcraft: Shadowlands hasn’t been sold out yet, but we don’t know how future add-ons have been affected by disruptions and personnel changes. The release of Diablo Immortal is known to have been postponed, and Diablo IV and Overwatch 2 did not have release dates, so we can only assume that they were similar. But it’s not reassuring that this year’s Blizzcon was not only postponed, it was completely canceled.

So in addition to the person in charge of the company, the future of professional work is also somewhat questionable, but if Microsoft puts the ship in the right direction again, it is possible that more glorious days will await Activision Blizzard.