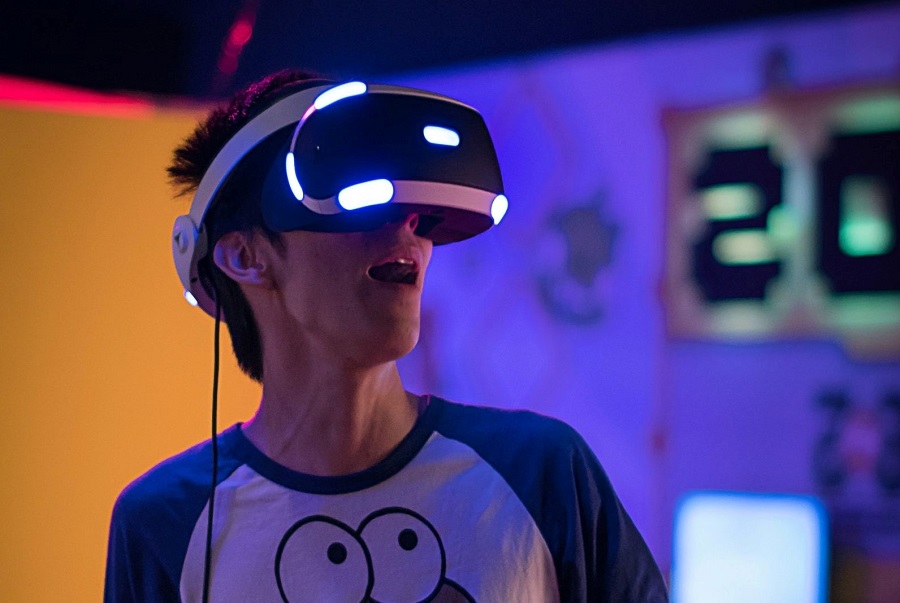 Children have always faced a technological exposure that consists of different risks when they surf the internet or use applications; they can access content that is not appropriate for their age, companies can steal their personal data to show them products or services based on their interests, or they can face harassment from other users – what we know as cyberbullying. And this, after all, can also be applied to the metaverse. Yes, that place where companies promise to be able to socialize with other users just as we would in real life.

In fact, the little ones, when entering the metaverse, face practically the same risks as when they surf the internet or use platforms, such as Instagram. To this, however, we must add the drawbacks of the devices and services that will be present in the metaverse. That is, virtual reality and augmented reality glasses or viewers or the functions that companies promise to include in their virtual world; such as the possibility of interacting with other users in a similar way to how we would in the real world.

A report has revealed some of the main drawbacks of the metaverse for little ones. They are, specifically, four points. Children are exposed to psychological problems due to the use of augmented reality devices, also to cyberbullying or sexual content, as well as security, privacy, and misinformation problems.

Psychological problems due to technological exposure, such as VR devices

Virtual reality glasses promise to be one of the main tools to access the metaverse. These types of devices can be very good allies for the virtual world, especially considering that the companies that are developing the metaverse want the experience to be as similar as possible to reality. These, in particular, offer a more immersive experience thanks to their design. They are, after all, screens that are placed very close to the eyes, through a kind of glasses or helmets that cover part of the face to avoid seeing what is happening around us.

The fact of being able to generate a more immersive experience, however, is a serious problem for the little ones. An excessive technological exposure when using these devices could bring with it an important psychological risk: cyber-sickness.

This consists of different disorders that can occur after a long exposure to the aforementioned virtual reality devices. Among them, dizziness, eye fatigue or even disorientation. We must not forget that they are devices that are very close to the eyes and that, in a certain way, we are isolating them from reality to enter the virtual world.

That the metaverse can be a place to socialize could also have problems for the little ones, as it can lead to other users forcing minors to engage in sexual interactions within the metaverse. In fact, it is something that already happens in the different social networks.

The little ones, in addition, could easily access sexual content. Especially considering that there are countless companies that are developing their own virtual world. Some of these could be aimed at an adult audience by including, for example, the possibility of having sexual encounters with other users of that metaverse.

Minors could easily bypass this limitation by entering a false age or even identifying themselves with adult data and therefore accessing this content. Again, identification through biometric systems or the algorithms used by companies to know the user’s age based on their interests or tastes, could help prevent these actions by the little ones.

Privacy is yet another drawback of technology exposure, and it also poses a risk to the little ones who access the metaverse. Above all, if we take into account that businesses and companies will also enter this virtual world. These could ask users, and therefore collect a large amount of data to, for example, show advertisements related to their interests. This, in fact, is something that Meta will do soon, who has assured that advertising will be an important pillar of his metaverse.

To this, we must add the risks of devices designed to interact with the metaverse. That is, virtual reality glasses. These often include cameras and sensors, and these could be used to collect user information much more accurately than, say, a smartphone’s camera or sensors would. A report further states that researchers have shown that data collection with the help of virtual reality devices creates “motion signatures” that can be useful in identifying people with greater than 95% accuracy. And this, later, can be used to follow his steps in the metaverse.

The metaverse can be a place where misinformation prevails

The little ones can also face the consumption of misinformation within the metaverse; another of the problems of the technological exhibition. Although, in this case, with some nuances. After all, virtual reality glasses limit the diffusion of content between users, since what is shown —for example, a false notification— is only seen by the user who has the viewer placed on his head; and sharing exactly that information can be a somewhat more complicated task. In other words, it cannot be retweeted or sent via direct message, as is the case with the social networks we use today.

Now, there are other ways to interact in the metaverse. Many companies hope that users can create avatars and navigate, for example, from their computer, through the different virtual worlds. And there is the possibility that users create anonymous profiles with the aim of spreading false information.

We must also add the possible generalization of bots within the metaverse itself, making it almost impossible to distinguish if it is a real user, or simply a modified avatar and intended to share false news or information that could harm the little ones.