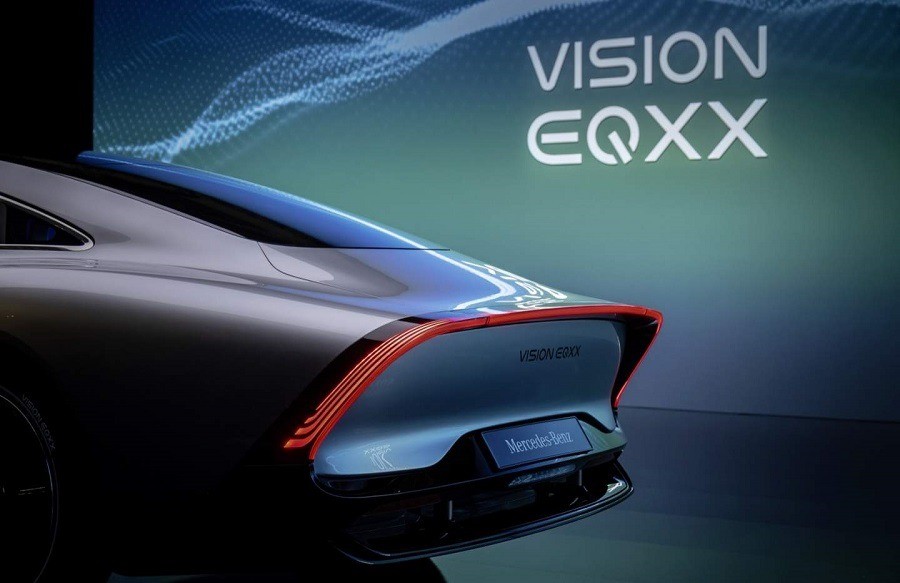 According to the German brand, the novelties of the prototype may soon appear in road models.

Mercedes last flashed big at the end of last year when they unveiled their first all-electric luxury sedan, the Mercedes EQS, but on January 3, the pulse of the brand’s fans could be revived after the unveiling of the Vision EQXX concept car, the classic GT vehicle-shaped vehicle. up. The car was unveiled at CES in Las Vegas, albeit virtually because of the coronary virus.

The Mercedes Vision EQXX features a range of new developments, the most notable of which is the range. The car is, of course, powered by an electric motor, and the company says it can cover more than 1,000 kilometers on a single charge. This easily puts the current range kings behind it, Lucid Air’s largest battery pack model and the Tesla Model 3 Long Range. True, the former will be commercially available cars, while the Vision EQXX will not be commercially available.

Nevertheless, it is worth paying attention to Mercedes’ future announcements, according to news , as the EQXX is much closer to reality than the previously introduced VISION AVTR concept car.

Going back to the special features of the Vision EQXX, the electric car can also be powered by solar energy and consumes just 10 kilowatts per 100 kilometers, which, when “converted” to petrol, means the vehicle could do 100 kilometers with a liter of fuel. According to Mercedes, this is roughly equivalent to operating an average air conditioner for three hours.

The Vision EQXX is built on Mercedes’ modular architecture in the same way as the EQS, allowing developments that debuted in the concept car to be easily integrated into future models later on.

Although the car weighs 1,750 kilograms, its battery pack has become smaller: it is only half the capacity and weighs only 30 percent of the EQS limousine. The company said the efficiency was not achieved by packing even more energy storage into the car, but by combining powertrain efficiency with an extremely streamlined body. With the car’s distinctive drop shape, Mercedes has reached another peak: while the EQS’s drag coefficient of 0.20, making it a world leader, has further improved the Vision EQXX’s 0.17.

117 solar cells have been built on top of the Vision EQXX, developed in collaboration with Europe’s largest solar research institute, the Fraunhofer Institute. According to Mercedes, the solar panels can extend the car’s range by up to 25 kilometers in clear, sunny weather.

As for the interior, the EQXX also features an enhanced version of the Hyperscreen introduced in the EQS. While the latter model consists of three separate screens, the 47.5-inch dashboard display system, the Vision EQXX’s dashboard consists of a cohesive 56-inch touchscreen that promises 8K resolution. The navigation was developed by NAVIS Automotive Systems, the world’s first real-time 3D navigation.

The German manufacturer, like several other companies, is investing huge sums to replace its model range with electricity: according to Mercedes, no less than € 40 billion will be spent for this purpose by 2030.