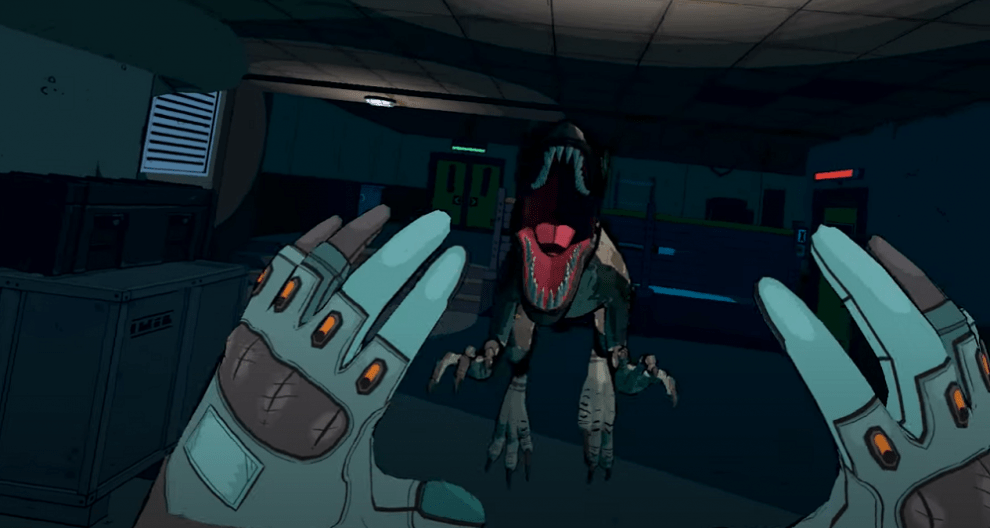 Facebook’s Oculus Quest has certainly been making the headlines in recent times since its release. The new stand alone VR head-set can be used with a PC and without it at the same time. At the loss of visual fidelity, resolution and frame-rate; you can enjoy the Quest’s built in Snapdragon to play games at a reasonable frame rate with decent graphical settings. Jurassic World is one such game you can now play on the quest in both the versions. The game has a cell shaded art style with a music track composed by Vince Webb. Jurassic World Aftermath – A New VR Game Available on the Oculus Quest.

The game is supposed to have a lore of its own and enters anew into the Jurassic World franchise which is set between the events of Jurassic World and Jurassic World: Fallen Kingdom. The game has you play as Sam who is an expert in security and a smuggler who lands on Isla Nublar. He had a mission to recover information which goes wrong when is trapped in a research facility.

Must Read: Facebook Takes on TikTok With New ‘Collab’ App

His aim is to find confidential research for his employers on the mainland and return as soon as possible. He is hunted by various dinosaurs throughout his quest which has him solve puzzles and distract and hide dangerous monsters that follow and track him wherever he wishes to go. Dr Mia Everett is a nearby tower ranger whose past is revealed by environmental clues, audio logs and her own admissions. You will also hear conversations from different agents throughout the game. The game is available on virtual reality and Jurrasic World Aftermath promises to be a stunning VR experience as it involves high visual fidelity and a unique artstyle that has not been experienced by anyone before.

The Oculus Quest is increasing its popularity day by day and with the increase of known titles being added to the game, there is a certain chance of the franchise reaching critical mass and becoming one of the best game device out there so far.