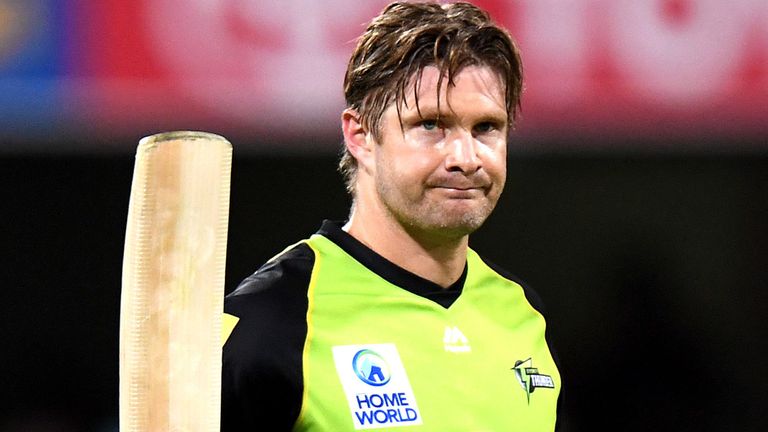 It is another painful goodbye, and for the hardcore, cricket fans almost unbelievable to have seen Shane Watson walk into the pavilion for the final time. Shane Watson has announced his retirement from all forms of cricket at the age of 39. He made this announcement after Chennai super kings failed to close out their excellent run in the Indian Premier League IPL. Shane Watson stepping down.

Shane Watson posted on Twitter about his retirement with “This closing chapter is going to be so hard to top, but I am going to try. I truly am forever grateful to have lived this amazing dream. Now onto the next exciting one…”. His words of positivity and hope may help fans cope. Still, nothing could dampen the loss of a legend after his illustrious career of 750 matches at all levels and specifically 59 tests 190 ODIs and 58 T20s and 10,950 runs.

He was the player of the tournament at the 2012 T20wc and 2007 and 2015 ICC Men’s CWC champion. He captained the Australian side in all formats as well. He was the last player left in the game from the infamous and dominant 2000s Australians squad. Shane Watson retired from international cricket much earlier however which was in 2016.

Must Read: How a lack of education effects elections

Before Shane Watson’s retirement, he continued to play seasonal leagues. He has a stellar record in IPL of 3874 runs,92 wickets and 40 catches in his time with the IPL since 2008. Furthermore, he has been a regular pick for the Pakistan Super League (PSL), Bangladesh Premier League (BPL) and Caribbean Premier League (CPL) as well. He is endearingly called “Watto” by his subcontinent fans. Shahid Afridi a Pakistani cricket Celebrity shared his sentiments on Shane Watson’s retirement on Twitter where he posted “Congratulations on a wonderful career @ShaneRWatson33 you were one of the greatest all-rounders of modern-day cricket, really enjoyed playing against you. Hope you have a great time and life post-retirement.” Other cricket greats such as sir Vivian Richards the west Indian legend also commented on his spectacular career and wished him best for the future.