Home » Technology » Induction powerbank what is it? Recommended wireless powerbanks 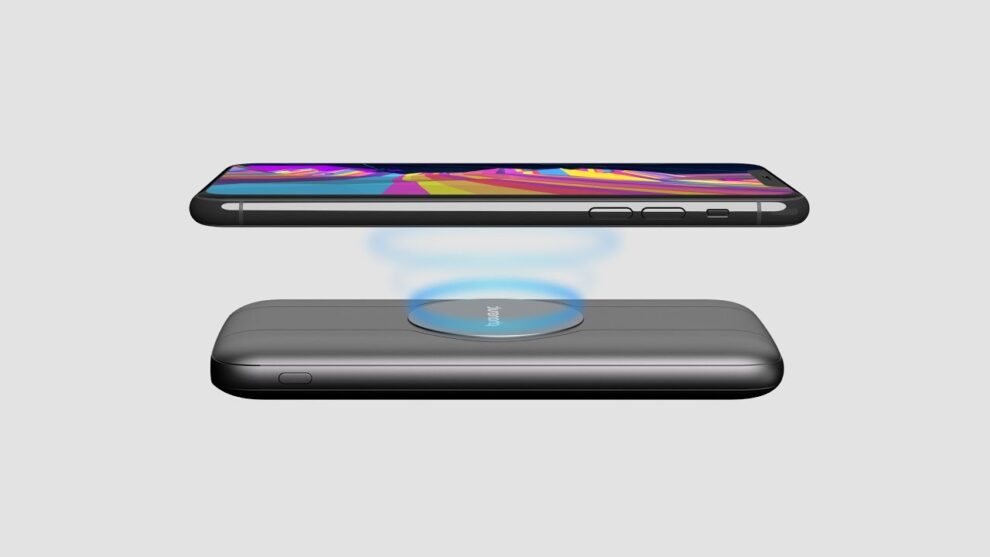 The induction power bank is a very useful accessory for your phone. It can prove invaluable on vacation, or in general, when we have to stay away from home all day. This article answers the question of what is a powerbank with inductive charging and what to consider when buying it.

What is an induction powerbank?

A power bank with an induction charger is, in other words, a wireless power bank. You do not need to connect any cable to the phone being charged, although it is possible – that is why such an accessory is more versatile than its standard counterpart.

Powerbank with induction uses the QI standard, which ensures charging of an object up to 4 cm away through the so-called resonant inductive coupling. To charge your phone with such a device, place it on the charging mat (surface).

The advantage of an induction powerbank is undoubtedly its convenience – we do not have to worry if the length of the cable from the phone to the charger will be sufficient. In addition, some wireless power banks have a vertical support, thanks to which we can still operate the phone comfortably while it is charging. It should be noted that such a powerbank is slightly slower to charge than its wired counterpart.

What to pay attention to when choosing an induction power bank?

QI inductive charging is not as fast as cable charging. A minimum of 10 W is considered “fast” (so-called Quick Charge). However, if we choose a charger that has a power of 15 W, preferably 18/20 W or higher – the difference will not be that big. So it is worth paying attention to this parameter.

The bigger the better, although in most cases the capacity of 10,000 mAh will be sufficient (a typical smartphone battery is around 4000-4500 mAh).

Inductive charging of several devices at the same time can be invaluable on trips with friends and family – one device is charged inductively, and the rest by cable.

Portability is extremely important for an induction power bank. There are models on the market that you can successfully put in your pocket with the phone on the charging mat. Therefore, it is worth paying attention to whether the powerbank will fit there.

Compatible with your phone

High charging power does not always mean that our smartphone will fully use it. Some brands, such as Samsung, will need a proprietary charger to charge the phone at maximum speed.

Do you want to choose a decent induction powerbank for yourself? The ranking below will help you make the right choice.

Something for Apple fans. This powerbank has a small size and attaches to the phone. So it can be easily carried anywhere and fits in your pocket. It not only allows you to recharge your iPhone or iPad, but also, for example, AirPods. In addition, the equipment has USB-C and Lightning connectors for wired charging.

This induction powerbank has a large capacity – 10,000 mAh, which will allow you to charge the phone at least twice in one day. In addition, it complies with the QI standard and provides fast charging of 10 W. In addition, we can charge two devices at the same time, because the Xiaomi equipment also has USB-A and USB-C ports.

A distinguishing feature of the Belkin wireless powerbank, designed exclusively for Apple devices, is its small size, which makes it ideal for travel. The second important feature is its large capacity of 10,000 mAh. This is enough to keep the iPhone working for 70 hours and the iPad for 19 hours. In addition to wireless charging, the accessory provides wired charging using the Lightning connector, with the Power Delivery fast charging technology.

The Savio BA-06 is an inexpensive wireless power bank with a 10,000 mAh battery and Quick Charge compatible. It is equipped with an LED display showing the state of charge of the device placed on the induction mat. The BA-06 model also has a non-slip surface, 3 additional ports (one USB-C and 2x USB-A) and allows you to charge three devices at the same time.

Universal powerbank with a capacity of 10,000 mAh with 25 W fast charging, which allows you to charge up to three devices at the same time. For this purpose, it is enough to use two USB-C connectors and an inductive charger. Wireless charging takes place with a power of 7.5W. This induction power bank is solidly constructed, light and handy at the same time, so you can always take it with you.