Home » Education » How to write an interpretation of a poem? 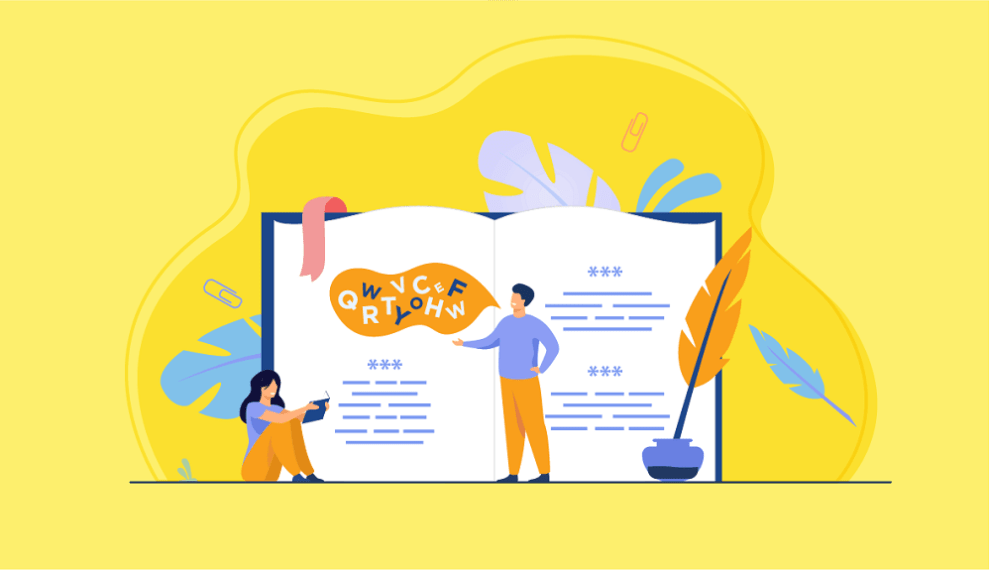 Interpretation of a literary text (in this case a poem) is one of the topics to choose from when writing the Matura exam at the basic and extended level. It is difficult to assess by reviewers due to the variety of views and possible interpretative variants. A lot depends on the writer and his experience, both in the interpretation of poems and in life. How to write a poem.

What is the interpretation of the poem?

The term “interpretation” comes from the Latin word “interpretation” meaning “explanation”, therefore the person who interprets the poem explains the text and tries to make it clear to his audience, showing its true meaning. Interpretation of a literary work is to show its true message through careful analysis. The considered contexts should select. There is not only one correct interpretation or pattern. The necessity to interpret is due to the presence of hidden meanings that are not as obvious as those visible at first glance, therefore a “guide” is necessary, which has the ability to reach the hidden meaning of a literary work.

Two general types of contexts in which interpretations can be considered can be distinguished:

The context that results directly from the text:

The analyzed text that belongs to him and should be considered first on such a plane. The set of elements recognized during the analysis decides about belonging to a given context. They should quite clearly guide the person analyzing the text to the context.

The context that the researcher of the text invokes:

This context results mainly from the analysis of the text. It is a suggested context, a lot depends on the interpreter. This type of context can be divided into, for example, philosophical, social, political, religious, or aesthetic contexts.

When interpreting a text, it is necessary to recall a given context and define its relationship with the analyzed text. Context helps in the proper understanding of the text and thanks to it. The second part of the interpretation is possible – reaching the unique and unique meaning of the work. Considering a text through the prism of context makes it possible to recognize what is typical and what connects it with other texts having the same context. The interpretation of the poem, however, is not about finding what is typical, but about the characteristics of a given work that give it a unique meaning.

Literary works interpret the functionality of the issue;

A reference to the cultural tradition associated with the poem in question and reference to non-literary texts of culture (e.g. paintings, theater performances, posters, sculptures, comics);

Referring to the author’s bibliography and his experiences (if related to the text);

Taking into account historical events that take place in the year of writing a given poem and which relate to the work;

Reference to the work of the author and other authors in the period in which the text was created. It also refers to the philosophical and artistic currents that are related to the text;

Using the recipient’s interpretive and life experience, as well as his worldview, likes, preferences, choices, and tastes.

Determinants of the correctness of the interpretation

The first step is to recognize the existence of the text that has appeared at the will of the author for the intended purpose. Sometimes it helps in the interpretation to know the author’s intentions.

Must Read: What is a financial audit?

The first determinant is the author’s intention. It is the knowledge that the author has included specific contexts in the text that must be found and interpreted. However, sometimes it is a dire journey. Sometimes the interpretative tradition is contrary to the author’s intentions, which should be taken into account when interpreting the text.

The second determinant is the reader’s intention. Each work exists in a way that is appropriate for the recipient, and it varies from person to person. Everyone has the right to express their opinion on a given text. But often you cannot interpret a work in your own way and you should be guided by certain determinants. First of all, this prevents the phenomenon of overinterpretation. Which does not follow the author’s intention and distances itself from the meaning given to the text.

Where to start interpreting the poem?

There is no single correct method of interpreting literary texts. And it is difficult to pinpoint one way that is right when starting to discuss work. Sometimes it starts with the title of the song. Sometimes from the starting point or an insight into the composition of the song.

Much depends on the person interpreting the text. But the most important thing is to read the work several times – sometimes some characteristics escape the interpreter’s eye during the first reading. But they are visible the next time you carefully follow the text.

The interpreter’s advantage is his intuition, which is supported by knowledge and experience in interpreting other texts. It is especially useful to trace many poems from a given era in order to be able to compare their hidden meanings and compositions with each other. They are reference points for the interpreted text. There is a theory that no text exists in isolation and that each work is linked together, making it an interpretive context. A lot depends on the work that is interpreted. And on the competence and experience of the person who interprets the text.

An interpretative thesis should also be put forward. One should present convincingly one’s reading of the meaning of the work with the use of properly selected interpretative contexts. And justify it with appropriate arguments coming from the text and the way in which it is interpreted. One must remember to analyze and interpret the poem to the extent that is important for considering the problem raised in the work. And to justify the adopted interpretative thesis. It is possible to adopt various strategies for working with the text (e.g. looking for keywords that are important for reading the meaning of the text or starting from the analysis of the communication situation).

How to write a step-by-step interpretation of a poem?

Interpreting a poem is often difficult for many students who do not know how to start writing or analyzing a given text. In addition to your own intuition, which should be followed during interpretation. It is worth using tips that will help in writing a given analysis.

The way of a spoken subject of the song determined:

The author of the text is not the lyrical subject of the poem. The creator should always distinguish the lyrical subject. In the beginning, it is necessary to determine who the lyrical subject is.  The text clearly represents. Whether he speaks on his own behalf (or perhaps a group of people) or speaks to someone (or to himself) and in what situation he is.

Specifying the Subject of the Poem:

The exact subject of the poem is essential when writing an interpretation. You should answer the questions about what the poem is about and where it is. Is the location of the lyrical work more important, is the time (epoch, age) in which the poem happens. What is the title of the poem?. And why it did create ( what is its role – throwing away grief, showing joy, returning to a loved one or the crowd, etc.)

Whether the poem is syllabic or has an intermediate note), determining the mood of the poem and the stylistic means used (extract and provide examples from the text – the part requiring knowledge of stylistic means and their purpose), is the imagery present in the poem realistic and whether it is a type of direct or indirect lyric.