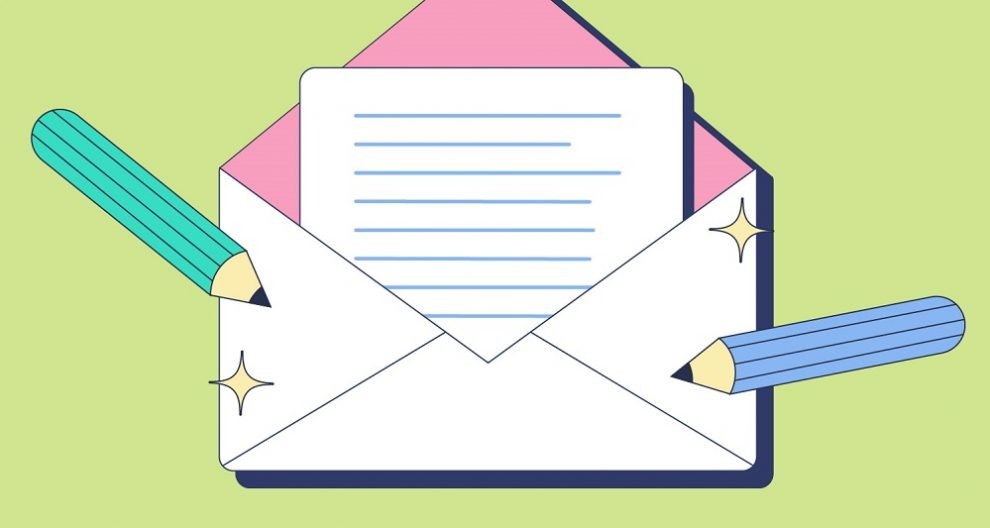 In the era of smartphones, paper letters lost their popularity and were replaced by messenger and electronic messages. However, everyone should have the ability to write a correct letter, because in some cases it is still the only form of contact. How to write a letter?

How to write a letter? It is a less and less useful activity, but also an important task for an elementary school student. A letter is a written message that is traditionally handwritten on a piece of paper, then wrapped in a self-addressed envelope and sent to the recipient. Nowadays, computer-written and printed letters are also acceptable.

What is a letter and what are the types of letters?

There are two types of letters:

Private letters – such messages are addressed to close friends or family;

Official letters – the recipient of such a letter may be an institution, a person we do not know well or with whom we have official contacts. When writing such a letter, we must follow certain rules.

Do we write letters these days?

We send Christmas or birthday cards more often … To some extent, written e-mail has replaced traditional mail and handwritten letters. However, it is still good to know the rules for writing a letter. Perhaps this practice will return, after all, writing a letter and sending it requires much more time than e-mail, which can be considered a unique show of respect and memory. Especially in today’s era of digitization and the pursuit of time.

Rules to keep in mind when writing a letter

Date and place of writing the letter

The place and date of writing the letter should be placed in the upper right corner of the letter. For example: Bydgoszcz, January 3, 2021.

Headline, i.e. return to the addressee

When sending a letter to people close to us, in the header, we can allow ourselves more freedom by writing “Dear Mummy” or “Dear Grandma”. However, an official letter requires stricter rules. In such a situation, the formulas “Dear Madam / Sir” may prove correct. In some cases, it is also worth ensuring that the addressee is properly named.

An example would be the phrase “Dear Director”. For specific academic titles, these should also be taken into account. It is appropriate to write to the master’s degree “Dear Mr. Master”, to the doctor “Dear Doctor”. When we address a letter to academic authorities, the university hierarchy is extremely important.

Must Read: Alternative education – do you know what it is and is it worth using?

The phrase to the Rector should be: “Dear Mr. Rector” or “Magnificence”, and to the Dean: “Dear Dean”.

The beginning of the content contained in the letter should be matched with the used ending of the return to the addressee.

The letter should be written carefully. If we use a computer for this purpose, it is worth adjusting a large enough font so that there is no problem with reading it, and we must not forget about the use of selection pf the language characters.

In the case of a handwritten letter, the handwriting must be clear and aesthetic, deletions and spelling errors should be avoided. It is good to divide the content of the letter into paragraphs. This form is more transparent, but it will not work for very short messages.

Completion of the letter

At the end of our written statement, we say goodbye to the addressee. For this purpose, the phrase “Best regards” or, more formally, “Yours sincerely” may be used. This formula should be on the right.

The sender’s handwritten signature should be placed under the farewell, also on the right side of the letter.

In unofficial lists it is possible to add an additional short message under the signature. The notation “PS” is used for this purpose. After which information that has not been taken into account is added. “PS.” you can write several times, which is reserved for a more intimate and friendly relationship.