Home » Article » How to control a child: tips for parents 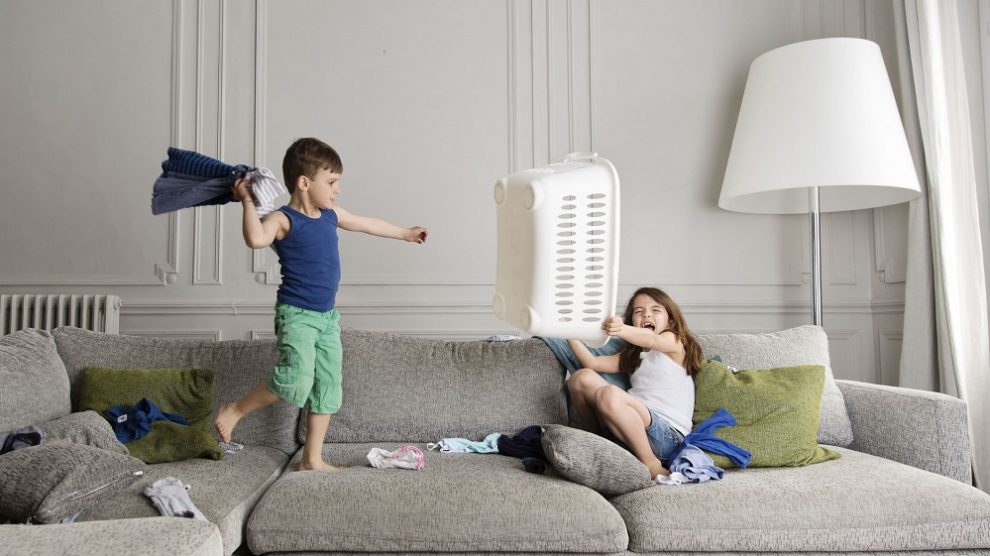 Imagine that you are driving with the whole family. Your favorite music is played on the radio, and with each kilometer all the problems become more and more distant from you. This idyll is broken by the cries of your children: “He hit me!”, “She is teased again!”. You think, “If this car had a child control button instead of a cruise control, you could pay good money for it. How to control a child.

In fact, if you could control your children completely, any family trip would be without excesses, and you would be able to talk on the phone and avoid many domestic quarrels. If control is such an important part of parenting, how can we effectively control our children?

Consider the main problems that parents have in controlling their children’s behavior, as well as ways to establish that control.

First, you need to understand that both parents can control the child equally. Many of us have a feeling that a child who is overly controlled becomes irritable, intolerant of himself and others.

Imagine that in the first class in a drawing lesson, when it is necessary to draw a landscape, the teacher gives the children only blue, green and brown pencils, because he believes that nature has only these colors. In this sense, control means strict restriction. On the other hand, it is self-control that makes society civilized, and, since the child is not yet in complete control of himself, the parents must explain to him that every action has real consequences that need to be anticipated. Both views on parental control are not absolute.

Many studies in the field of psychology are devoted to the problem of parental control. Well-known American psychologist considers this problem in the framework of his theory of parenting styles. It distinguishes three main styles:

Must Read: How to help a child overcome fears and phobias

It may seem that authoritarian parents tend to control their children the most. In such families, children do not show audacity in conversations with adults, listen to them and behave well. However, authoritarian parents often confuse control over the child and control over the situation. The problem with this type of control is that over time it does not lead to development in the child Self-control, and to her fear of authority. In addition, the control of authoritarian parents is based more on punishment than on encouragement. The child learns to avoid punishment, not to feel positive emotions from encouragement.

On the other hand, liberal parents, who allow everything to the child, often do not have the skills to control the situation: a command voice, the ability to control the child through praise or anticipation of problematic situations. In the end, liberal parents admit their defeat because they believe that when they take control of the situation, it means that their method of upbringing has not worked. When the situation gets out of hand, both liberal and authoritarian parents can shout at the child, impose excessive punishment on him or threaten him (“Wait, here we go home and you will see me”).

Democratic parents are in control of situations better than others. They find effective ways to influence the child and know how to use the positive and negative consequences to achieve the desired. Here’s how democratic parents differ from other parents:

They understand that a child cannot change his behavior in an instant. Therefore, such parents always try to influence the situation, and as a result, the child gradually changes for the better;

They know that a positive relationship with the child (attention to him, praise, encouraging phrases, corrective behavior, establishing consequences for bad deeds, etc.) is more effective than a system of incentives and punishments. Democratic parents understand that children’s respect can be gained through trial and error; when a child misbehaves, parents honestly and clearly explain to them what they are doing wrong.

Central to democratic upbringing is the understanding that control over a child’s behavior is established step by step as parents follow a clear plan and choose the most effective parenting strategies.

How to properly control children

As we can see, parental control can not only limit the child, as we used to think, but also benefit him. Consider specific control-related situations that parents often face: