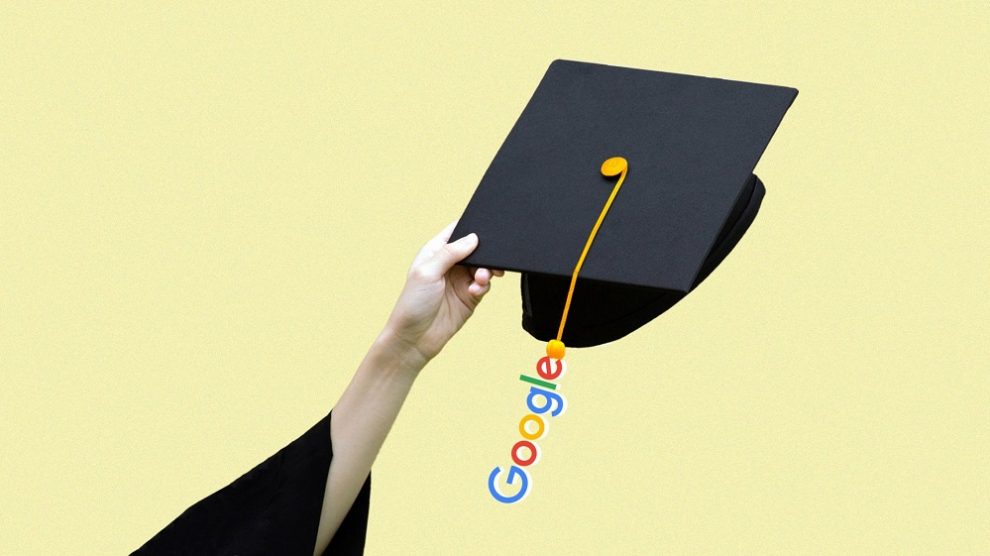 Google, the tech giant has recently announced that they have now started accepting Google certificate instead of having normal certificates. This is due to the fact that the world is now moving towards degrees which require less theoretical experience and more practical experience. This is further indication that in the modern day and age of IT long gone are the days when people from only certain universities doing certain courses would eb hired according to their CGPGA. Google certificates instead of College Degrees.

Now, Google and other tech giants only look for the unique skills present in someone. Google accepts certificates that they have authorized alongside many others ass they are indicative of the fact that this person who has achieved the certificate has a certain amount of skill which is more attractive to these companies than a CGPA.

Google is not the first company that has taken the step of accepting certificates instead of College degrees. Companies like Amazon and Apple have already started hiring individuals who have not even gone to college. This is due to the fact that larger companies realize that technology or education in itself are things that are not coherently related to each other.

Must Read: Will there be enough sponsors for sports due to the Pandemic?

The education sector is now marketed as a business where a top degree from a university is advertised a s a must have if you wish to purse a career in someplace meaningful. Tech companies like Google are breaking this norm with the introduction of accepting Google certificates instead of College Degrees. College degrees are still valuable however, and they are a positive on your CV, but long gone is the notion that only a college degree will help you secure certain job. Now, it is the skill that matters the most.

This is a welcome change done by tech companies such as Google. Students suffer from extreme anxiety if they do not get in their top university of their choice and thus feel like their careers in good companies are now over which is simply not the case. Now they can complete certificates with their skill and avail the same benefits.