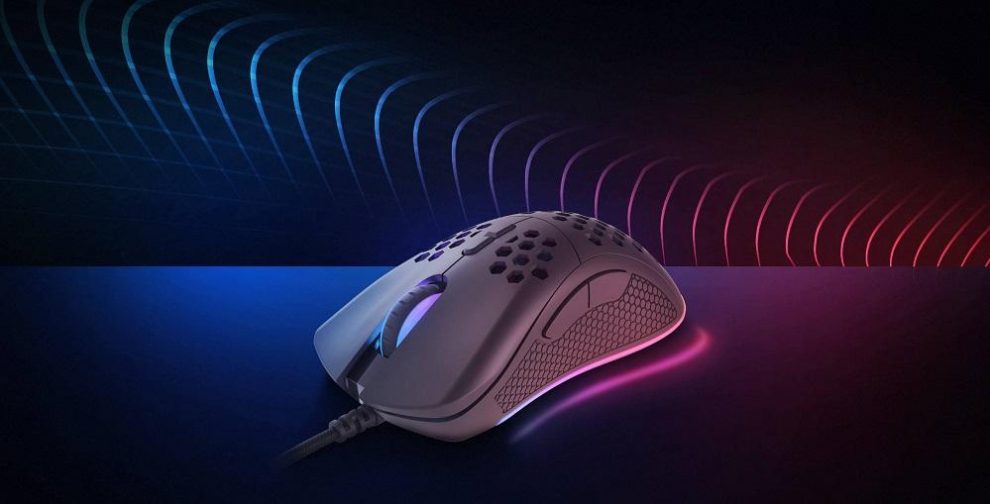 Do not be fooled by the “leaky” design – Genesis Zircon 550 is a bit lacking in ultralight wireless gaming mice. However, this does not prevent it from being quite an interesting and universal proposition for players. Here is our Genesis Zircon 550 review.

Ah, those openwork gaming mice – there are plenty of them everywhere. Producers of equipment for players are constantly competing who will show a lighter, more holey rodent, which will be better, more agile and more practical than the competition. Some time ago, Genesis also joined this race, first showing the world its vision of a truly ultralight mouse with weight adjustment and interchangeable panels, i.e. the Genesis Xenon 800, and later added to the Genesis Krypton 550 budget model that puts more emphasis on convenience.

Why are we mentioning this? Because it was the last mouse that turned out to be the perfect equipment to free it from the cord. So if you liked Genesis Krypton 550, but would prefer the wireless edition – Genesis Zircon 550 is just for you. However, no worries, despite the similarities, there are also some differences.

Do you still remember what Genesis Krypton 550 looked like? Its quite classic profiling, uniform sides with a honeycomb texture, aggressive roll cut between the main keys, and even a characteristically embedded, subtly illuminated logo visible from under the openwork structure and the bottom strip around almost the entire circumference of the mouse – all this can also be found in Genesis Zircon 550. Well, there are even exactly the same buttons on the back of the mouse – one to change the resolution, the other – by default, to switch between the pre-designed illumination effects of the above-mentioned bottom bar.

Of course, the layout of “holes” is correct, although in this case the already known openwork housing is more of a fashion following than a really strong slimmer mouse. Especially, and here the first difference appears, that the bottom of the mouse is only partially covered by the famous honeycomb. Why? Well, you had to hide the nano receiver somewhere, right?

Of course, it cannot be denied that the 90 grams of Genesis Zircon 550 is much less than what the previous wireless Zircon 330 model offered in this regard, but on the market we can easily find wireless gaming mice, even those without honeycomb design which can boast a weight not exceeding 80 grams. Hence the conclusion – when something is fashionable, producers are eager to follow it, and we are just as eager to buy it.

Interesting fact – in Genesis Zircon 550, just like in Genesis Krypton 550, there is also a small switch that controls the lighting of the mouse, although this time its first setting not so much turns off the backlight, but deactivates the entire mouse. Well, since it is a wireless model, there must be such a mechanism. The other two settings of the switch activate respectively – the illumination of the roller and the rear logo and, as a third, the colored edge strip.

It is worth emphasizing here that in wireless mode, the manufacturer recommends lowering the refresh rate to 500 Hz for better smoothness of cursor movements. To be sure, we also checked the 1000 Hz option and you can actually see that the sensor sometimes has slight difficulties with maintaining it in wireless mode.

Must Read: Back 4 Blood is a joyful slaughterhouse

The tested rodent performs slightly worse during longer, several-hour sessions. I will not say a bad word about the precision of the sensor, because it worked very well for the model used here. I played Genesis Zircon 550 with the latest titles made available as part of the Xbox Game Pass Ultimate service, such as Into the Pit, The Riftbreaker or Back 4 Blood, and the sensor worked everywhere there, offering the right speed, smoothness and precision. However, to appreciate it, I had to change the grip to the Fingertip again. However, one goes to get used to it.

The new, modified Genesis Zircon 550 dedicated software deserves a separate praise. The previous applications used by this manufacturer were readable and intuitive. However, the current version, thanks to the addition of colored icons, immediately seems much more accessible to the user. And it’s not about the biggest game sweepers – they will probably turn their noses for such additions. Genesis Zircon 550, however, is targeted at a different group of users.

Genesis Zircon 550 – is it worth buying?

The current owners of the Genesis Krypton 550 will certainly be satisfied with the new wireless mouse. After all, it is exactly the same, but with greater freedom of movement (but the lack of a cable makes a difference) and the resulting comfort. Others, however, should ask themselves what they expect from this type of equipment – if the parameters are high, a fancy housing, a top sensor or a super low weight, you will not find it here.

Genesis Zircon 550 is a handy and not too heavy wireless mouse, with a fashionable, openwork casing and a pretty good sensor, which will be perfect for both gaming novices and those who are looking for something for a reasonable price. After all, it is a compromise solution for almost every occasion.

The ability to work in both wired and wireless mode,

Up to 6 levels of mouse sensitivity with the possibility of changing them,

Up to 80 hours of wireless work on a single charge,