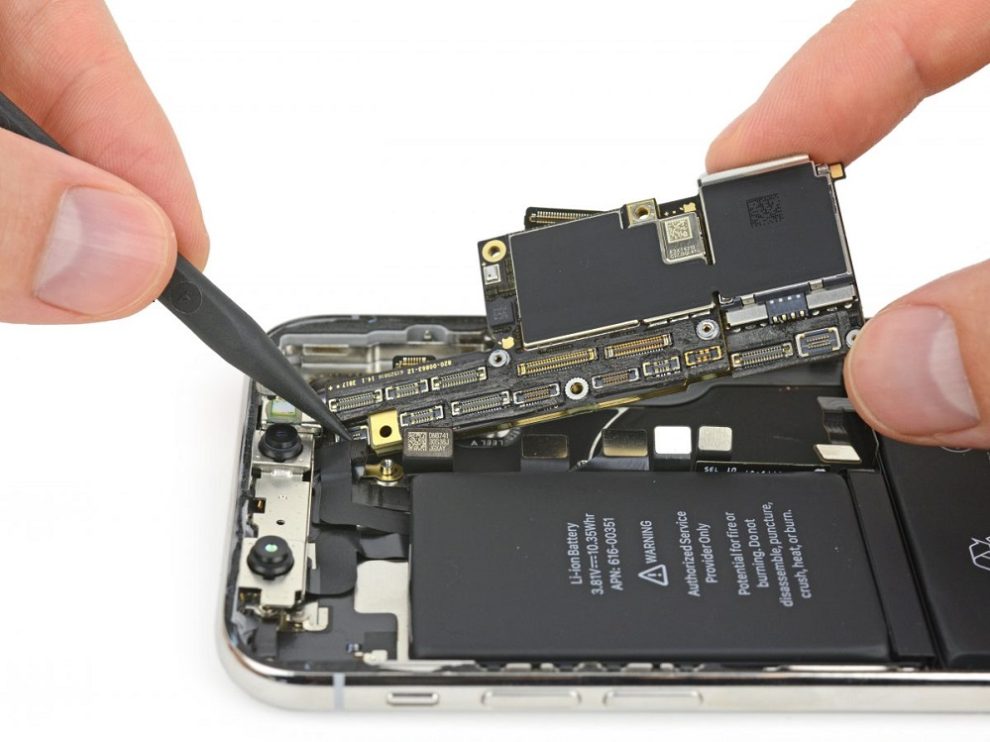 The slogan “no more repairs” is probably best known to new car owners. Over the past two decades, their ability to repair and replace relatively easy, for example, light bulbs in traffic lights, has been successively and inexorably reduced. The possibilities of repairs by any, apart from authorized workshops, are also more and more limited.

Fixing equipment such as computers, and more recently smartphones and tablets, has always been fun for the advanced. In recent years, however, even relatively simple actions, such as replacing the battery in the camera, a decade ago, quite a routine and obvious thing, was prevented by manufacturers. Many new devices cannot be opened easily and risk-free, and the batteries are permanently attached to the device.

The producers cannot be denied that the equipment inside is complicated and delicate, and the fact that the owner is convinced that he can handle it and will not cause additional, more serious damage is not enough. Apart from the issues related to the warranty and the lack of liability of the manufacturer for repairs undertaken by users on their own, modern electronics today sometimes use such cosmic technologies as, for example, in flat-screen TV screens, that it is difficult to imagine that a master-stave with a screwdriver and pliers he had done anything but accidental damage.

Once upon a time stores, where TV sets and radios were sold, were also repair points for this equipment (1). The ability to identify a broken vacuum tube or resistor and efficiently replace those components was valued and offered the opportunity to earn some money at times.

The right to repair an inalienable human right!

With all the reservations about the complications of modern equipment, there are many people who, contrary to manufacturers, believe that its repair (or rather – trying to repair it) is an inalienable human right. In the US, for example in California, there has been a campaign to introduce legislation under the slogan “Right to Repair” for several years, the most important part of which would be to require smartphone manufacturers to provide customers with information about repair options and spare parts. The state of California is not alone in these initiatives. Other US states also want or have adopted such a law.

“The Right to Repair Act will give consumers the freedom to have their electronic equipment and appliances repaired by a repair shop or other service provider at the owner’s choice and discretion. A practice that was obvious a generation ago, but is now becoming rarer in the world.” planned obsolescence, “Susan Talamantes Eggman, a member of the California State Legislature, said in March 2018 at the first presentation of the bill. Mark Murray of Californians Against Waste echoed her, adding that smartphone makers and home appliances makers are profiting “at the expense of our environment and our wallets.”

Some US states began introducing repair rights as early as 2017. There was even a social movement called “The Right to Repair” (2), the strength of which grew in direct proportion to the intensity of the fight against this law on the part of technology companies, primarily Apple.

The right to repair is strongly supported by large repair networks such as iFixit, a host of independent repairers and consumer advocacy groups, including the renowned Electronic Frontier Foundation.

The first argument against repair used by Apple’s lobbyists was the appeal to user safety. According to the company, the introduction of “Right to Repair” creates a haven for hackers, cybercriminals and all those with bad intentions on the web and in information systems.

In the spring of 2019, Apple used another batch of arguments against Californian lawmakers against the “right to repair”. Namely, consumers can hurt themselves trying to repair their own devices. California is a populous, large, and prosperous state with a huge sales volume of apple hardware. No wonder Apple has been lobbying and lobbying so fiercely there.

It seems that companies fighting the right to repair have already given up the argument that repair tools and basic information about equipment are the intellectual property of the company in favor of expressing concerns about the safety of products repaired by independent workshops or untrained people.

Admittedly, these fears are not unfounded. Some devices can be dangerous if we try to repair them inexpertly, do not have the appropriate preparation and knowledge. From auto companies to electronics manufacturers to agricultural equipment manufacturers (John Deere is one of the most active anti-repair lobbyists), companies worry about potential future lawsuits in the event that someone unauthorized by the manufacturer fumbled with equipment that could, for example, explode and injure someone.

Another thing is that in the case of the most advanced electronics, such as Apple devices, repairs are extremely difficult. They contain a multitude of miniature elements, components that cannot be found in other equipment, a tangle of extremely thin wires and a large amount of glue (3). The aforementioned iFixit repair service has awarded Apple products with one of the lowest rates of “repairability” for years. However, this doesn’t stop thousands of small, independent, and of course not authorized by Apple, repair shops. It is a lucrative business because the equipment is expensive, so it is usually profitable to repair it.

The fight is still pending

The story of the fight for the “right to repair” in the United States has yet to end. In May this year, Bloomberg published an extensive material reporting the lobbying efforts of not only Apple, but also Microsoft, Amazon and Google, to stop “Right to Repair” in such a version that would require technology companies to provide original spare parts and make device schematics available to independent workshops.

The battle for legislation that allows repair is now fought in more than half of the US states. The fate of statutory proposals can be different. In one place laws are enacted, in another they are not. Everywhere, initiatives of this kind are met with protests from Big Tech and sometimes very brutal lobbying.

The most active company is Apple, which sometimes even has constructive proposals when it comes to the right to repair. For example, it has launched a global independent repair program designed to provide non-Apple Authorized Service Providers with genuine parts, tools, repair and diagnostic manuals for out-of-warranty repairs on Apple devices. The program is free, but there is a catch – repairs must be done by Apple-certified technicians, which is an insurmountable barrier for many repair shops.

Of course, tech moguls are all about money. Much more than repairing old equipment, they are interested in replacing it with a new one as often as possible. Independent workshops alone would have too little potential in this war, but for some time they have had a powerful ally – people and organizations seeking to reduce waste and thus increase the level of environmental protection.

The producers’ front struggles above all not to be responsible for the consequences of home-grown “repairs”. But it’s not all about that. For companies with a powerful brand and a stable high level of image, it is important that the “repaired” in a failed manner does not represent and do not spoil the brand image developed at a great cost over many years of work. Hence, such a fierce fight, especially Apple, mentioned many times here.