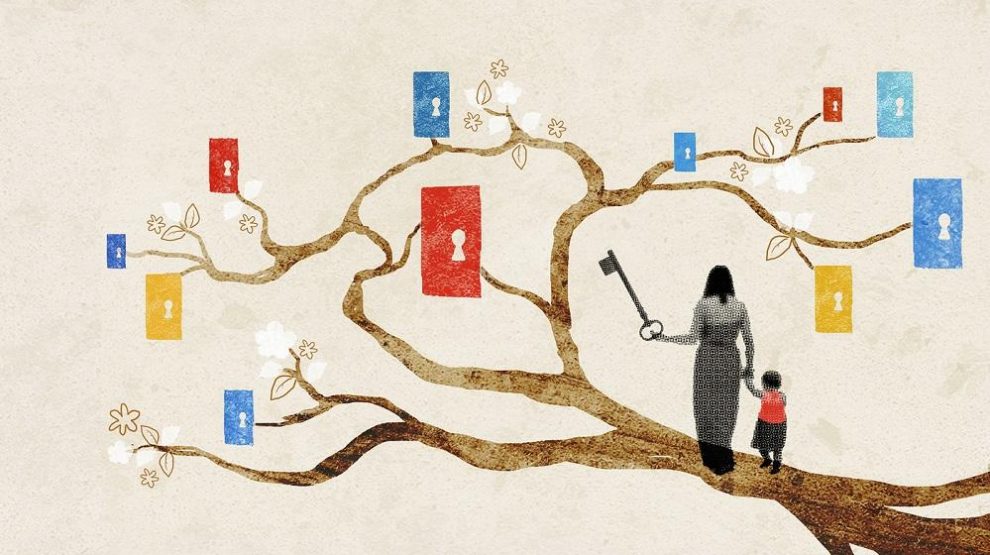 A large number of conflicts arise from the loss of emotional connection between people. Human beings are rational beings and deeply emotional beings, so it is very difficult to reach a focus on solutions if we have lost the connection with the other person.

In order to understand what we mean when we talk about emotional connection, it is important to keep in mind a series of elements:

Characteristics of the different evolutionary stages

Basic notions about the functioning of the brain

A brief analysis of the emotional evolution during the first years of human life can help us to understand later behaviors.

Emotional evolution during the first years of life

0-1 year stage: This stage is characterized by the development of the motor system, it must go from horizontal to vertical, and most efforts have this objective. The important thing in this period is to observe and respond. If this stage is treated properly, it will be helping the child to develop confidence and practical competence, to have a goal and to achieve it; on the contrary, if it is not attended to properly, mistrust may be what prevails in its development.

Stage of 1-2 years: The creature continues to develop its motor system, but the difference is that it has already achieved verticality, its field of action is wider, and its anger can also be deeper, since it is more aware of everything what surrounds him but cannot reach it. Continue to develop the concept of trust-mistrust.

2-3-year-old stage: In this stage, boys and girls carry out an important development of communication, putting it into practice with those around them. They have a desire to do everything themselves, an opportunity given to us to foster their independence. The failures and ridicule to which they can be exposed for their mistakes, can generate doubt and shame. Likewise, excessive demands can also generate such a feeling, or extreme voluntarism. An assertive accompaniment in this period will contribute to the development of children’s autonomy.

Stage 3-4 years: In this stage movement and communication are already mastered, so the demand for power may appear. At this time it is recommended to work with the yes, recognizing the achievements of girls and boys. In this period, if real time is spent teaching them how to do things, they learn efficiency. Remember that recognition of achievements is not related to positive reinforcement, they are very different concepts and that we will analyze in another section.

Parts and functions of the brain

Another element to take into account to improve emotional connection is a schematic division of the brain, as well as a brief explanation of its functions. It is a division and a description with a purely didactic objective. We must bear in mind that the brain works interconnected with each other.

In a very schematic way, we can divide the brain into four parts:

Right hemisphere (1): it is emotional, experiential and non-verbal. He specializes in images, emotions and personal memories.

Must Read: Active methodologies for the classroom: which one to choose?

Left hemisphere (2): it is logical, literal, linguistic and linear (order)

Lower part: includes the brain stem and the limbic system (they would be the instinctual and emotional systems). It has, among other functions, taking care of basic functions, impulsive behaviors, emotions, and attack and / or flight responses.

Upper part: it is made up of the cerebral cortex. This part is more evolved, and is responsible, among other things, for making decisions and planning sensibly, controlling emotions and the body, understanding oneself, feeling empathy and having a sense of ethics. The cognitive-executive functions of the brain are established.

When we are born our brain is immature. According to some authors, up to the age of 22 the upper brain is not fully developed (3), and during the first 3 years of life, and from a developmental point of view, the functions of the right hemisphere prevail in childhood, a fact that explains many of their behaviors.

So that our behavior is not characterized by impulsiveness, immediacy and lack of precision, it is necessary that there be a horizontal integration of both hemispheres, as well as a vertical integration, of the lower brain with the upper brain.

When we speak of integration we refer to actions aimed at achieving a balance in the systems described above, that is, actions that seek to maintain the emotional and rational connection. When these actions are directed by the adult towards childhood and / or youth, we can speak of co-regulation. Knowing what steps to follow in these situations will allow you not to fall into power struggles or hermetic attitudes by any of the parties.

There are authors who tell us that the language of emotions is non-verbal language, and that is why at times when responses that we could call pro-survival prevail, that is, impulsive, non-reflective and imprecise responses, words can be left over. The first suggestion is emotional regulation.

When as adults we are acting from the integration of the systems described above (right and left hemispheres and lower and upper part of the brain), it is much easier for us to contribute to the co-regulation of that other person who at one point has lost this integration and is having a pro-survival behavior.

After regulation, emotional connection is recommended and finally the focus on solutions. This regulation-connection-reflection suggestion applies regardless of the age of the person with whom we want to communicate. It is very possible that at a very early age, that child still cannot reflect on what happened; yes we can, with our own behavior, show an alternative to the action carried out by the infant.