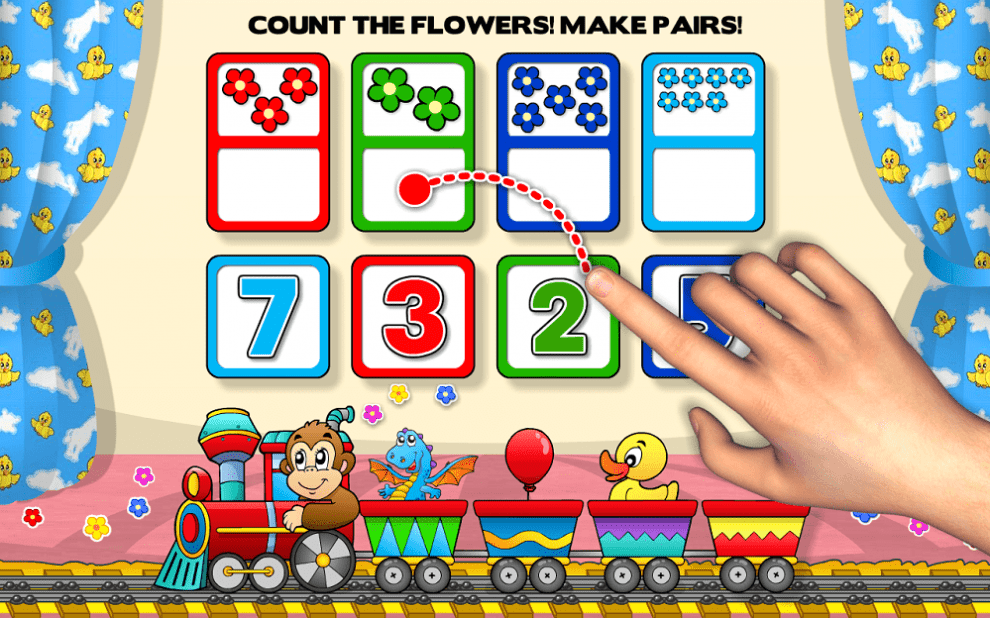 In preschool age, the child’s personality is practically formed. The child already has his own view of the world and is aware of his position in society. In addition, he develops a desire for knowledge and develops the ability to memorize large amounts of information. Educational games for kids online 6-7 years.

Therefore, the age of 6-7 years is the best period for the active development of children’s skills. Experts recommend developing the child’s abilities in the format of various games, so the information is better absorbed, and the baby does not feel tired and does not lose concentration.

Examples of educational games for children from 5 to 7 years

Ask your child to guess the number with an oral count, for example, if you add 4 to the number, you will get 8. After the correct answer, switch roles.

For this game you need to cut out of cardboard petals and flower core. An arithmetic operation is applied to each petal: subtraction or addition. Before attaching the petal to the core, the baby needs to solve the example written on it.

Numbers in a row

Arrange the cards with numbers from 1 to 10 in random order and ask the child to arrange them in ascending or descending order.

This exciting game perfectly develops the skills of verbal arithmetic and imagination. Draw ten houses on paper and number them. Then write simple addition or subtraction examples on several rectangular cards (sheets), the solution of which will be numbers from one to ten. Invite your child to solve examples to find out which postman’s house each letter should be delivered to.

This game can be played by several players. Lay out cards with different letters on the table and ask the children to make words out of them. The winner is the one who will make the largest number of words from the suggested letters.

You say different words, and the child must count the number of syllables in each of them and clap his hands the appropriate number of times. Each time the pace can be accelerated.

Come up with a word

Give the child a few consonant letters and ask them to make words in which they are all present at the same time.

After reading the story, ask the child to name 3 good and bad qualities of each of its characters, arguing their point of view.

This game requires multiple players. Children should come up with as many pairs of opposites as possible, for each of which a chip is given. Accordingly, at the end of the game the winner is the one who collects more chips.

Come up with a fairy tale

A great game that develops not only language but also logic and imagination. Invite your child to tell you a story, such as the adventures of their favorite cartoon character or soft toy. If the task is difficult, try asking a series of leading questions or suggest several possible scenarios.

Foreign language skills are also very easy to develop through games. Such classes will give the child an advantage in elementary school, especially when entering a school with in-depth study of English.

In the world of modern technology, when almost every child has a gadget, you can develop their skills and abilities anywhere and anytime. On the Internet it is easy to find a large number of educational online games for children 5-6 years absolutely free. However, to avoid negative consequences for vision, this way of spending time should be dosed.