Home » Technology » Dyson Zone: the headphones with integrated air purifier will be released in 2023 at $949 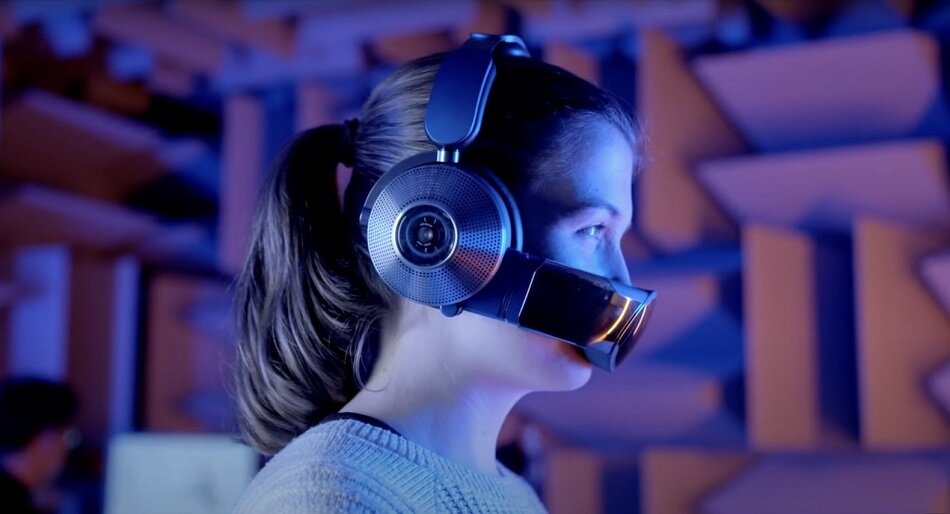 The Dyson Zone are active noise canceling headphones like no other. It has equipped with an integrated air purifier to protect against urban pollution by filtering up to 99% of particles. Its launch has scheduled for 2023 at $949.

The English giant specializing in vacuum cleaners, purifiers, hair dryers and fans is preparing to launch its first headphones. Announced earlier this year, the Dyson Zone are active noise-canceling headphones with a built-in air purifier. Dyson has now just revealed that the Zone will launch in March 2023 for $949. It will initially be available in the USA.

The Dyson Zone has the perfect accessory for cosplaying the super villain Bane. But you’ll have to prepared to pay almost twice as much as for the Apple AirPods Max. This price difference has explained by the built-in air purifier to protect against urban pollution and all harmful particles in the air. According to the English company, it filters up to 99% of particles, even the smallest of 0.1 microns.

At launch, the Dyson Zone will be available in two colours: Ultra Blue/Prussian Blue and Prussian Blue/Bright Copper. The latter can only be purchased from Dyson. In return, it will be sold with some additional accessories such as a second electrostatic carbon filter, a flight adapter kit and a flexible storage pouch.

Tech spec-wise, the Dyson Zone is capable of canceling up to 38 decibels of noise with its 40-millimeter neodymium drivers. The dedicated headset application also allows you to choose between three audio equalization modes. As for autonomy, the Dyson Zone has equipped with a 2,600 mAh battery. If the built-in air purifier dubbed Visor hs n’t turned on, the headphones can get up to 50 hours of battery life. It loses 4 hours of battery life if the air purifier is turned on to low filtration mode. The medium and high modes obviously consume even more battery. It takes about 3 hours to charge the Zone from 0 to 100%.

For air filtration, electrostatic filters composed of a double layer with potassium-enriched carbon. The air purifier can thus capture harmful gases such as ozone, sulfur dioxide and nitrogen dioxide. Filters should replaced every 12 months. The Dyson Zone has also supplied with a brush to clean the visor.

Finally, the DysonZone will not be available on store shelves when it launches in March. Dyson initially planned to accept pre-orders before making its headphones available on its website. Stocks apparently rather limited, but Dyson did not give more details on this subject.