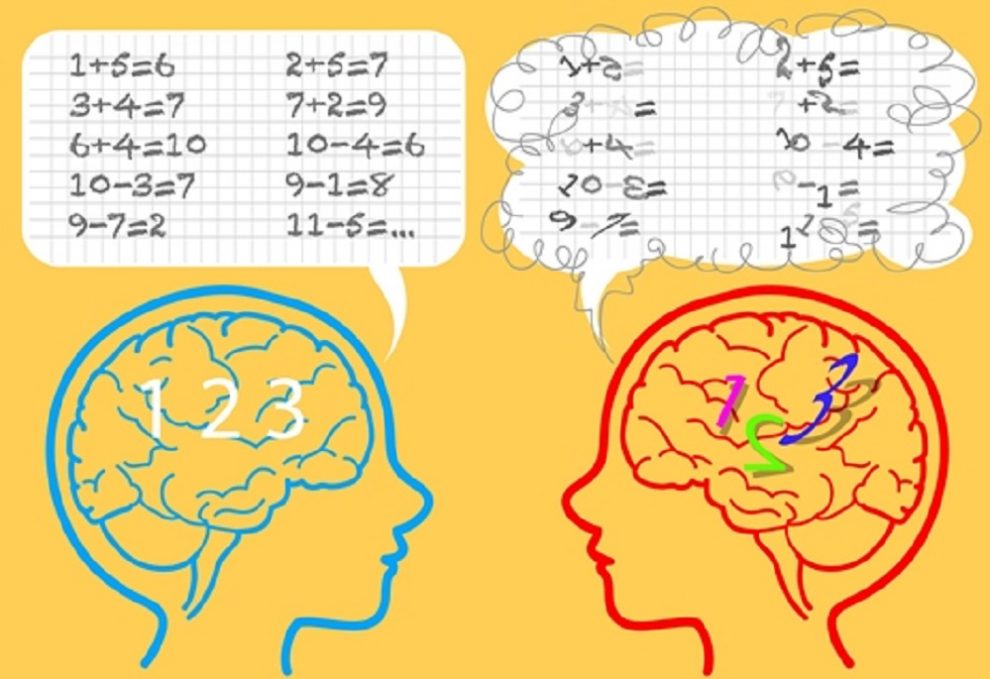 The numerous problems caused by dyscalculia do not have to mean only problems with learning math’s at school, but most importantly, yes. This specific difficulty hampers the normal life of adults, especially those who, during their school career, were not covered by pedagogical therapy appropriately adapted to their difficulties.

People with dyscalculia may experience difficult moments in everyday life, for example at the cash register, when you have to pay in cash. They never know what to answer, when asked, for example, how many meters are there to the nearest store, or when, for example, they should pour 200g of flour into the dough. Not to mention the torment of paying fees, dealing with offices or banks. They may be able to spend money easily (especially when they can pay with a card) because they never quite feel the value of money, it is an abstraction for them.

Persons affected by dyscalculia are not able to achieve proficiency in mathematical processes adequate to their developmental age, although their intelligence is normal, they are motivated to take up further, difficult challenges in the field of mathematics. Dyscalculia only occurs when the mathematical age is clearly below the age of mental development.

Dyscalculia belongs to a group of specific learning difficulties, as does dyslexia – difficulties in reading, dysgraphia – ugly, illegible handwriting and dysorthography – that is, problems with making numerous mistakes while writing. This term comes from Latin and means exactly – difficulties in counting. It is a disorder of mathematical abilities, the causes of which are to be found in genetic determinants, passed down from generation to generation, or inherited related to certain abnormalities in the functioning of parts of the brain.

Dyscalculia is associated with dyslexia, and it is rarely a pure form of the disorder. Here are some typical and more sophisticated symptoms of school age dyscalculia, broken down into subgroups:

Must Read: Child height: to what age does it grow?

Dyscalculia can be diagnosed in a regional psychological and pedagogical clinic free of charge. Dyscalculia does not always mean problems in learning mathematics, but also other important subjects, such as: physics, chemistry, geography, history, and music that is wherever numbers and counting occur. It can make everyday life quite difficult for a child, e.g. disturbances in spatial orientation, lack of temporal orientation, inability to read maps, poor, reduced motor and sports coordination, difficulties with remembering the rules of the game, difficulties in mastering the notes, problems with finding the right page in the book, trouble remembering the dance steps.

Must Read: Child height: to what age does it grow?

It is important not to confuse dyscalculia with problems learning math. Large deficiencies, arrears, and negligence on the part of parents may give the child the same symptoms, but if such a person, after explaining exactly how, for example, to solve a given task, does it slower but correctly, it is simply educational neglect, not dyscalculia.

Suggestions for exercises to improve disturbed functions in dyscalculia:

A teacher who has a child in his / her class diagnosed with dyscalculia should:

Reduce the requirements as far as possible, adapting to the difficulties, to its deficits,

Allow the student to count on their fingers, on particulars or on a calculator, as a last resort to use a ready multiplication table or a mathematical table with geometric formulas.

The worst thing is not to let your child do anything and increase their hatred for math and for themselves. Dyscalculia does not go through alone, you have to work with your child a lot and systematically, in an atmosphere of peace and understanding. The child should also participate in pedagogical therapy at school, be it in a psychological and pedagogical counseling center. The goal of therapy must be that the child is ready to deal with math as such. Of course, systematic cooperation in the field of child-parent-teacher is very important. Specific problems in learning do not have to mean that the child will be crossed out of school, he or she can be great in other areas than mathematics. Each child can be successful and be fulfilled, happy and valuable in the future. The life of a person affected by dyscalculia is not simple, the numbers are found everywhere in everyday life, they appear everywhere, on the street, in the shop, on TV, on the Internet. However, the most important thing is to catch such a child in advance, because diagnosis and therapy started early gives a good chance for a good life in the future. Even a single, decent discouragement to mathematics can result in disgust for less for the rest of your life. 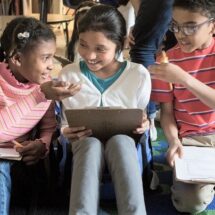 What is a bilingual school? What does science look like in it?