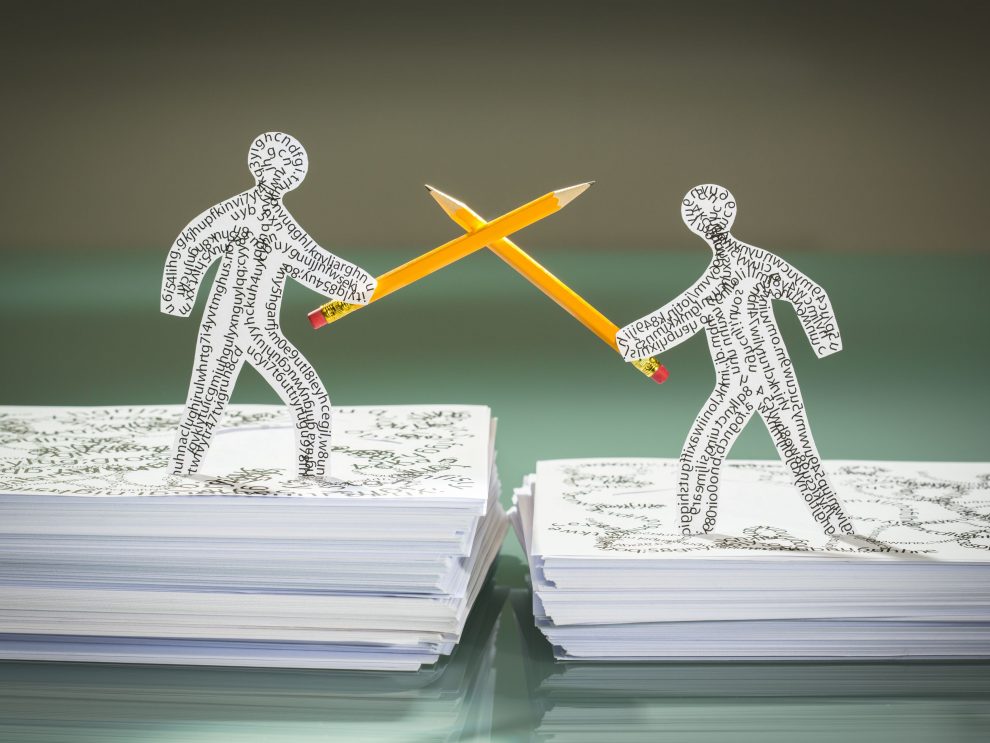 Conflict arise from time to time in almost every group of people. Sometimes conflicts are the result of a conflict of interest, other times they are the result of a difference of belief or value. Most often, the causes of conflicts are perceived in the personality of people, for example in their tendency to dominate and impose their opinion. Rather, personality enhances conflict for a different reason. It is worth realizing that the existence of a conflict between people paradoxically indicates their freedom, because only free people can freely express their opinion. If the school had been managed in a directive manner, like a military division in wartime, then conflicts would have been greatly reduced.

We are generally afraid of conflicts and their consequences. These include disorganization of work or bad relationships between people and the related costs emotional. Of course, all these effects have a negative impact on the school’s performance. It is useful to consider when conflicts have such negative effects. First, when they run in hiding. The conflicting parties seemingly communicate normally, but under favorable circumstances, they make negative comments and opinions about the other party. If teachers are in this type of conflict at school, the rest of the staff takes one side. This, in turn, may result in the formation of hostile coalitions. Another negative effect of a hidden conflict is that it has a low chance of ending because the parties are not openly communicating with each other. In such a situation, interference from a third party is needed, in this case the school headmaster.

Second, conflicts are ruinous when the person is attacked, not the problem. Using offensive epithets strikes the other person’s self, which evokes strong emotions and a desire for retaliation. Conflict in such situations escalates and usually ends destructively for both sides.

Third, a conflict has negative consequences when there is not the slightest will to agree on both sides. The cause here is our self again. An agreement may be perceived as a failure, and this damages self-esteem.

Fortunately, conflicts give you the chance to build a relationship at a higher level. The achievement of this effect is related to the maturity of the persons in conflict, and often to the wisdom of the conciliator. Why Can Conflict Build Up?

Firstly, because it gives you the opportunity to reveal your needs, expectations and attitude towards the other person. Many conflicts arise from making assumptions about the other person. We often feel that others are just like us. This applies to attitudes towards work, views or even values. We look at people through the prism of our age many times. Younger people attribute little flexibility and conservative habits to the older ones. On the other hand, the elders may not accept the style of behavior and practices of young people. From here it is only a small step to the dispute. Thus, an important condition for a constructive resolution of a conflict is tolerance towards difference.

The second condition is self-distance. As shown by psychological research, most people have an inflated self-esteem. One manifestation of this effect is the belief that we are better than the average person. They show, for example, that over 80% of respondents believe that they have a better sense of humor than the average person. This regularity extends to other spheres as well. Since we feel better, it is all the more difficult to accept that we can be wrong. In real conflicts, the fault is often on both sides. If we are unable to admit that we are wrong and take responsibility for it, then the conflict will continue, with destructive consequences.

Must Read: Empathy in the teacher student relationship

Finally, the third factor that can make a conflict constructive is a genuine willingness to get along. Many people derive psychological benefits from being in conflict. For example, it gives them an argument about its validity, it provides the stimulation they need, or it justifies the belief that they are fighting for a “good cause.” These are generally illusory benefits. Only when you become aware of the actual justifications for the dispute, you can reach an agreement. The fulfillment of the three above-mentioned conditions gives a chance for a constructive solution to the conflict.

The conflict can be viewed from two points of view. The first is the perspective of the person directly involved in the conflict. In this case, the three conditions discussed above contribute to a positive resolution of a difficult situation. The second view concerns the observer, that is, the third side of the conflict. Very often it has a direct impact on the course and outcome of the conflict. We deal with various conflicts in the school environment. They can run between teachers, between teacher and student, or between teacher and parents. A natural third party in such conflicts may be the school head. Therefore, he should have the knowledge and skills to resolve disputes.

Let us present the three most common ways of interfering with a conflict situation by a third party. It is best to show their essence and differentiated effectiveness on the example of one dispute between teachers. Suppose one teacher took the class after another teacher in a given subject. The new educator gently challenges the class of his predecessor’s teaching in front of the class, being right in many ways. However, this information reaches the teacher assessed, who in turn has a negative opinion about the competences of his adversary. The situation was getting tense, the headmaster decided to react.

The first strategy he can adopt is to summon teachers to him, listen to their side of the story, and arbitrarily decide which one is right. This method is called arbitration and is the usual method of settling disputes in court. However, this is not a good solution in the school environment. The judge in court pronounces the verdict, and the persons in dispute must comply. Moreover, very often these people are not in a relationship with each other. It is different at school, where teachers are in contact with each other and stay in the same social environment. The feeling of injustice of the judgment prolongs the conflict, and often even escalates it. In general, resolving a conflict at school by means of arbitration will not be effective, unless it concerns very formal issues, such as adherence to certain procedures. In the case described above, where strong negative emotions are born, you have to approach the problem differently.

The second way is to call on both sides to resolve the conflict on their own. The principal may argue that the conflict has negative consequences for students and spoils the atmosphere among other teachers. Besides, the teachers are mature, so they should settle the dispute on their own. An additional element of this strategy is the announcement of sanctions in the event that the conflict continues. This solution, although better than arbitration, also has its risks. Giving the initiative to teachers and appealing to their maturity on the surface seems accurate and sometimes even effective. However, the school principal has no influence on the effectiveness of resolving this conflict. It is common for both sides to simulate a conflict resolution to avoid sanctions. In fact, the dispute is taking new forms. The described method of interfering with conflicts is called admonition and is often an expression of the helplessness of the school head. A similar method is often used by teachers towards students, parents towards their children or managers towards their subordinates.

Admonition can be effective as long as the people involved in the dispute are truly mature and willing to get out of this difficult situation. The domination of the participants in the conflict and the serious reason for its initiation significantly weaken the effectiveness of admonition. It sometimes happens that the announcement of sanctions causes the participants of the dispute to find a common enemy, the director. The dispute between the teachers is under control, but it has created another conflict between them and the principal.

Mediation is the third conflict resolution strategy. The role of the director is to work with the parties to the dispute in order to find a solution for them. The director acting as a mediator is impartial and takes care of the process of getting along. Mediation is by far the most difficult method of dispute resolution, it lasts the longest and requires a lot of interpersonal skills. However, their effects are the most durable. The mediator does not impose a solution, but is the guardian of the consent process. There are useful methods of having this kind of conversation. In the case of a school, the headmaster using mediation in this process leaves his role, which requires high social competence. In extremely emotional situations, the mediator initially communicates separately with each of the parties, thus preventing the escalation of emotions. It is only when the parties are ready to meet directly that the mediator initiates and conducts talks. 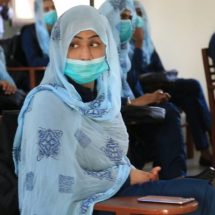 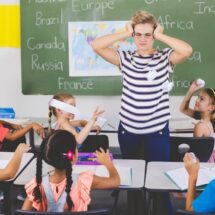