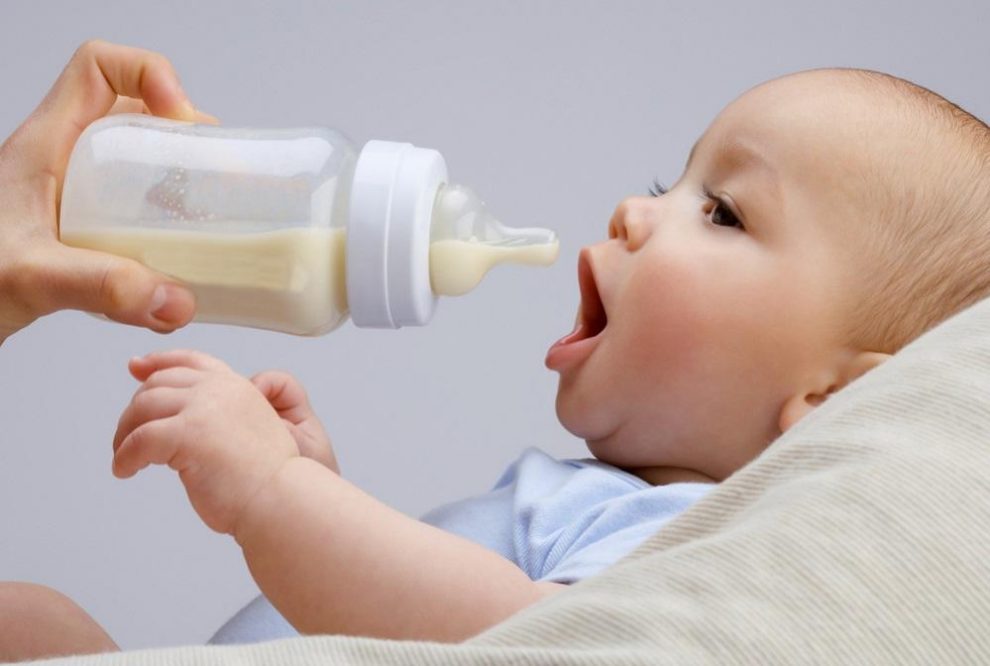 A bottle-fed baby can ingest more than a million pieces of microplastic every day, new research revealed Monday, highlighting the abundance of plastic in our diets.

There is increasing evidence that humans consume large amounts of the tiny particles that are produced by breaking down larger pieces of plastic. However, very little is known about its devastating health effects.

Researchers in Ireland looked at the release rates of microplastics in 10 types of baby bottles or accessories made of polypropylene, the most common plastic used in food containers.

They follow official World Health Organization guidelines on the conditions for sterilization and manufacture of formula milk.

Over a 21-day test period, the team found that the bottles emitted between 1.3 and 16.2 million plastic microparticles per liter.

They then used this data to model the potential exposure of infants to microplastics from bottle feeding around the world, based on national average lactation rates.

They estimated that the average bottle-fed baby could ingest 1.6 million plastic microparticles each day for the first 12 months of life.

Must Read: Will masks become a mandatory part of our lives post COVID?

The authors of the study, published in the journal Nature Food, said that sterilization and exposure to high water temperatures had the greatest impact on the release of microplastics, averaging between 0.6 million particles per liter at 25 ° C and 55 °. C is millions / liter at 95 ° C.

The authors told AFP that the aim of the study is “not to make parents worry” about the potential health risks of bottled microplastics.

“We have reported, as far as possible, that we are not aware of the potential health risks of ingesting microplastics in infants,” said the team at Trinity College Dublin.

“This is an area of ​​research that we are currently actively pursuing.”

The authors found that babies in developed countries tended to use the most plastic – 2.3 million particles per day in North America and 2.6 million in Europe.

This is due to the relatively low levels of breastfeeding in wealthy countries.

They said levels could easily be lowered by taking some additional steps, including rinsing bottles with cold sterilized water and preparing formula in a non-plastic container before filling the bottles.

Faye Cuseiro, a senior researcher in biogeochemistry at the University of Portsmouth, said Monday’s study underscored “the importance of studying the effects of microplastics on human health”.

She said it was important not to “worry” about “bottle feeding,” which many parents love for a variety of reasons.

“The risks of not sterilizing bottles or using hot water are well understood and very real. The risks of this known disease must be greater than the risks of making microplastics until the risks to their health are understood,” said Cuseiro, who was not in the study involved. Reuters