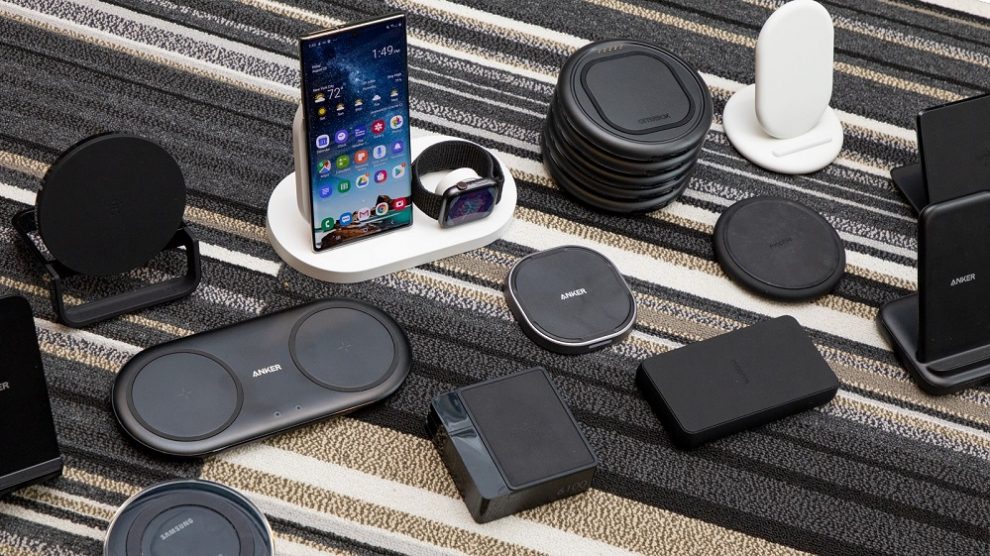 Best Wireless charger have been around for a relatively long time, but only in recent years have they become more popular on the market.

With the support of QI wireless charging technology, these products have become even more popular, especially among smartphone users. Unfortunately, there are other technologies for wireless charging, which prevents the creation of a standard for the same.

If there was a standard, wireless charging would be as flexible and compatible as possible with most devices.

But each manufacturer chooses what technology to use and with what devices to be compatible.

However, the most popular remains QI technology and there is a good reason for this – smartphones.

Samsung and Apple mobile leaders use this technology. In fact, Samsung was the first to introduce it, but Apple quickly caught up with them. Thus, most mid-range and high-end smartphones of both companies support both wired and wireless QI charging.

This, of course, is good news because not only do they produce wireless chargers using this technology, but so do many other known and unknown companies.

How exactly does wireless charging work?

Although hard to believe, wireless charging has been around for over a hundred years. In fact, Nikola Tesla discovered and showed it at the end of the 19th century. It produces vibrations through a magnetic connection and so electricity is transmitted through the atmosphere. Tesla’s discovery was revolutionary.

Unfortunately, it has not received much attention for decades. This was mainly due to the lack of scientists to test and further develop the technology. But years later, a clear concept emerged of how wireless charging works, and things began to move.

Wireless chargers come in a variety of shapes and sizes. There are basically three types and each of them has its advantages and disadvantages. There are models that will do you a better job than others, but it depends entirely on your personal preferences.

Before deciding what shape and size charger to take, it’s a good idea to consider exactly how you will use it, as well as your smartphone.

So you can use it while working in front of the computer or when you need to remove it from the charger without the need.

And if you charge your smartphone mainly at night while you sleep, then a horizontal charger would probably be more convenient for you. As mentioned, it’s all about your personal preferences and whether you intend to use your phone while it’s charging.

Let’s take a closer look at each of the three types of wireless chargers according to their shape and size:

These are probably the most used and known wireless chargers. They are like a small round plate. Charging with them is easy. Just place the phone on the charger and it starts charging. Usually these chargers have a stylish design and are very convenient. You should know that they also have some disadvantages.

Because they are horizontal while the phone is charging, it will be difficult for you to handle it or see its screen, especially if you are sitting down. In general, using the phone without removing it from the charger is almost impossible.

Horizontal round wireless chargers are relatively compact and do not have a large charging area. For optimal charging, you will need to target the area at least until you get used to it. If you do not intend to use your smartphone while charging, a charger of this type would be more than enough.

This type of chargers are very similar to the previous ones. The smartphone is again placed in a horizontal position on top. However, they are not as thick and solid as the round ones. Their shape is not round, but square or rather rectangular. These chargers offer a much larger charging area. Many models support and can charge more than one device.

Horizontal rectangular wireless chargers have exactly the same disadvantages as round ones. If you are not going to use your devices while charging and you have more than one that you charge wirelessly – this is the better choice for you.

For most people, these are the best chargers in terms of convenience. Their main advantage is that they are like phone stands and the latter faces the screen against you.

This allows you to use your smartphone while it is charging. This type of wireless charger is an excellent choice for anyone who charges their devices at any time and does not want to lose the convenience of using them while on the charger.

One of the most important things about wireless chargers is the speed at which they charge. This is the reason why wireless chargers are still not as massive as wired ones. The latter charge much faster, especially when they support fast charging.

Until recently, wireless chargers were very slow and not an adequate enough option for charging smartphones and other mobile devices. Fortunately, the manufacturers quickly caught up and at the moment their loading speed is more than acceptable.

Most models on the market generate a maximum charging power of 5 watts.

That’s enough, especially if you’re one of those people who charges your phone at night. If you also plan to have recharges during the day, it may still be a good idea to keep a fast wired charger on hand. If you want to use your smartphone continuously while it is charging, a 5-watt wireless charger will not be able to charge the battery because it will probably discharge at the same rate.

There are also wireless chargers with a power of 7.5 watts, which are a better option than 5-watt.

Of course, they will only charge at full capacity if the phone supports such fast wireless charging. But in general, these chargers will charge two and three times faster than the 7.5 and 5 watt models, respectively.

Use in the car

You will probably want it to be in a central place where you can see the phone well. This will allow you to quickly and easily answer a call, view a map or route from GPS, etc.

Many consumers wonder if it is best to get a wireless charger with the same brand as their phone. The truth is that it doesn’t really matter. The reason for this is simple. Wireless charging technology is just beginning to enter massively and develop.

Most manufacturers of such chargers still do not limit them to work with only one brand or type of mobile device.

Thus, most wireless chargers that use QI technology are compatible with most smartphones that support it. The problem was solved before it even started. At one point, things with compatibility may not be that simple, but at least now they are. We mentioned QI wireless charging technology, which is currently the standard.

But there are other technologies. Samsung has invented two – Air fuel and PMA. However, QI technology remains the most popular and used, at least for now. It is compatible with most smartphones and mobile devices.

Charging through a protective case

Good wireless chargers charge phones seamlessly, even with a protective case or back. The best models can charge even through cases with a thickness of 5 millimeters.

Most standard backs and cases are about 2-3 millimeters thick, which shouldn’t be a hindrance to most relatively high-quality wireless chargers. Note that if the case is too thick, the phone will not charge optimally or even at all. Also, there should be no metal objects on the back of the phone because they will block the emission of energy.

As long as you don’t use an overly thick or metal back on your phone, you shouldn’t have a problem with your wireless charger.

Wireless charging has significantly changed the convenience of recharging our smartphones and mobile devices. This is why wireless chargers are becoming more and more popular with consumers. They are already found in cafes, shops and other public places.

Most likely, in the next few years, almost every mobile device manufacturer will switch to wireless charging support.

But these are assumptions about the future. If you want to ensure convenience in the present, then choose a good wireless charger. It is advisable to base your choice on what you have read in this guide, as well as on your personal preferences and budget.

To make it even easier for you, we have decided to present you some of the best wireless chargers on the market at the moment.

Official wireless charger for all Samsung mobile devices that support the technology. The charger weighs only 167 grams and is black.

It has a charging capacity of 1 ampere / hour and operates at 5 and 9 volts output voltage.

Universal wireless charger of the Chinese giant Huawei, which works not only with their smartphones, but also with all other devices that support the technology.

The charger is powered by a USB-C cable that can be plugged into any USB port.

Wireless charging station for up to three different devices. There is a built-in protection against overheating, as well as power failure when detecting metal objects.

The station weighs 368 grams and has a sophisticated design in black. Powered by USB-C cable.

Wireless charger that is suitable for cars. It is completely universal and works with all mobile devices that support the technology.

It has an operation indicator light and supports the quick charge function for compatible phones.

Universal wireless charger that has a compact size and stylish design in black. There is overheating protection, overvoltage protection and an indicator light that reacts when charging or problems with the device.

Wireless charger that works with all smartphones and mobile devices that support the technology. It weighs only 50 grams and is extremely compact.

Universal wireless charger, compatible with all devices of leading brands. The model is waterproof and ultra-thin.

Supports both normal and adaptive fast charging for compatible devices.