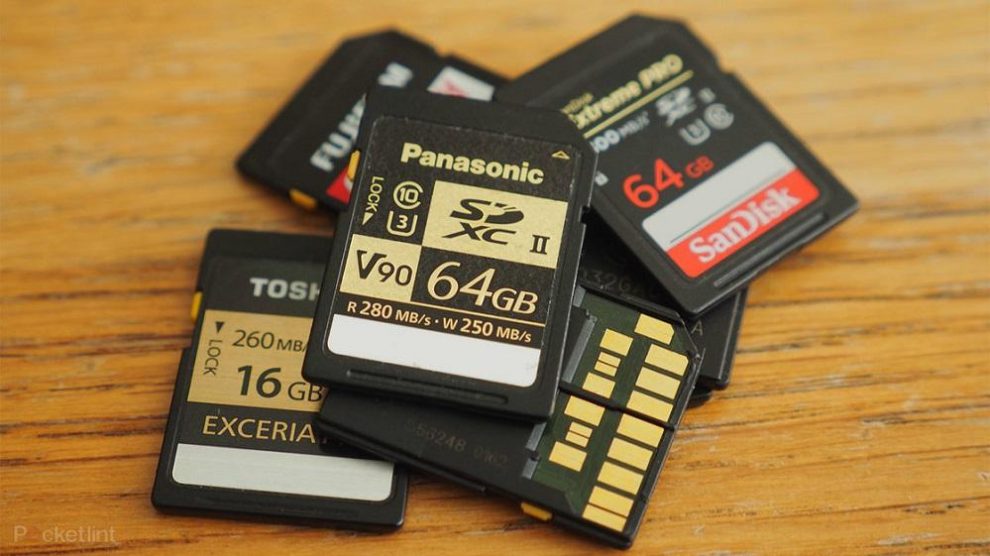 Best Memory cards are now used for almost all electronics – from mobile phones and tablets to cameras and camcorders. They use flash technology and continue to store data even after removal from the device. Nowadays, memory cards have become an invaluable tool for storing all kinds of data – from photos, music and movies to games, applications and business information.

The biggest problem with them, however, is that we need to know how to choose the most appropriate type and model according to the specific purpose for which we will need.

There are just so many different types, brands and models on the market that this task can become a big challenge.

To make it as easy as possible for you, we have created this guide, which will present everything you need for memory cards – so later you can make a much faster, easier and more informed choice.

One of the main sources of confusion is that there are many types of memory cards – SD, SDHC, SDXC, Micro SD, Compact Flash, etc.

What are they and what are the differences – let’s see.

This is the main format for SD cards. The standard SD memory card measures 32 x 24 x 2.1 millimeters and has a capacity of up to 4 gigabytes.

Performance levels are not as good as other types of memory cards.

These cards were introduced to meet the growing demand for a card for storing high-quality photos and videos from cameras and camcorders. They have the same physical size and shape as a standard SD card, but are better in terms of performance and features.

Before taking such a card, make sure that the device you need will support it.

This is a version with even more storage space compared to an SDHC card. SDXC cards start with a capacity of 64 gigabytes, and the maximum can reach in theory even 2 terabytes.

As the name suggests, these cards are similar to SD, but are much smaller in size. Accordingly, they have the same characteristics and performance, but are used in smaller devices such as mobile phones.

Again, things are similar – this is the newer version of MicroSD cards, introduced in 2007. MicroSDHC memory cards can store up to 32 gigabytes and have a data transfer rate of up to 10 megabytes per second.

Similar to regular SDXC cards – these are smaller, but store from 64 gigabytes to 2 terabytes of information. Compared to previous micro memory cards, this one has the fastest data transfer speeds.

It is compatible with devices that have a MicroSDXC slot.

This type of memory card is larger in size than SD cards and has many more connections. They are not as commonly used as SD cards, but offer more capacity and can transfer data at high speeds.

Must Read: Do not set, set again! How to make your course digital

They are usually used by professional photographers.

Different types of memory cards are used in different devices. We will categorize them briefly, but keep in mind that everything is approximate and summarized.

When choosing a memory card, one of the most important things is the storage space that each offers.

The volumes of memory cards increase significantly with each passing year. Years ago, 1 gigabyte was considered enough space, and now 128 gigabytes is standard.

Speed ​​is a very important factor. It depends on how fast the data will be recorded, and for example when recording video in 4K resolution – high speed is mandatory.

The same goes for mobile phones – the faster the card, the faster data will be copied or an application saved. SD memory cards have different classes according to their speed. Speeds are for reading and writing on the map and are expressed in megabytes per second.

Another format called UHS was introduced in 2009 and it applies to SDHC and SDXC memory cards. It offers higher read and write speeds as you might expect.

However, if a UHS format memory card is used with a device that does not support UHS transfer rates, the card speed will be limited to the maximum supported by the device.

For video recording there is another format called V class. It is mainly used for videos.

Note that the data transfer rate is often written on the card itself. You should know that these are maximum speeds – there is no guarantee that they will be reached.

If the speed is written, it will be something like XX MB / S (XX megabytes per second).

It allows higher read and write speeds and thus the card supports the capture of HD and 4K images.

Before that, make sure that the device you are going to use it with supports similar read and write speeds – otherwise you will not be able to take advantage of the high speed of the card.

This format is for video performance and is similar to SD card classes. There are two main classes – VPG20 and VPG65 and the latter allows minimal risk of staff loss.

Like SD cards, Compact Flash memory cards can have their maximum supported speed displayed on them (again in megabytes per second).

Choosing the most suitable memory card

Once you are familiar with the various specifications and parameters – you need to know exactly what to look for when choosing a card.

The first thing is the size – you can’t put an SD card in a MicroSD slot, etc. Check what card the device needs in terms of size and start with that.

The next step is to determine how much memory you want it to have.

Make sure that the device to be used supports a card with the volume you selected.

It’s also a good idea to check what can be stored on certain cards – some are optimized for photos, others for 4K video, others for multimedia, and there are universal ones.

Once you have identified these things, which are the main ones – you can move on to the more complex ones. The first thing is to consider exactly what type of card. Whether you need SD, SDHC or SDXC and if it doesn’t matter so much to you – which is the best option.

Once you have decided, you can move on.

The data transfer speed is also important – the maximum is displayed as XX MB / S or as a specific class. Pay special attention to speeds if you need a DSLR camera card.

Such a camera shoots in great detail and can take an awful lot of frames per minute – if the card is not fast enough, you may later realize that you are missing a lot of frames from your photo shoot. If the device waits, it will be annoying because it will not allow you to take the next frame until it saves those waiting on the card.

High speeds can also affect how quickly card data is copied to a computer.

For video recording, it is good to choose a fast memory card only if you are going to shoot in 4K resolution.

If you look at the class on the map – this is best because it shows the minimum speeds. This is important for people who will be using the video card. The resolution and format of the recordings determine the minimum speed needs.

Thus, if the card supports the minimum video speeds, there will be no loss or decrease in frames.

As it has already become clear, there are many factors to consider when choosing a memory card. However, if you follow the basics and tips in this guide – you will have no problems.

If you still have difficulty choosing a specific brand and model of memory card, you can stop at one of our offers.

The set also includes an adapter to SD size

The card is of the ultra SDXC type and has a capacity of 128 gigabytes. Class 10 is UHS-1 standard. The read transfer rate is 80 megabytes per second. It can store high resolution photos and videos. Transferring to a computer is quick and easy.

The card can be used for compact to mid-range digital cameras and camcorders.

The advantage of the model is that it is resistant to water, extreme temperatures, sunlight and shocks.

The card is of the SDXC type and has a memory of 64 gigabytes. It is class 10 according to the UHS-1 standard. Read transfer speeds are up to 95 megabytes per second.

The card is of the SDXC type and has a memory capacity of 128 gigabytes. It is class 10 according to the UHS-3 standard.

The read transfer rate is 90 megabytes per second.