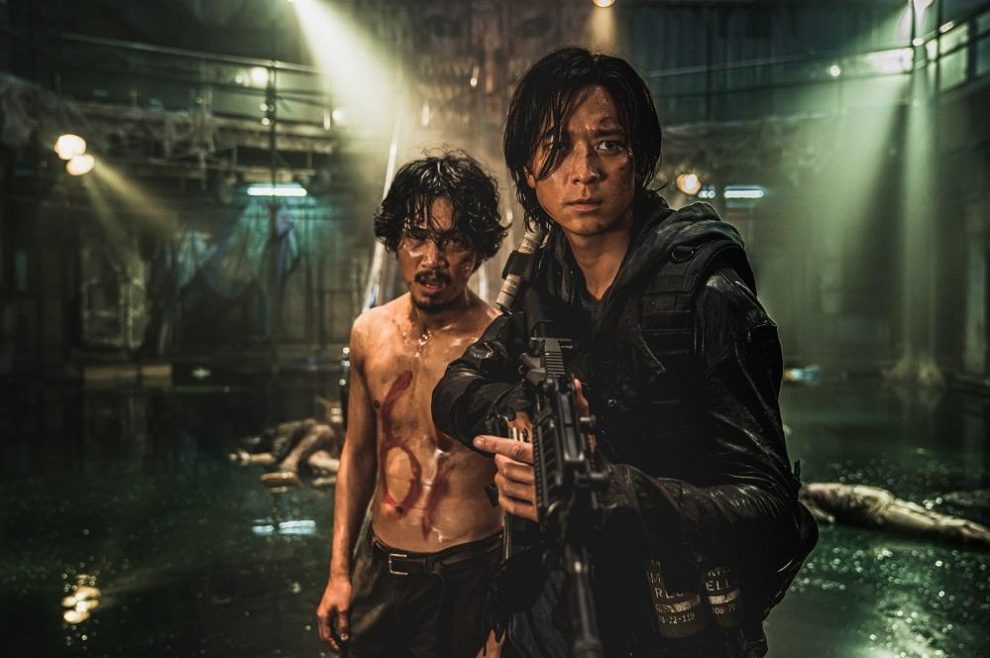 ‘Train to Busan’ was the perfect example that when it comes to zombie movies, you shouldn’t confuse simplicity with simplicity. The starting concept for Sang-ho Yeon’s first live-action film (he had previously directed three splendid animated feature films, including the prequel to his first hit, ‘Seoul Station’) was summed up in just a few lines, but its execution it was overwhelming. Peninsula a very effective Korean action and infected film.

In that one, a father of a family without much time for his daughter has to take responsibility for taking care of her when the zombie apocalypse breaks out as they travel on an ultra-fast train from Seoul to Busan. A couple of superb ideas (the end of the world begins when you are isolated and on the move, and the enemies are not just the zombies, but the tight and confined environment itself) were the fuel for a movie that had just the right doses of sentimentality and action brutal, in the purest Korean style.

Then came a nice superhero demystification film that came to us through Netflix, ‘Psychokinesis’, and which reinforced the intelligent use of traditional genres to inject subversive messages into their plots, as he had rehearsed in his animated films. Now, Sang-ho Yeon returns to the world of ‘Train to Busan’ with a sequel that is not such and that opens in theaters in Spain after several delays due, paradoxically, to the effects of a global pandemic. With its precedent it shares the setting, four years after the original outbreak, but comes with a completely new cast.

This time we have a soldier (Gang Dong-won) who fled from Korea and has to return in search of a truck loaded with money. Once there, he will have to take responsibility for a series of difficult decisions he made in the past and he will meet some survivors of the disaster, although not all are equally peaceful.

Although the zombies of ‘Peninsula’ belong to the variant of infected trotters that popularized films such as ’28 days later ‘or the remake of’ Dawn of the Dead ‘by Zack Snyder and James Gunn, there is a clear reference in’ The day of the dead ‘, Romero’s classic, in the setting chosen for much of the film. In a much more buff tone, yes, part of the protagonists are trapped in a military complex with a small army. They have weapons, they have a lot of infected locked in cages and, above all, they have a lot of free time.

This setting opens the way to a series of interesting staging ideas: the contest, almost television, with which the soldiers subdue the prisoners, confronting them with dozens of zombies while they cheer safely from the bleachers. Or the whole final chase, not by chance the highlight in trailers and promotions, and which is a frenzied chase adorned with literal avalanches of zombies, with a nonchalance reminiscent of the also very trotting ‘World War Z’.

However, the whole is below its precedent. The reason, possibly, is the concise narrative of the first film, which forced us to continually pay attention to the father and his daughter, and the drama that both sustained, simple but very effective. Occasional getting off the train made the synthetic plot not repetitive, but here the protagonists are divided as soon as they begin, and interest is blurred between characters whose fate matters little to us.

Sang-ho Yeon directs the action very well: the incursion of one of the protagonists in the ruthless circus of the military, the aforementioned persecution (yes, due to the abuse of digital effects it is less shocking than the brutal persecutions on foot of ‘Train to Busan ‘) and continuous visual discoveries, mostly related to the organic but inhuman movements of the mass of infected, guarantee a couple of hours of good carefree fun. But in the end, ‘Peninsula’ is in second place in this lethal and wild race.

Randhir Kapoor said, “I was left alone in this house” after Brother Rajiv died