Home » Games » Celebrate Portal 2’s 10th anniversary with the Portal Reloaded free mod: another door leads you to the future 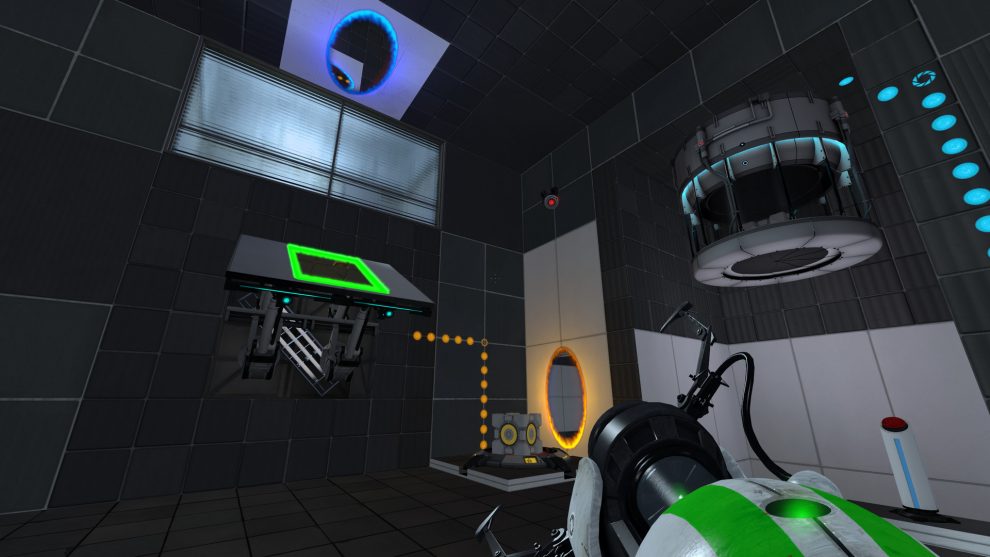 The mod is now available on Steam at no additional cost for Portal 2 owners.

We are celebrating. The mythical and fantastic Portal 2 has turned 10 years old and if you have not played it yet, we recommend that you do so. This timeless masterpiece is one of Valve’s great games and what better way than to celebrate its anniversary with a spectacular new mod that includes a third door that will take you to the future. Yes, as amazing as it sounds, and it’s free!

Some time ago we already told you that some fans were developing Portal Reloaded, a mod that introduces in Portal 2 a third door, green and rectangular, which takes us 20 years ahead when we enter it, giving a new dimension to the video game. The puzzles in Portal 2 gained in complexity compared to the first, thanks to the introduction of new mechanics, but this changes everything completely.

And do not think that grace is alone at the door. The mod is comprehensive and introduces 25 new puzzles, unique puzzle mechanics, new music, and more than 100 voice lines. The mod invites us to think in “four dimensions” while controlling the test subject [4-5-0-9]. This story takes place in the depths of Aperture Science, in a place isolated from the rest of the facilities, where there is some forgotten evidence.

You can download this mod for free from its official Steam page, as long as you have Portal 2 in your library. Will we ever see a Portal 3? Hopefully we have more of the series in the future, but while that happens, the community does a great job expanding the games. By the way, Portal 2 earned a spot on our list of 11 games that make fascinating use of physics.

According to EA, Battlefield 6 will be released in the third quarter of 2021

Ubisoft makes a free version of the division

Battlefield will hit mobile in 2022 to compete with PUBG Mobile and Fortnite
Lemnis Gate, the strategic shooter, wants to immerse us in its time loops this summer on PS5 and Xbox Series X / S
Comment