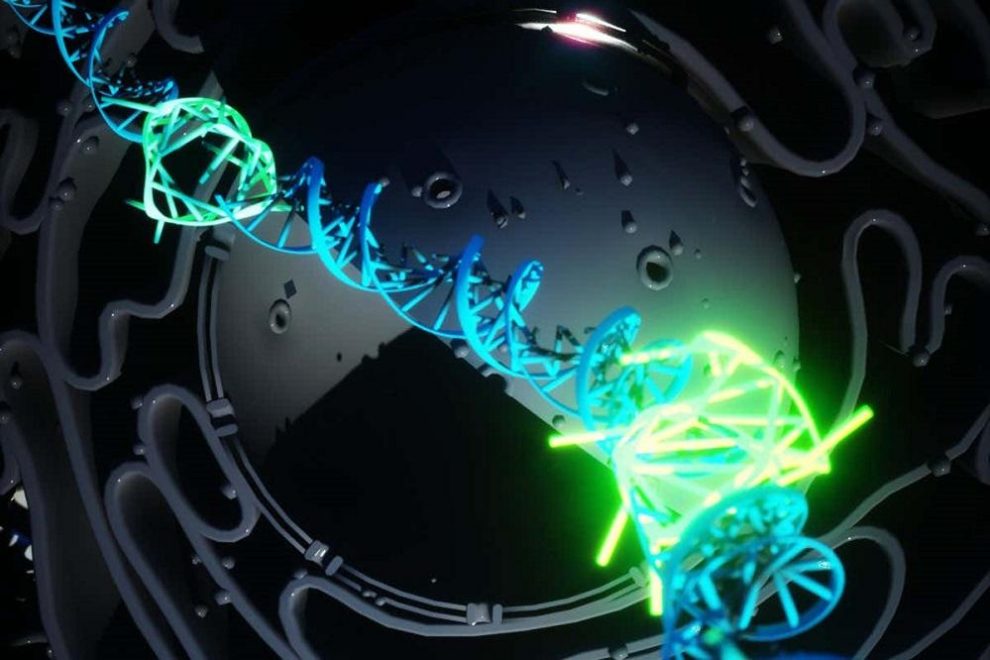 DNA usually comes in the form of a double helix with two strands wrapped around one another. However, for some reason this is not always the case with all DNA, as some of it can form more exotic forms that can be found in the laboratory or in actual living cells. Rare four stranded DNA, first discovered.

Four-stranded DNA known as the G-quadruplex has been found to form in living human cells, and researchers want to know how that might be linked to cancer cell development. The study, published in Nature Communications, was carried out by scientists who have developed a new probe that can see how the G-quadruplexes interact in cells.

Although not much is known about this type of DNA, the researchers hope their new pathway will shed light on how this strange molecule behaves.

According to ScienceAlert, the study sheds light on how certain proteins can decode the G-quadruplex. Understanding can lead to new drugs that will interfere with their activity, especially if they contribute to the growth of cancerous tumors.

Although it plays an important role in many life processes, G-quadruplex DNA is usually found in much higher concentrations in cancer cells. Studies show that they affect the rapid division of cancer cells and can lead to tumor growth.

Must Read: D-Link Strengthens their Cyber Security with IEC 62443-4-1

Researchers from the Department of Chemistry at Imperial College London, led by Vilar ad Kuimova, have collaborated with the Vannier Group of the London Institute of Medical Sciences of the Medical Research Council. They used the DAOTA-M2 chemical probe to explain the presence of G-quadruplex in living cells and observe how long the fluorescence would last.

This method can be used to study this rare molecule. Dr. Marina Kuimova says this could help remove the difficulties that prevent the development of a reliable probe for the four-stranded DNA structure.

Investigation of the G-Quadruplexes in Living Cells

According to a press release from Imperial College London, helicase plays a role in releasing and destroying four-stranded DNA. Dr. Jean-Baptiste Vanier explains that their new method helps them study the ability of other molecules to interact with G-quadruplexes in living cells.

They found that if a molecule was introduced and bound to the four-stranded DNA, it would replace DAOTA-M2 and thus shorten its lifespan. This means fluorescence also stops.

Professor Ramon Villar believes their method could one day help develop drugs effective against cancer cells, as well as understand them. Another lead author, Peter Summers, said that the project was a great opportunity for multidisciplinary collaboration that would not have been possible without the expertise and close working relationships of the three research groups.

They intend to work more closely together to enhance the properties of chemical probes in studying new biological problems and to better explain the role of the G-quadruplex in living cells.

He also helped researchers identify two proteins known as helicases that can decode G-quadruplex strands and develop a cracking process for them. Reuters