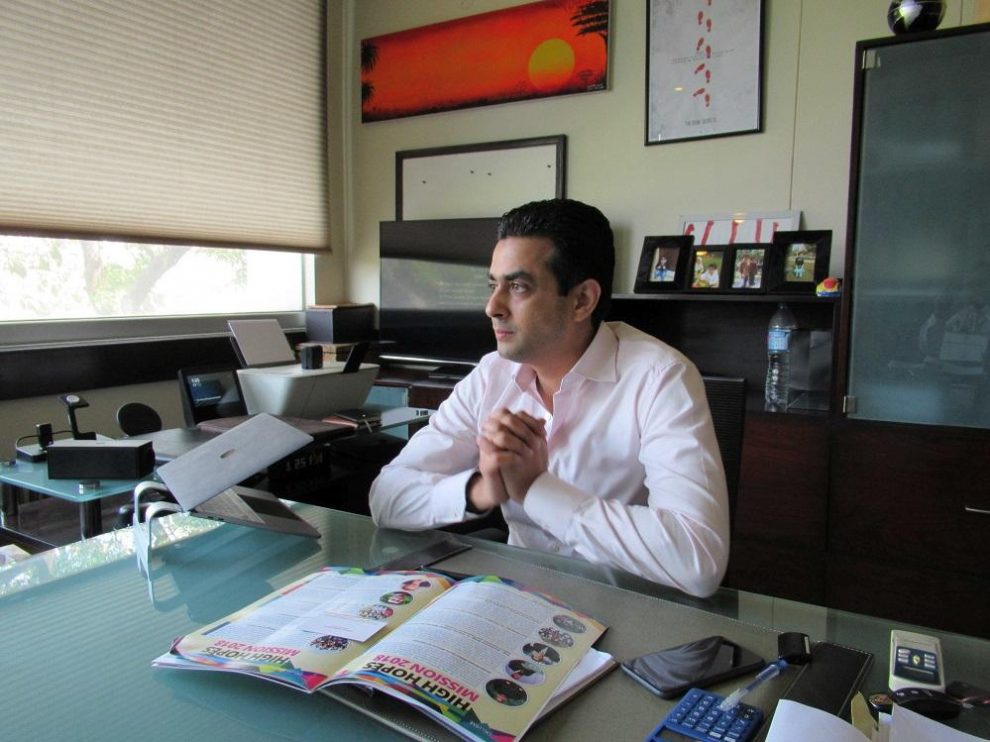 Mr. Syed Sheharyar Ali (Son of Syed Shahid Ali IOC Member in Pakistan) is serving as the President of Punjab Baseball Association (PBA). After returning from Saint Louis University, USA in 2001, Syed Sheharyar Ali became one of the youngest directors of Treet Corporation Limited. He had been linked with various reputed organizations and associations. They should never mislay hope and secondly never give-up to failure and don’t fear of the failure.

Ans.If I am not wrong, Pakistan is having one of the biggest educational setup in the world that includes from district level to regional level, from rural to urban even from private to government level but it is in a very complex shape. We have a complex network of schools, colleges and universities. But at the same time, this setup is also under-developed, on one side we have “Danish School” on the other hand, we have schools in privileged areas that are in worn-out condition. So, yes, we do have a break down in our educational system which is mostly because of some wrong policies of government.

Ans.Government should not establish few Danish schools rather than that with the same money they should renovate the existing schools. In short they should start from grass-route level. They should revive the schools that are already constructed but just needs a little of refurbishing. Similarly, government rather than giving a single laptop to a single student, should build computer labs, where one system might be used by a huge number of students.

Ans.In my view, the way government is spending a huge amount on the infrastructure of the state’s roads and highways, will all be wasted if we would not have educated citizens. The same huge budget that is been spent on the construction of roads, underpasses should also be used for our education sector as well, which would benefit more than these bridges etc.

Ans.Young students are the future of Pakistan; it’s them who are going to make Pakistan a better and an advanced state. If government gives lead to their education than in next twenty years I see drastic changes in our education system and ultimately in our country’s status as well. But at the same state, I would say with no doubt that there is some sort of development but not to that altitude, to which it should be.

Ans.I personally think this project won’t be that much over-whelming as it sounds. At one side Gwadar would be a new deep port like Dubai but on the other hand we will be having a huge debt on our country in the form of loans. We will have to pay interest for China’s project, as this project is mainly built for China or the Chinese people not Pakistan.

Ans.If I am going to get a chance to coach the National Sports Team of Pakistan my first priority would be, selecting a team or people on the bases of merit which will be done on strong and fair grounds of talent. Apart from this, I believe women should also come up in this sport and in other sports as well and represent Pakistan on both National and International level. So, special steps would be taken to encourage women teams and proper provision based on organised pattern would be adopted for their training.

Answer. I believe,now it’s the time when we have to give our 100% in every field to bring stability in our country and to increase the success ration of both; our people and our country.We should play a role as a true Pakistani and bring a desired change. Bring your passion to work, as it is not the time to think, but to act upon your aims and that can only be possible if you are raising brilliant students and concerned citizens.

Ans. I would say youth and especially students, though of any age – should have a firm believe on themselves. They should never mislay hope and secondly never give-up to failure and don’t fear of the failure. Make as many mistakes as you can, because the best way of learning is through the element of mistakes. Even when I was in my teenage, I use to get dishearten if I fail to gain any achievement but I never lost hope or gave up at any point. This is the key factor of success, to note your mistakes each time you fail and keep trying again and again till you succeed.

Mr. Shahid Warsi is the CEO of Association For Academic Quality

Mr. Muhammad Jawad Siddiqi is the Operations Head of The Knowledge School Network

Saba Faisal is the National Director, SOS Children’s Villages Pakistan
Diversity is the Individuality of Every Person
Comment